No End in Sight For TV Ratings Free Fall, but These Three Shows Are Growing | Ad Age
Skip to main content
Sign In Register

No End in Sight For TV Ratings Free Fall, but These Three Shows Are Growing 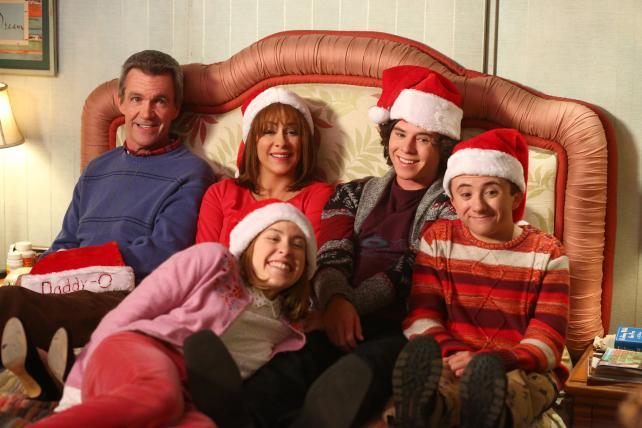 'The Middle' is one of only three veteran broadcast shows showing live-plus-same-day ratings gains.
Credit: ABC

As the broadcast networks settle in for their long winter's nap, there is little evidence to suggest that the coming year will spell an end to the ongoing ratings crisis. Through the first 11 weeks of the 35-week regular-season TV schedule, only three legacy programs have improved upon their year-ago ratings numbers, while no fewer than 39 returning series have suffered double-digit percentage declines.

According to Nielsen live-plus-same-day data, the only three veteran broadcast shows to put up year-over-year ratings increases are NBC's "Sunday Night Football," Fox's "Empire" and ABC's "The Middle."

Buoyed by a much more competitive schedule (through 15 games, the average margin of victory is 9 points, down from 19 a year ago), "Sunday Night Football" is drawing an 8.2 in the 18-to-49 demo, marking an increase of 6% versus the year-ago 7.7 rating.

"Empire" (4.8) is up 380% when compared to Fox's year-ago Wednesday 9 p.m. drama, "Red Band Society," and the sudsy musical's C3 deliveries are roughly five times stronger than its predecessor's. "The Middle," for its part, remains a sturdy anchor of ABC's Wednesday night comedy block, drawing a 2.1 in the dollar demo, up one-tenth of a point from last year.

Aside from those two shows and three other programs that are flat year-over-year ("60 Minutes," "Grey's Anatomy," "The Goldbergs"), each and every other returning broadcast series has lost ground in the demo. All told, the average rate of change for the 42 legacy shows that are in decline is -25%.(That number has remained steady since we did our last check-in two months ago.)

Among the biggest losers are "The Blacklist," "Gotham," "Once Upon a Time" and "CSI: Cyber," all of which are down at least 40% in the 18-to-49 demo. (Comps for the freshly renewed "The Blacklist" are particularly tough, as the James Spader vehicle's fall 2014 deliveries were accomplished in its former Monday 10 p.m. time slot, where it led out of prime-time's fifth highest-rated show, "The Voice.")

If the decaying live-viewing habit has taken its toll on legacy series, the Big Four nets have seen some improvement in time slots occupied by new shows. Seven of the 20 freshman series are putting up bigger numbers than their year-ago predecessors, a roster that includes five shows that are all but guaranteed a return ticket for next fall.

While it hasn't lived up to the promise of its robust premiere deliveries, CBS's "Supergirl" (2.0) remains up 5% versus the year-ago Monday 8 p.m. battery of "2 Broke Girls" and "The Millers," which combined for a 1.9 in the 18-to-49 demo. (It's worth noting that while CBS's target demo is the adults 25-to-54 crowd, we're focusing on the slightly younger subset in the interest of maintaining apples-to-hand-grenades comparisons with the rest of the broadcast field.)

Also up versus last fall is Dick Wolf's latest Windy City intrigue, "Chicago Med." With four episodes under its belt, the Tuesday night drama is averaging a 2.0 in the demo, making it the season's third highest-rated new show -- trailing only "The Blindspot" (2.3) and "Life in Pieces" (2.1), "Chicago Med" is tied with "Supergirl" -- and is up 67% when compared to last fall's doomed 9 p.m. pairing of "Marry Me" and "About a Boy" (1.2). (As it happens, five of the seven freshman shows that have improved on the year-ago ratings have inherited their time slots from canceled or otherwise discontinued shows. Make of that what you will.)

Meanwhile, despite earning bragging rights as the fall's No. 1 new show, "The Blindspot" is currently down 15%, or two-tenths of a ratings point, from year-ago occupant "The Blacklist." "Blindspot" has a slight disadvantage inasmuch as its lead-in, "The Voice," is down 11% to a 3.5.

The season's top-rated new comedy, CBS's peripatetic "Life in Pieces," is currently averaging a 2.1 in the 18-to-49 demo, marking a 25% decline when compared to year-ago encores of "The Big Bang Theory" and new installments of "The Millers" and "Mom." CBS continues to have a difficult time developing a hit out of "The Big Bang Theory;" per the live-same-day ratings, "Life in Pieces" manages to hold onto a little more than half (52%) of its generous lead-in.

Most of the freshman series that have failed to breathe new life into their time slots won't be granted a stay of execution when next fall's lineups are being pieced together. Along with "Wicked City" (-36%), which officially met its end after an ignominious three-week run, "Minority Report" (-56%), "The Player" (-33%), "Blood & Oil" (-33%) and "Truth Be Told" (-54%) are deader than the diplodocus. All four shows had their initial episode order clipped, and there simply is no coming back from that. Call 'em zombie shows, call them limbo series, call them the denizens of TV's Island of Misfit Toys, but no matter how you semantically slice it, that particular bunch is dead, dead, dead.

Oh, and as a friendly reminder, whenever a show does get canceled, it's all your fault.

The strange and encouraging case of 'Scream Queens'
Fox's "Scream Queens" (1.1, -15%) is the season's lone outlier, as its lousy live ratings are not representative of its actual reach. Ryan Murphy's satirical campus slasher serial is that rarest of commodities, a show that can't get arrested when it airs that somehow manages to put up very respectable currency (C3/C7) numbers. In other words, the young 'uns who comprise the Fox target demo are watching so many ads while catching up via VOD and other commercial-friendly alternative platforms that they've more or less made the show a viable candidate for renewal. You done good, Snake People!

Many of the top broadcast shows are either in hibernation mode or are about to sign off for quite some time. Only three weeks separate "Sunday Night Football" from an eight-month stay on the sidelines, while ABC's Shondaland lineup is on hiatus until Feb. 11 and "The Voice" isn't due to return for its tenth cycle until Feb. 29. But the networks hope to find a few more growers in midseason. Fox's most anticipated bridge show, "The X Files," bows in the plum post-NFC Championship Game slot (last year's Packers-Seahawks nail-biter drew 49.8 million viewers), while NBC looks to reverse its Thursday night fortunes with the new Jennifer Lopez-Ray Liotta crime drama "Shades of Blue" (Jan. 14).

Lastly, CBS is holding back "Criminal Minds: Behind Borders" until March 2, and has yet to announce a premiere date for its adaptation of the 1998 theatrical "Rush Hour," while ABC has three new dramas set for March ("Of Kings and Prophets," "The Family" and "The Catch").