'Legion' of Boom: Inside FX's Trippy Promo Campaign for Its New X-Men Strip 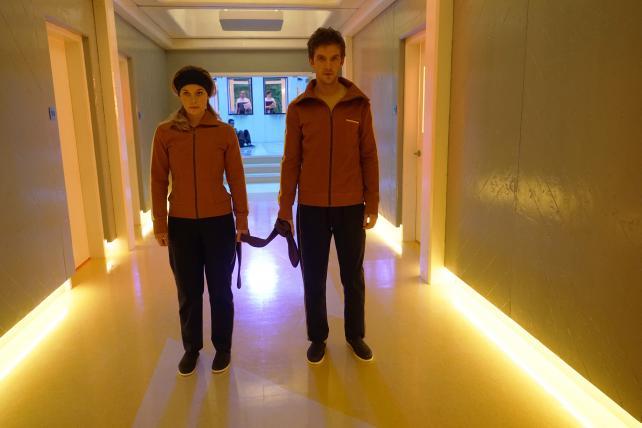 There are about as many original scripted TV shows in circulation at the moment as there are voices inside David Haller's head, and that superabundance of content has made it all the more difficult to get a new series off the ground. But "Legion," a Marvel Comics adaptation set to debut tonight on FX, has a number of factors working in its favor, not the least of which being the sort of eye-goggling marketing campaign that is the network's stock in trade.

Chances are, you've already seen the trailer for "Legion" online or during a commercial break on one of the 50 networks FX has enlisted in its promo push since it first began teasing the project last summer. The odds are even better that you caught one of the brief, cryptic spots that aired during Fox's presentation of Super Bowl LI; after all, 111.3 million people, or 37% of the U.S. TV universe, were tuned in to the Pats-Falcons showdown.

The Super Bowl aside, FX has made high-value, big-reach media buys for "Legion" during ESPN's coverage of the Rose Bowl and Sugar Bowl, as well as during several national NBA games. "Legion" spots have enjoyed heavy rotation in animated shows like "Bob's Burgers," "Rick and Morty" and "South Park" and during the CW's "The Flash" and "Arrow," two popular spinoffs of long-running DC Comics properties.

While it's impossible to discount the importance of traditional TV buys -- per iSpot.tv estimates, the "Legion" spots have generated some 535.7 million impressions over the course of their 4,203 airings -- FX isn't content with letting the tube do all the heavy lifting. "This is a huge national media plan," said Lance Reiss, senior-VP of marketing at FX Networks. "We've got every flavor at work here: events, stunts, installations -- everything you can imagine and more."

In keeping with the show's trippy pop-art vibe -- misdiagnosed with schizophrenia as a boy, telepath David Haller's mental state perhaps may best be characterized as "the lights are on and too many people are home" -- FX's meatspace marketing executions are a window into the protagonist's psyche. New Yorkers can see for themselves; track down the "Legion" mural at Jefferson St. and St. Nicholas Ave. in Bushwick, Brooklyn, or the one installed at the intersection of Bleecker and Carmine in the West Village, and watch what happens when you size them up with the Blippar app. (Be prepared to sidestep the psychic debris.)

Similar augmented-reality murals may be found on the western edge of Chicago's Wicker Park neighborhood, in San Francisco's Pacific Heights and at the intersection of Hollywood and Vine in Los Angeles.

The digital components of the "Legion" campaign are designed to be as engaging as the outdoor executions. "We want you to have an interactive experience whenever and wherever you come across the advertising," Mr. Reiss said, before running down a list of enhancements and easter eggs that make the online units really pop. For example, one online wrinkle allows users to virtually explore a scene in the pilot in which an enraged David makes a vortex of the contents of his kitchen via telekinesis. Another more primitive engagement invites visitors to the show's Instagram page to shake their heads while staring at an eyeball-strafing illustration. After a few seconds, a hidden message emerges from the blur; keep it up much longer than that, and you'll be having hallucinations of your own.

A good deal of the social media activity around "Legion" is designed to cultivate a TV audience while rewarding those looking to amplify their experience with the show's underlying mythology. At its core, "Legion" is a superhero show that's unburdened by all the dopey trappings of your standard capes-and-cowls strip. (Without getting into all of the byzantine particulars, as an extension of the "X-Men" brand, "Legion" is independent of the Marvel Cinematic Universe that encompasses shows like ABC's "Agents of S.H.I.E.L.D." and Netflix's "Daredevil," "Jessica Jones" and "Luke Cage.")

Its 30-year Marvel pedigree aside, "Legion" enjoys a certain kind of street cred from out of the gate, thanks to its association with Noah Hawley. The creative force behind FX's "Fargo," Mr. Hawley's TV work is shot through with a sort of brainy populism that can be quantified in both critical acclaim and the Nielsen ratings. (The winner of five Emmys and two Golden Globes, "Fargo" is FX's third most-watched drama series.)

"We get a huge head start with the quality and sophistication of the programming," Mr. Reiss said. "We have a simple mission, and that is to develop the creative ideas that live up to what the actual show. …There are so many shows out there, so many choices. We can't succeed if we don't stand out."

"Legion" premieres tonight at 10 p.m. on FX. Presented with limited commercial interruptions, the 90-minute opener will feature about 20 minutes of ad time.