Can the Old-Fashioned Letter Make Money in an iPad World? | Ad Age
Skip to main content

Can the Old-Fashioned Letter Make Money in an iPad World?

For $5 a Month, Get 'Almost Weekly' Old-Fashioned Letters From Jonathan Ames, Margaret Cho, Emily Gould
READ THIS NEXT
TV giants see glimmers of hope for the ad market

When you think of new revenue streams for content, your mind probably jumps to iPads, Kindles and other shiny new technologies. But what about the old-fashioned letter, stuffed in an envelope, sealed with a lick, slapped with a stamp and dropped in the mail? Is there room for epistolary monetization in a media culture that prizes the immediate and the ephemeral? 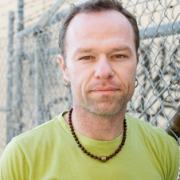 The author Stephen Elliott is betting there is . Through his literary website, The Rumpus, which serves up reviews, interviews, personal essays and a killer advice column from someone named Sugar, Mr. Elliott is now offering Letters in the Mail. For $5 a month, readers get an "almost weekly" letter from a roster of authors that includes comedians Marc Maron and Margaret Cho, Emily Gould, Tao Lin, Jonathan Ames -- creator of the canceled HBO series "Bored to Death" -- and, of course, Mr. Elliott. It's important to note that these letters will never be posted online, at least not with Mr. Elliott's blessing.

Ad Age : So why old-fashioned letters? Why not a subscription email service, like Letter.ly or some such?

Stephen Elliott: We already have a subscription email. It's called The Daily Rumpus and it serves 9,000 subscribers via Google Groups. I write two or three of these a week since January 2009 and they're often deeply personal. That's really where this idea came from. The emails are so personal they're like letters.

Ad Age : Not that I can imagine a way to do this without screwing up the entire concept, but would you entertain having a sponsor? If so, can you imagine a format?

Mr. Elliott: I'm always happy to consider anything. I could imagine a way this could work. The letters are like two or three pages long on average. Maybe a logo on the envelope? Like, the sponsor could provide us with envelopes with their logos on them. Something like that is conceivable. Maybe there's a way to get the logo on the page without ruining the experience. I'd have to see it, hold it in my hand.

Ad Age : You've got some pretty big names already. Did you know all the authors before you asked them? Do you see a common thread among the writers you've signed on?

Mr. Elliott: I know a lot of authors. I've written seven books myself and done a lot of literary-themed political organizing. I've also edited four anthologies. I was surprised by how enthusiastic the authors were. The epistolary form is one that really appeals to authors. It always has. In recent times there hasn't been an expression for it.

Ad Age : Are you worried about piracy? I can darkly envision a pirate Tumblr....

Mr. Elliott: You can't live your life worried about piracy.

Ad Age : Tell me about the best letter you've received.

Mr. Elliott: Well, we've just started doing this. Only a couple of the letters are already written. I know Tao Lin is doing his by hand, and illustrating it. Then we'll photocopy it and send. I think the authors are going to have a lot of fun with the form.

Ad Age : I mean any letter you've personally received at any time, not necessarily in a Rumpus context.

Mr. Elliott: My ex-girlfriend wrote me a letter every day we were apart and gave them to me all at once, numbered, when I returned. I once took all of our correspondence and published it in a single book made just for her.

Ad Age : If you could have any writer living or dead take part in this who would it be and why?

Mr. Elliott: Vaclav Havel. Because he wrote Letters To Olga. Or Nelson Algren, because of the beautiful letters, so masculine and feminine, he sent to Simone de Beauvoir.

Ad Age : How many folks have signed up so far?