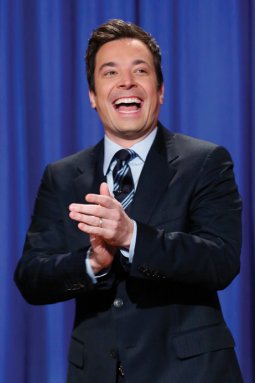 Every Thursday night from Thursday through Oct. 10, improvisational comedians will use an early commercial break in "Late Night" to call for ad concepts, which viewers can submit through social media with a #LexusIS hashtag.

The submissions will influence the content of live ads featuring the improv performers to run during the final commercial break. East and west coast broadcasts of the commercials will be different each time and based on different social media suggestions.

The ads, carrying the theme "It's Your Move After Dark," won't come from the set of show but instead broadcast from under the Brooklyn Bridge.

"We're always looking for new ways to engage consumers and capture their attention by delivering information in innovative ways," Brian Bolain, Lexus corporate manager of marketing communications, said in a statement. "By utilizing social and broadcast media simultaneously, 'It's Your Move After Dark' breaks the traditional commercial mold and showcases the all-new IS in an entirely unique and DVR-proof way."

NBC will air a 15-second promotional teaser for the campaign during Wednesday night's late-night programming to prompt audiences to participate the following night.

There have been recent attempts at live commercials, mostly in the late-night arena. NBC has aired live spots for Garmin during the "Tonight Show With Jay Leno," while ABC's "Jimmy Kimmel Live" has delivered live spots for brands like Quiznos and Nikon.

Live commercials were commonplace in the early days of TV, but essentially died out once shows become pre-recorded.