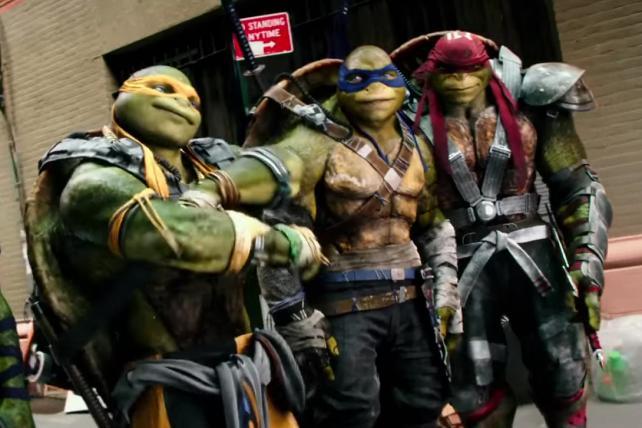 A year after Universal Pictures sucked all the air out of the category with an audacious six-spot buy, rival studios are reasserting themselves with more aggressive investments in Super Bowl 50.

Walt Disney Pictures will be the most visible studio in CBS' Feb. 7 broadcast, as the Mouse House is expected to make its biggest Super Bowl buy in more than a decade. While Disney in the last eight years has limited its in-game allotment to just 60 seconds of airtime, the studio is going all-in for the NFL's golden anniversary celebration.

According to sources with knowledge of Disney's Super Bowl outlay, the studio has secured as many as four in-game ads, a tally that does not include subsidiary Marvel's crossover promo with Coca-Cola. Confirmed to suit up for the Panthers-Broncos game are Disney's live-action reboot of "The Jungle Book," which opens April 15, and "Alice Through the Looking Glass," the sequel to Tim Burton's unlikely $1 billion hit "Alice and Wonderland." "Looking Glass" opens May 27.

Fans can also expect to get an eyeful of Disney/Marvel's "Captain America: Civil War" (May 6), which finds the Avengers divided into two warring factions. While Disney has not confirmed Cap's presence in the Big Game, a buy is all but inevitable given how predecessor "Captain America: The Winter Soldier" fared at the box office after its Super Bowl ad dropped in 2014.

Other candidates for one of the remaining Disney spots include the animated feature "Zootopia" (March 4); Pixar's "Finding Dory" (June 17), the sequel to the 2003 theatrical "Finding Nemo," and Steven Spielberg's adaptation of Roald Dahl's "The BFG" (July 1).

However the remainder of Disney's Super Bowl buy shakes out, don't expect to see a trailer appear after the third quarter. In the last decade, Disney has never bought time in the fourth quarter, insuring itself against the specter of potentially audience-shrinking blowouts by placing its promos within the first 45 minutes of gameplay. (While understandable, the results don't exactly justify Disney's caution. In the past 10 years only one game has been a complete mismatch, and while Seattle's 43-8 stomping of Denver in Super Bowl XLVIII was the least competitive showdown in recent memory, Fox's broadcast still delivered 112.2 million viewers.)

While Disney has amped up its Super Bowl investment, last year's big Hollywood spender is maintaining a much lower profile. After going on a $27 million toot in Super Bowl XLIX, a splurge that paid for a half-dozen spots for everything from "Jurassic World" to "Fifty Shades of Grey," Universal is taking a far more frugal approach to this year's game. The studio has committed to a single 60-second spot, and while it hasn't disclosed which movie is being promoted, someone with a very unique connection to the film appears to have let the proverbial cat out of the bag.

Eric Van Lustbader, author of the Jason Bourne series of spy thrillers, last week announced to his Facebook friends and followers that Universal would use the Super Bowl to rev up the hype for the fifth installment of the Bourne movie franchise. "BREAKING NEWS! The first trailer for the new Bourne film will be shown during this year's Superbowl [sic] telecast," he wrote. "So tune in on February 7th to check out all the excitement." The post, dated Jan. 24, has since been deleted, likely at the behest of Universal.

According to Mr. Van Lustbager, the Super Bowl spot will reveal the title of the fifth "Bourne" film, which marks the return of Matt Damon as the titular assassin -- he sat out the 2012 installment, "The Bourne Legacy" -- and is set to open on July 29.

Universal has bought time in the Super Bowl eight out of the last 10 years. Only Disney and Paramount Pictures have been more steadfast; neither studio has missed a Super Bowl since 2007.

Speaking of Paramount, Viacom's film flagship has lined up for a 30-second spot for its June 3 release "Teenage Mutant Ninja Turtles: Out of the Shadows." This is in keeping with the studio's ongoing strategy of promoting a single release; in recent years, Paramount has focused on popcorn flicks like "Terminator Genysis," "Transformers: Age of Extinction" and "Rango."

Twentieth Century Fox is in for a pair of 30-second teasers, one of which will be used to get the word out about its Feb. 26 flick "Eddie the Eagle." In a bid to forge a contextual bridge between the feel-good sports comedy and the game itself, Fox drafted NFL quarterbacks Russell Wilson, Drew Brees and former Rams/Cardinals gunslinger Kurt Warner to provide testimonials for "Eddie." Shots of the three QBs enthusiastically talking up the movie are intercut with snippets of Taron Egerton in action as the titular British ski jumper.

Fox hasn't confirmed the title of its second film, although the smart money's on "Independence Day: The Resurgence." Twenty years ago, the teaser for "Independence Day" was a revelation; whereas it's now standard practice for Super Bowl advertisers to lay all their cards out on the table well before the opening kickoff, back in the benighted pre-YouTube era, the element of surprise was the currency. The now iconic shot of the aliens blowing the White House to smithereens was a jaw-dropping moment, and the studio wrapped the spot with an indelible kicker ("Enjoy the Super Bowl. It could be your last.").

"Independence Day" would go on to gross $306.2 million in the states, thereby making a strong case for the concept of the "event trailer." "Independence Day: The Resurgence" opens June 24.

Of course, as CBS boss Les Moonves reminded investors back in December, there is always room for one last movie spot. Fox conceivably could dig in for a third 30-second slice of the promotional pie, which would give it the opportunity to show off "X-Men: Apocalypse" (May 27) in front of an audience of 100 million-plus viewers. A buy to promote "Deadpool" also is not out of the question, given that the Ryan Reynolds superhero strip opens just five days after the Super Bowl. The only factor working against a "Deadpool" teaser is that the original ad is already in heavy rotation, generating 663.7 million impressions since it bowed on Christmas Day, per iSpot.tv.

All told, CBS is on track to generate as much as $55 million in studio ad sales, up sharply from the $36 million in movie money that NBC booked in Super Bowl XLIX. According to iSpot estimates, movie studios this season were the fifth-biggest NFL backers, pouring $181.5 million into the coffers of the league's TV partners.

Sitting out Sunday's game are Sony Pictures and Warner Bros. This marks the second straight year Sony has decided to punt. The studio's most recent Super Bowl buy was for "The Amazing Spider-Man 2" in 2014. When Warner Bros. may return to the Big Game is anyone's guess. The studio hasn't ponied up for time in TV's biggest reach vehicle since 2006, when it paid ABC $7.5 million to promote "Poseidon," "V for Vendetta" and "16 Blocks" in Super Bowl XL.