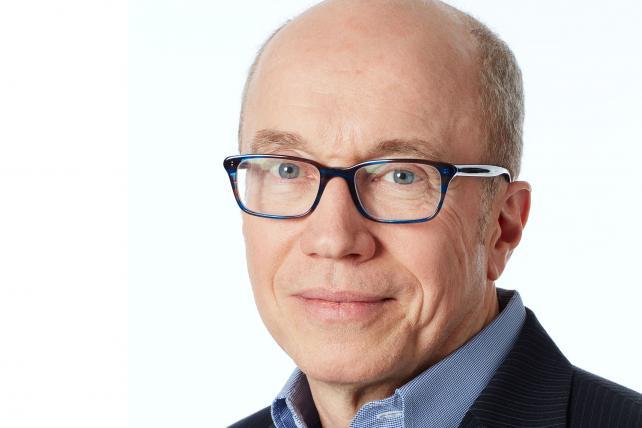 On July 13, Time Inc. announced that Fortune editor Alan Murray would succeed Norman Pearlstine as the company's chief content officer, with all U.S. brand editors reporting up to him.

At the time, Mr. Ripp wrote in a memo that Mr. Murray "will continue to serve as the editor of Fortune until his successor has been named," implying that his time as editor of the magazine would soon be ending. But, in an interview with Women's Wear Daily on the same day, Mr. Ripp implied that the matter wasn't yet settled. "He wants to keep that role," Mr. Ripp said of Mr. Murray's editorship of Fortune. "I'm not sure he can."

Roughly two months later, it seems to still be an open question how long Mr. Murray will be doing double-duty and editing Fortune magazine while also serving as Time Inc.'s chief content officer.

When recently asked how the search for Mr. Murray's replacement was going, a Time Inc. spokeswoman said, "We're not actively searching at the moment." Asked whether that meant that Mr. Murray would retain the job indefinitely, she replied, "Alan is going to remain editor of Fortune for the time being."

Reached over email, Mr. Murray told Ad Age: "I will probably remain through the middle of next year."

According to an individual with knowledge of the situation, Mr. Murray had previously told Fortune's staff that he would be staying through the end of the year, which makes it sound like his timeline for leaving has already been extended in recent weeks. He was named editor of the title in August 2014.

There doesn't seem to be a consensus, among Fortune staff, on why Mr. Murray is sticking around. "What I can say is that he really, really loves the brand and I'm not sure he wants to let it go," said the individual. "I don't know how long he can maintain both gigs, but they might have to pry the magazine out of his hands."

Were he to remain in charge of Fortune while serving as a company-wide editorial officer, Mr. Murray wouldn't be the first magazine executive with such an arrangement. Anna Wintour, for example, both edits Vogue magazine and serves as artistic director for Condé Nast.

Either way, in interviews since being promoted to chief content officer, Mr. Murray has radiated with enthusiasm for the challenge ahead.

"In the short time I have been at the company, I have seen us rise to every challenge," he wrote in a memo to staff on the day of his promotion. "I have seen us move mountains. And I am deeply excited to work with all of you in the coming months to help drive the change that will both preserve Time Inc. as the pinnacle of journalism it has always been and allow us to serve our customers wherever they are and through whichever medium they want to be reached."