'Drunk History,' 'Broad City' and 'Web Therapy' All Began Online
READ THIS NEXT
How Amazon Prime Video CMO Ukonwa Ojo is positioning the brand in the streaming wars 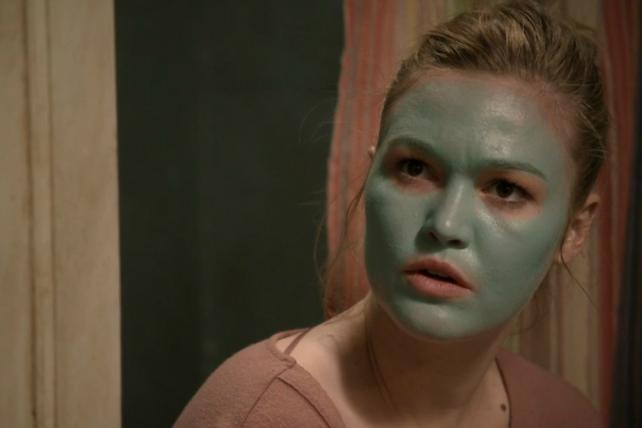 Julia Stiles on the web series 'Blue,' which is likely to make the jump to TV.
Credit: Wigs

Back in 2010, when YouTube was big on pugs performing tricks and Netflix hadn't won awards for "House of Cards," Hollywood actress Julia Stiles signed on to "Blue," a web series in which she plays a single mom who works at a desk by day and between the sheets at night.

"I felt why not, we wouldn't have a network afraid of our ratings," Ms. Stiles, a veteran of blockbuster films and Showtime's "Dexter," said in an interview in London last week. "Back then, I wasn't sure what to make of the internet as a platform."

"Blue" has serious credentials, with Rodrigo Garcia, who directed HBO's "Six Feet Under," and Jon Avnet, director of Oscar winner "Fried Green Tomatoes," calling the shots. And after eight-minute segments ran on YouTube for two seasons and on web-streaming service Hulu for a third, the show now has the attention of the big money.

"Blue" is on the block this week at Mipcom, the world's largest TV content market, where the show's international rights are for sale. If it's successful -- and 14 million YouTube views for the first episode suggest it may be -- "Blue" will join a growing number of web series making the leap to TV. The phenomenon is drawing attention and cash from WPP Group, the world's biggest ad agency conglomerate, and global media firm Viacom.

"A big focus for me is to look at where my pipeline of content is going to come from," said Hayley Dickson, VP-acquisitions and development at FremantleMedia, a production and distribution house owned by Bertelsmann SE's RTL Group. "Does the medium really matter? Not really. It's about being first in. The content might not be multimillion-dollar budgets now, but it could be."

Hulu content
FremantleMedia has a "first look" deal with Hulu to commission content from the site before others, and it's at the four-day Mipcom event in Cannes this week looking for new programs and selling "Blue."

It wouldn't be the first web series to make the transition. An internet-only production with actress Lisa Kudrow has crossed to TV, as has a series of short sketches for which comedian Amy Poehler is executive producer. Steve Buscemi's "Park Bench," where the actor talks to friends and celebrities in short segments, is also for sale.

"We're proving that stuff for the web doesn't need to be just low-budget, crappy, short and disposable," said Mr. Avnet, who started the Wigs studio with Mr. Garcia that produced "Blue." "Why does it have to be a Kleenex that you use and throw away? That's what stuff on the web was five years ago."

Cheaper content
With topics from Mr. Buscemi's conversations to online psychotherapy, some shows attract broadcasters for their originality. They're also cheaper, because content comes ready-made and viewer loyalty has been proven on the web. For creators, web shows are becoming a way to break into TV as cable channels proliferate.

"Broad City," about two female twentysomethings in New York City, was recently renewed for a second season on Comedy Central after starting out as three-minute online sketches. Ms. Kudrow's "Web Therapy" began as six-minute shows about a therapist who dishes out advice online. It starts a fourth season on Showtime next week and is attracting A-list stars as guests, including Meryl Streep and Billy Crystal. E!'s "Burning Love" also started out on Yahoo.

Dan Bucatinsky, who created and produces "Web Therapy" with Ms. Kudrow, said that in 2008, when they tried the format, short-form programming and the internet weren't seen as serious contenders for traditional TV.

"Wild West"
"It was like the Wild West when we started, and people didn't imagine short form could be so digitally motivated," the Emmy winner said. "Most young people get all of their content online and we wanted to try and do something that was funny that we could own."

Mr. Bucatinsky said he and Ms. Kudrow didn't make a lot of money from the Showtime arrangement, as the pay-TV channel merely licensed the program and funds from that were used to create the show digitally and edit the sketches into half-hour shows.

"But we own it and we thought in time we could exploit it internationally and can earn a profit," he said. "I can't believe the amount of money networks spend developing pilots that they don't make and shooting them when they don't go to air. The future is to let enough money go to test waters of new and interesting TV shows."

Such programs demonstrate that "you can create characters and be daring and not work from the notes of studios only, where there can be too many chefs in the kitchen," said FremantleMedia's Dickson.

"Drunk History"
Viacom, which airs "Broad City" in the U.S., has sold the show in the U.K. and Australia and is at Mipcom peddling it for use elsewhere, said Caroline Beaton, senior VP-international programming. The New York-based producer also airs a former web sketch on Comedy Central called "Drunk History," adapted into a half-hour program from website "Funny or Die."

"We mine richly in the online field in terms of talent," Ms. Beaton said. "The price you get might be a cheaper license fee, but the idea is already established and it has a following, so talent can leverage that."