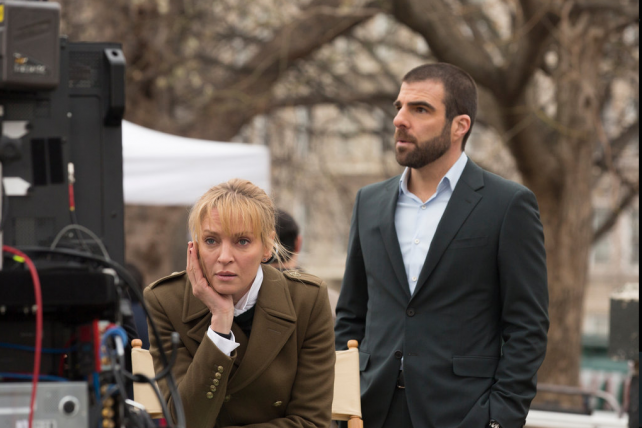 When appraised through the lens of the Nielsen ratings, there is nothing particularly eventful about TV's so-called "event series," and yet the networks' collective mania for the format seems unlikely to subside.

Industry argot for self-contained shows with story arcs that unspool in uninterrupted 8-to-10-week bursts, event (or "limited") series are designed to satisfy a preference for close-ended narratives while minimizing the number of encore hours a network has to program over the course of the 35-week broadcast season. Trouble is, most of the events have failed to catch on with viewers.

Of the six new limited series that have aired since the season began, none has averaged higher than a 1.5 rating among adults 18-49. (As each ratings point represents 1% of the 127 million TV-owning Americans in the demo, a 1.5 equals about 1.9 million advertiser-coveted viewers.) The least-watched among these half-dozen newcomers in terms of total viewers, Fox's "Gracepoint," was canceled on Dec. 15 after averaging just 3.64 million viewers during its 10-episode run. The lowest-rated, NBC's "The Slap," has averaged a 0.8 in the dollar demo through the first seven of its eight scheduled installments.

While it's nothing to crow about, ABC's "American Crime" is the standout of the bunch, averaging 6.31 million viewers and a 1.5 rating with the 18-49 demo in its first four episodes. That said, the Thursday night series has fallen off sharply from its March 5 premiere, when it averaged 8.37 million viewers and a 2.0 in the key demo; per Nielsen live-same-day data, the most recent installment of "American Crime" drew a 1.3 rating, down 35% from its opening night delivery.

While neither the most-watched nor highest-rated of the short-order series, ABC's "Agent Carter" arguably has the best shot at earning a renewal. Designed to bridge the two halves of the "Agents of S.H.I.E.L.D." arc, "Agent Carter" during its eight-week run averaged a 1.4 in the demo, which is just three-tenths of a ratings point off the pace set by its Marvel Comics Universe stable mate. "Carter" also outclassed the six "S.H.I.E.L.D." repeats ABC aired last season by a wide margin, improving on the encores' 0.9 rating by 56%.

All told, this year's limited/event series are averaging 4.81 million viewers and a 1.2 in the demo. By way of comparison, the average rating for all renewed scripted broadcast series in 2013-14 was a 2.0.

As much as network execs see value in the inherent flexibility of the format, limited-series hits have been few and far between. And in the rare cases when a truncated show has met with early success (read: ABC's "Resurrection" and Fox's "Sleepy Hollow" and "The Following"), the ratings all but bottomed out the following year. For example, after averaging 9.32 million viewers and a 2.5 in the demo during its 8-part spring 2013 run, "Resurrection" returned this season to a moribund 4.73 million viewers and a 1.3 rating.

Despite a string of disappointing returns, the networks aren't going to write off the Bonsai Tree TV series any time soon. For one thing, but for CBS's "The Big Bang Theory," network shows in repeats simply no longer put up viable numbers. A carefully deployed limited series can allow a 22- or 23-epiosde show to take a hiatus for a few weeks, thereby giving the showrunner an opportunity to recharge his or her batteries without putting undue pressure on the network's GRPs.

As the 2014-15 season draws to a close, a handful of new event series remains on the schedule. CBS on Tuesday will bow the four-hour miniseries "The Dovekeepers," while NBC has "A.D.: The Bible Continues" prepped for an Easter Sunday launch. (Both shows are produced by Mark Burnett and Roma Downey.) Also in the hopper is M. Night Shyamalan mystery "Wayward Pines," which premieres Thursday, May 14 on Fox.

Looking ahead to next season, Fox has a six-part revival of "The X Files" in the works, as well as an event series based on the action-movie franchise "The Expendables;" NBC is shooting its previously announced "Heroes: Reborn;" and ABC is kicking the tires on an anthology series titled "L.A. Crime" and developing a miniseries based on author Ken Follett's best-selling Century Trilogy.