Every year Advertising Age recognizes magazines that have excelled on one front or many -- meeting a challenge, turning things around, building new businesses or just setting a consistent editorial and business example one more time. The 2011 Magazine A-List, presented today at the American Magazine Conference, includes all kinds of titles: industry powers, razor-sharp niche players, magazines born just a few years ago and brands more than a hundred years old. 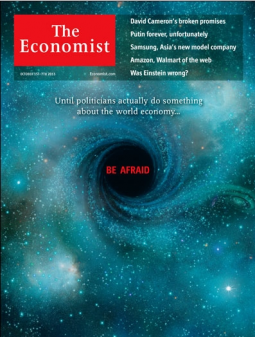 No. 10: The Economist
A perennial contender for A-List honors, and our Magazine of the Year in 2008, The Economist increased its paid subscriptions another 5% in the first half and grew total paid circulation 3%, to 844,000. It introduced Economist Education, a set of electronic learning courses focused on emerging markets, and Online Fairs, a virtual event program. It also has 1.2 million Twitter followers and 800,000 Facebook fans -- Scott Galloway, are you listening? -- but make no mistake: This continues to be the magazine for the global elite.

No. 9: This Old House
Call it a case of the right magazine at the right time. Advertisers kept flocking to This Old House despite the economy and housing market, because people may be buying new houses less, but they're nesting, remodeling and aspiring more. Ad pages through the October issue increased 16.8%, according to the Media Industry Newsletter, helped a little by one more issue in 2011 than 2010. Those pages didn't just come from endemic categories, with growth in auto (both domestic and foreign), over-the-counter and DTC pharmaceuticals, and insurance & real estate. Its TV shows are going strong. And custom video series for Walmart Stores, Home Depot and Jim Beam helped increased digital revenue 25% year over year, according to the magazine.

No. 8: The New Yorker
At a time when there are questions about how much people will pay for content, The New Yorker, with its circulation of 1 million, keeps proving that quality has customers. Its single-copy sales rose 1.2%, despite a $1 price hike to $5.99 and an industrywide downdraft at newsstands, and its subs are up, despite a $10 price hike to $70. It has 27,000 iPad-only subscribers paying $60 a year or $6 per month and 189,000 paying readers across iPad, Kindle, Nook and digital editions (including print subscribers who have activated digital access).

No. 7: National Geographic
This is one of those magazines where consistent excellence just keeps recommending it. Editor Chris Johns was our Editor of the Year in 2008; the magazine appeared on our A-List in 2008 and 2009. And it's having another great year. Newsstand is up 5%; ad pages are up 14%. And it enjoys the admiration of its peers, winning Magazine of the Year at the 2011 National Magazine Awards and receiving nominations for photography, news/documentary photography, feature photography and best single-topic issue issue. 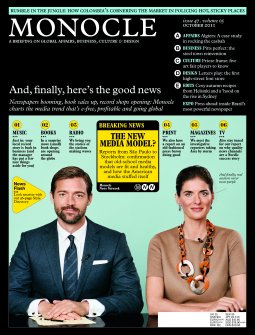 No. 6: Monocle
As consistent as some magazines are, newcomers keep knocking on the door. Monocle this year is making its first appearance on the A-List. With paid circulation of just 66,000, this is no mass-market play, but its 204 pages every issue are filled with flawless editorial, luxury advertising, brand extensions and confidence in print. Revenue is rising; profitability arrived last year.

No. 5: Vanity Fair
Vanity Fair is enjoying its most profitable year yet thanks to growing ad pages, circulation, newsstand and digital revenue. While some magazines lean on bulk sales, sponsored sales and public-place copies, 99% of Vanity Fair's subscriptions are paid for directly by the subscriber. And you can see why, as Graydon Carter heads into his 20th year as editor: It's big on Hollywood, but just as long on essential reporting about the economy and businesses from News Corp.to Groupon.

No. 4: Garden & Gun
Another newcomer to the list, and another example of what niche publishing can do, Charleston-based Garden & Gun practically begged urban Northerners to joke about its unusual name when it launched in 2007. But the magazine that styles itself the "Soul of the South" looks like it will have the last laugh, with ad-page growth on a tear, circulation still climbing and a National Magazine Award for General Excellence.

No. 3: Food Network Magazine
When Hearst introduced the first test issue of HGTV Magazine this week, everyone knew where a big piece of the inspiration lay: Food Network Magazine, an earlier, wildly successful joint venture between Hearst and a cable network. Food Network magazine has grown from a test issue in October 2008 to a giant with paid circulation nearing 1.5 million and still seeking its cruising altitude. Our Launch of the Year in 2009 and an A-List member in 2010, Food Network Magazine is back on the list after ad pages through October surged 13.8%, according to the Media Industry Newsletter, newsstand sales added 5% and total circulation grew 5.2%.

No. 2: Time
Challenges keep mounting for the news business in general, and for news weeklies in particular. So even if Time 's 16.1% newsstand gain reflected external events like the royal wedding, and even if its subscription growth had something to do with absorbing subscribers from U.S. News and World Report, we say there's something to be said for having the strength, smarts and position to capitalize. Still a big, iconic print brand where readers turn when major news happens, Time was also recognized this year for digital excellence, suggesting it's got a bright future too.

The Magazine of the Year: Vogue
It's easier to grow when you're new and relatively small, but when you're this established and you grow anyway, you're doing more than a few things right. Vogue increased its January-to-October ad pages more than 9% -- to 2,125, fewer only than Brides and People -- and boosted its big newsstand component almost 13% over the first half of last year, partly but not entirely on the strength of a great Lady Gaga cover in March. Its September issue killed again with 584 ad pages. And Vogue's role off the page -- most recently with the latest installment of Fashion's Night Out -- keeps expanding as well. Vogue is our Magazine of the Year.

The Editor of the Year: Tyler Brule, editor in chief and chairman, Monocle magazine
Tyler Brule has made Monocle a bold outpost for print, from its annual broadsheet issue to cover lines like this: "Newspapers booming, book sales up, record shops opening: Monocle charts the media trend that 's e-free, profitable and going global." But Mr. Brule -- the founder and former editor of Wallpaper -- has also conceived and delivered a finely honed, international magazine with an uncommon mix of intelligence, visual flair and substance on global affairs, business, culture and design. Tyler Brule is our Editor of the Year.

The Publisher of the Year: Kim Kelleher, worldwide publisher, Time
Kim Kelleher had only been publisher at Sports Illustrated, the title she left Conde Nast to run, for five months when Time Inc. moved her to Time last December. But she found her new groove fast, quickly merging the print and digital operations into a unified team. After she was promoted to worldwide publisher in April, she started bringing the international editions together again and soon closed significant global ad deals. She's the first to say she benefits from a veteran team and powerful brand, but she's now the one leading a legacy brand into the future. Kim Kelleher is our Publisher of the Year.