Magazine brands have been on the iPad since the start, striving to find the best ways to engage readers with tablet-ized versions of their articles and ads. After nearly four years, what works best?

To find out, GfK MRI Starch Advertising Research measured 27,099 ads in 784 tablet magazine issues published last year. We surveyed readers of specific magazine titles and issues to determine how many of them had noted specific ads and how they used any interactive features.

Although many of the most-noted ads invited readers to play videos or pull up websites, it turned out that many were just as static as in print. Placement and exclusivity seemed to be at least as important. Ad positions in the first 10 pages of a tablet issue performed particularly well. And ads that had some or all of the issue to themselves climbed to the top of the rankings.

What follows are the most-noted ads in 10 ad categories, from cars to skin care. For this particular analysis, ads that appeared on magazine covers were not included. 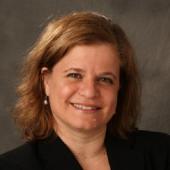