How Bloomberg Can Benefit From BusinessWeek's Ad Sales 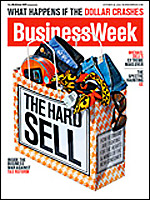 And ad sales, along with those planned editorial improvements and higher subscription prices, are going to play a big role in determining what happens to BusinessWeek one or two years from now.

"What will be interesting to see, and important for Bloomberg to articulate to people like me on the agency side, is where the differentiation stays and where there will be a natural intersection, and why that would be meaningful," said Jeffrey Fischer, senior VP-managing director at Universal McCann's print-activation group. "We're looking forward to 2010. We talk to the people at Bloomberg about clients like institutional investors. We talk to BusinessWeek about accounts like auto. It will be interesting where that comes together and where that doesn't."

There are opportunities here for "good" synergy, according to Steve Farella, CEO of independent media agency TargetCast and former CEO of the Media Planning Group at Havas. Some media companies try to sell across diverse properties, leading marketers to buy things they don't particularly want, but this tie-up brings together similar audiences, he said. "Anybody picking up anything to do with Bloomberg or BusinessWeek, we know they have money and want to spend it and invest it."

Some BusinessWeek advertisers that hadn't previously considered Bloomberg.com, Bloomberg Markets or Bloomberg TV might take another look now, agreed Eric Blankfein, managing director for channel insights at Horizon Media. But it won't be automatic, he said. "It's still going to going to be a jump to bring a more general marketer using BusinessWeek to a Bloomberg property."

A Bloomberg spokeswoman said the company is in the midst of putting together teams to evaluate issues including cross-platform strategies for BusinessWeek, Bloomberg Markets magazine and Bloomberg's multimedia properties.

The outcome will matter to more than just Bloomberg. Bloomberg's acquisition may have been BusinessWeek's best possible outcome from the sale effort McGraw-Hill began three months ago, but it did not deliver BusinessWeek, as a print weekly to any sort of Promised Land. Call it a promising reprieve.

"The thing that surprised me the most was that they plan to continue operating it as a weekly magazine," said Reed Phillips, managing partner at DeSilva & Phillips, an investment bank specializing in the media business. "That's a significant commitment."

The weekly print schedule probably isn't an eternal commitment for Bloomberg, said Ken Doctor, the media analyst at Outsell. "Keep print?" he said in an e-mail. "Probably for 12 to 18 months, testing out how much of the major drop in magazine ad pages is cyclical and how much is structural."

Ad pages in BusinessWeek's issues this year through Oct 6. fell 34%, worse than the 22.7% decline seen across weeklies as a whole, according to the Media Industry Newsletter.

BusinessWeek's print edition collected $112.6 million in ad revenue over the first three quarters this year, down 31.5%, according to the Publishers Information Bureau, whose estimates are based on openly quoted ad rates and don't reflect discounts. BusinessWeek ad revenue in full-year 2008 totaled $236.1 million, down 12.7%, according to the bureau.