READ THIS NEXT
Forget ‘The Sopranos’ and ‘Game of Thrones’: HBO Max’s top hits are for kids 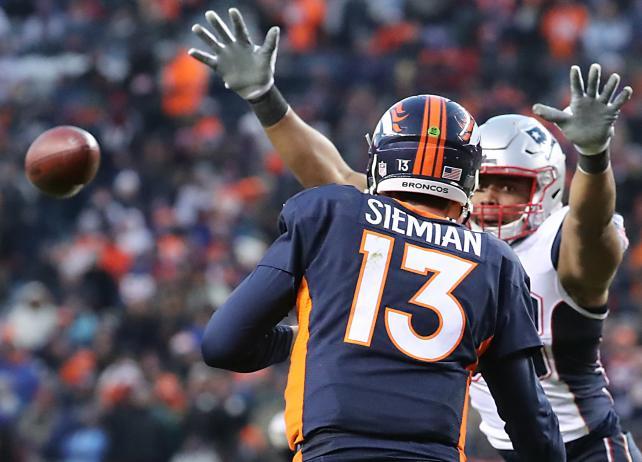 A flood of NFL make-goods and a decline in the number of national TV windows took a bite out of November ad sales revenues, but rising unit costs helped take some of the sting out of the downturn.

According to the latest analysis from Standard Media Index, the ongoing NFL ratings squeeze required the league's broadcast partners to be more generous than usual with ADUs, with about one-fifth of available ad time having been reserved to make clients whole. Industry argot for "audience deficiency units," ADUs are a catch-all for the inventory that networks provide to advertisers (at no additional charge) in order to make up for programming that does not meet the negotiated ratings target.

While pricing and guarantees for the seven national NFL packages are not uniform, the SMI data suggests that the percentage of in-game inventory offered gratis did not vary greatly from network to network. Per SMI, NBC and CBS each dedicated 20% of their available November NFL ad time to making good on their underperforming national broadcast windows, which began to stabilize after Election Day.

(Season-to-date, both "Sunday Night Football" and CBS's slate of eight coast-to-coast Sunday afternoon games are are down 11% in total viewers. Just a few weeks ago, the two packages were off 15% year-over-year.)

Fox, for its part, has not had to reckon with nearly as severe a ratings drop as its broadcast rivals. Through Week 15 of the NFL season, the network's national deliveries are effectively flat versus the year-ago period, while its average household rating is down just 4%. Thanks to a roster of games in which the Dallas Cowboys were featured no fewer than five times, Fox largely has been able to sidestep much of the ratings jitters that have been manifest in every other TV window.

ADUs weren't the only factor weighing down the NFL's TV partners last month, as a calendar quirk gave them one fewer week of games to sell. (Eventually, it all comes out in the wash; in October, the networks enjoyed a bonus week of football.) All told, SMI estimates that CBS, NBC and Fox in suffered a 26% drop-off in NFL sales revenue compared to their aggregate November 2015 haul.

Because the NFL is arguably the sole remaining regularly-scheduled property that validates the now-archaic term "broadcast," demand for in-game inventory has shown no sign of lagging. And despite the ratings drops -- er, more to the point, because of them -- the asking price for a 30-second sliver of football-surrounded commercial time has only increased, in accordance with the law of supply and demand. For example, SMI's data pinpoints the average unit cost for NBC's in-game November NFL inventory at $720,949 a pop, which marks a 10% jump versus what it was pulling down in the year-ago period. That's a little more than 14 times the average U.S. household income for a half-minute of airtime; keep that in mind the next time someone tells you that the NFL (or TV, for that matter) is on the ropes.

As one might expect, the season's priciest NFL buys to date have been tied to America's other great secular holiday. According to SMI, marketers who bellied up to any or all of the three Thanksgiving games paid a premium for all that reach, with CBS's early Vikings-Lions broadcast fetching a cool $860,095 for a 30-second spot, while NBC's prime-time Steeler-Colts throw down averaged $942,391 per :30. Fox boasted the biggest ask of all with its Washington-Dallas broadcast, which commanded an average unit cost of around $1.1 million.

SMI aggregates its data directly from the billing systems of a group of media agencies that accounts for 75% of all U.S. ad spending.

Seven national NFL games remain to be played before Wild Card Weekend kicks off on Saturday, Jan. 7. Among the teams that either have already secured a berth in the postseason or look like a lock to earn a playoff spot include the top-rated Cowboys, who have averaged 25 million viewers and a 13.7 household rating in their 11 national windows; the No. 2 Pittsburgh Steelers (21.4 million, 12.1 rating); the No. 3 New England Patriots (20.5 million, 11.9 rating); the No. 4 Green Bay Packers (20.2 million, 11.6 rating) and the No. 5 New York Giants (20 million, 11.5 rating).