How Do You See These Figures for Seven Titles' Apps?
READ THIS NEXT
Crain Communications buys cannabis media firm

NEW YORK (AdAge.com) -- This is an experimental year for magazines on the iPad, but six months after its arrival, it's not too soon to start looking over the early results. 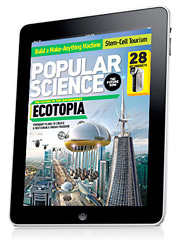 For its April through July issues, Popular Science's iPad sales were equivalent to 12% of its print newsstand sales.

Different genres of magazines are having decidedly different starts. Everyone suspected that certain magazines would fare better, of course, than others in the iPad's early days -- science and tech titles, for example, would probably have more fans among the first iPad owners than, say, a home decor magazine. That's why Popular Science made sure it was one of the first on the iPad, while Meredith, whose portfolio includes Family Circle and Better Homes & Gardens, doesn't plan to release app editions until 2011. But many iPad editions' early sales reveal wider disparities than you might have expected.

Popular Science, for example, averaged sales of 14,034 across the iPad editions of its April, May, June and July issues. It's hard to say whether that's a lot or a little because nobody even tried to sell a tablet edition before April. But we can put iPad sales in context partly by looking at print newsstand sales. How are brands' analog popularity translating into popularity on the iPad?

Popular Science's issues from April through July, the ones that averaged 14,034 sales on the iPad, averaged 115,101 newsstand sales in the offline world. Its iPad sales were equivalent to 12% of its newsstand.

Wired, another obvious techie type, beat everyone's predictions when its debut iPad edition sold 105,000 copies, way above print newsstand sales of that issue. In addition to its readers' obvious affinity for gadgets like the iPad, however, Wired's arrival on the tablet benefited from enormous publicity. It later sold 31,000 iPad editions of the July issue, 28,000 of the August issue and 32,000 of the September issue -- equivalent to 37% of the same issues' newsstand sales.

Beyond sci-tech titles
Outside the science and technology category, Men's Health averaged 3,174 iPad edition sales across its April, May, June and July/August issues -- equivalent to less than 1% of the big business it does on print racks.

Print newsstand sales are a slightly crueler yardstick for the biggest offline sellers, such as Men's Health, because they've got a higher level to measure up against but the same limited pool of iPads to draw from. Only 5.25 million iPads have sold in the U.S., according to a Forrester Research estimate. Sales figures also have to be considered in that light: Print newsstands are everywhere, but relatively few Americans own the devices necessary to buy magazine apps.

But the figures still show you a bit about how far the first six months have, and haven't, brought us. 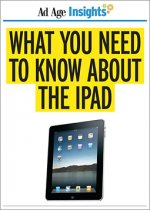 People to Vanity Fair
People magazine, which arrived on the iPad with its Aug. 30 issue, is averaging 10,800 downloads per week; Time Inc. declined to say what proportion of those downloads represent existing print subscribers claiming free copies, although the company said its research shows that half of People subscribers who own iPads have downloaded the app.

People is the second-largest newsstand seller in the country, and, like Men's Health, its iPad sales are equivalent to less than 1% of its single copy sales.

Glamour -- one more major newsstand seller -- sold 4,099 copies of its first issue on the iPad, the big September issue. That's again equivalent to less than 1% of its newsstand sales.

GQ and Vanity Fair, which sell both iPad and iPhone editions and only provided figures combining the two, fall in between. GQ's iPad and iPhone edition averaged sales of 13,310 across the issues from April through August, equivalent to 7% of those issues' newsstand sales. Vanity Fair averaged 8,925 sales across its June, July, August and September issues, equivalent to 2% of those issues' print newsstand sales.

What advertisers want
Nobody was expecting sales to go gangbusters on a new platform with a limited number of owners, among other hurdles, but the emerging sales figures may still have repercussions -- on ad prices in iPad editions, for one thing.

"The majority of advertisers who jumped on board in the beginning recognized this wasn't about scale," said Robin Steinberg, senior VP-director of publisher investment and activation at MediaVest USA. "2010 and possibly 2011 are mostly viewed as exploratory years. We are in a laboratory learning as we go. Short term, we are entering these types of initiatives to gain understanding and get exposed on a test-and-learn basis. The question is: Was it at the right price? And moving forward, should it be the same price? Doubtful."

Magazine app sales figures are important but not the only measure, publishers and advertisers agreed.

Men's Health pointed out that its iPad app, which works like a digital newsstand, sells other products and gives readers free previews of every issue, expanding the reach of its brand and its advertisers.

"A digital platform offers a wide scope of opportunities to interact with the user, and selling magazines is only one approach," said Matt Bean, brand editor at Men's Health, part of Rodale. "The bigger picture is we're closing in on 200,000 total downloads of the newsstand, and will continue to expand and evolve with the market to find new ways to satisfy both our readers and our advertisers. The monthly issue is an important touchpoint, to be sure, but it's not the only one, and we've found a variety of ways to leverage this audience, from marketing non-magazine titles on the platform to collecting email addresses to driving users to other digital brand extensions."

Magazines' iPad editions won't really get in gear until big publishers and Apple agree on some kind of system for subscription offers. But even before then, they'd like a simple "magazines" category in the iPad's App Store. "They've got to look for Glamour to find it," said Bill Wackermann, senior VP and publishing director for Conde Nast's Glamour, W, Details and Brides. "Imagine you created a magazine and said 'It's in this pile, you've got to find it.' We all need to be there because digital magazines aren't going away, but it will be different when digital newsstands are available."

For now, it's too soon to even say whether iPad edition sales are consistently growing, much less how fast. "I don't have enough data to say yes, we're at a level that will sustain, or that it will increase," said Howard Mittman, VP and publisher at Wired.

It will be tough to determine much, in fact, until iPads and subscription offers become commonplace, said Gregg Hano, VP and group publisher at Bonnier, who oversees titles including Popular Science. "Until we get to that day, it's going to be very, very hard to say whether or not young women want consumer, beauty and fashion content on a tablet, as opposed to young men wanting to consume technology content," he said.