March Madness Is 95% Sold Out Across TV, Online Inventory

CBS, TNT, TBS and truTV Will Have Stranglehold on Sports Spending for Next Three Weeks
READ THIS NEXT
Ad Age wins 2021 Neal, Best in Business awards 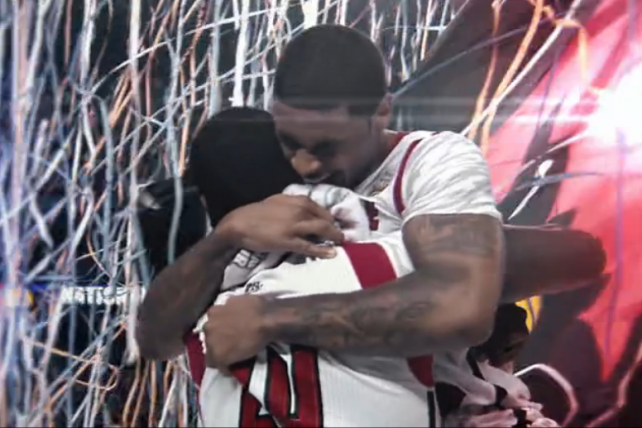 While it's anyone's guess as to who'll be cutting down the nets in Lucas Oil Stadium on April 6, the smart money says the big winners of March Madness will once again be media partners CBS and Turner Sports.

According to insiders, the ad inventory in and around the 67-game 2015 NCAA Men's Division I Basketball Tournament is tighter than the Virginia Cavaliers' asphyxiating pack-line defense. Advertisers have snapped up more than 95% of all available airtime in the linear TV broadcasts and the March Madness Live digital stream.

As befits a high-profile live sporting event -- last year's march to the Final Four averaged a combined 10.5 million viewers per window on CBS, TNT, TBS and truTV, making it the second most-watched tourney in a decade -- ads are priced at a premium. The going rate for a 30-second spot in April's title tilt on CBS is just north of $1.5 million a pop, nearly trebling the price for a single unit in the 2014 NBA Championship Series ($520,000).

With no Winter Olympics siphoning away first-quarter marketing dollars, the annual college hoops showcase will have a veritable stranglehold on sports spending for the next three weeks. And as the architect behind Turner's sports (and ad sales) growth explains, clients looking to optimize their presence in the spotlight are starting to tailor creative specifically for the tourney.

"It's like we've been seeing for years with the Super Bowl, where everyone wants to roll out a new ad when they know everyone's watching," said Turner Broadcasting System President David Levy. "This year, you're going to see a lot of clients breaking new creative in March Madness."

Fans can expect to see fresh campaigns from the triad of NCAA Corporate Champions (AT&T, Coca-Cola, Capital One) and a host of other official partners that includes Allstate, Buick and Burger King. At least two marketers (Amazon Kindle and AT&T) will air new spots developed by Turner Sports' in-house custom ad unit.

This marks the second year that TBS will carry the Final Four, and Turner plans to bring back its "Teamcast" simulcasts on TNT and truTV. Designed to be a sort of homer's-eye view of the proceedings, the alternate feeds feature broadcasters culled from each of the four teams' local markets.

Mr. Levy said that Turner will put a little more marketing muscle into the Teamcasts, which put up decent numbers in the inaugural run. (The Wildcats feed on TNT accounted for 26% of the overall Kentucky-Wisconsin audience, drawing 4.3 million viewers. TBS's national feed averaged 10.3 million viewers, according to Nielsen.)

As for that scourge of workplace productivity, March Madness Live this year is expected to break even more streaming records. The digital service delivered 69.7 million live video streams, which translates into 15 million hours of office drone downtime. The heaviest usage of the app and desktop site was notched during the second round of last year's tourney, which took place on the first Thursday and Friday of the three-week event.

Lastly, CBS will push back the opening tip-off of the championship game to 9:10 p.m. EDT, or about 20 minutes earlier than last year's starting time. If nothing else, that will give younger hoops enthusiasts a shot at staying up to watch the confetti come down as "One Shining Moment" plays over the house speakers.

Since CBS and Turner took joint custody of March Madness back in 2011, the tourney has generated some $4.13 billion in ad revenue, per Kantar Media estimates. Auto, telecom and restaurants account and financial services clients account for the lion's share of the marketing dollars pinned to the tourney.