Casual Affair a Sharp Contrast to the High-Gloss Magazine 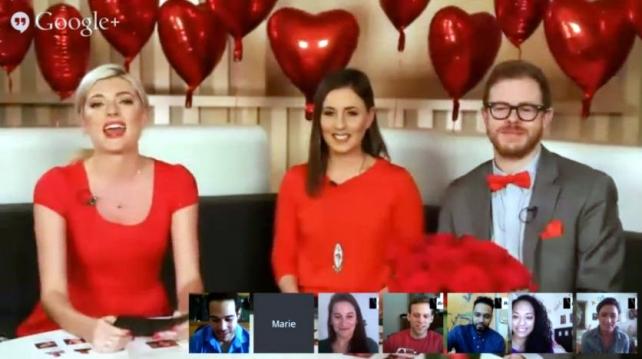 Marie Claire is a highly polished magazine; its recent foray into digital video was not.

The Hearst-owned title live-streamed its first dating show "The Love Match" on Friday, where three women "looking to find love" were paired with one of three eligible bachelors. Marie Claire staffers questioned the participants, who tuned in remotely via Google Hangout, before matching them up. Next week, it plans to live-stream one of their dates -- to be selected by online voters -- and incorporate social media commentary.

Friday's web show, timed for Valentine's Day, was more "The Dating Game" than "The Bachelor" -- minus any significant production costs. That's in strong contrast with the magazine itself, a high-gloss fashion title with expensive visuals funded by a spate of luxury ads. But Hearst Digital President Troy Young has said the expressions of a magazine in print and digital can be separate, and that web staff at Hearst should behave as if they work at a digital-only site.

Mr. Young was traveling Friday and could not be reached for comment. He told Ad Age last year that Hearst's digital product needs to be great. "And not against the print product," he noted, "but as a product itself."

Both Conde Nast and Time Inc. are showing off their digital video wares at this year's NewFronts, a now-annual pitch to video buyers modeled on TV's upfronts.

Publishers old and new are ramping up their efforts in digital video, where advertising rates are more lucrative than for standard display ads. Marketers are expected to spend $5.7 billion on digital video in 2014, according to eMarketer, up 39% over last year.

Neither "The Love Match" nor "Cosmo Live" have sponsors aligned with them. A spokeswoman for Hearst Digital said the company is developing an ad strategy for the live-streaming video.