Marketers of the Year No. 6: Walt Disney Co. 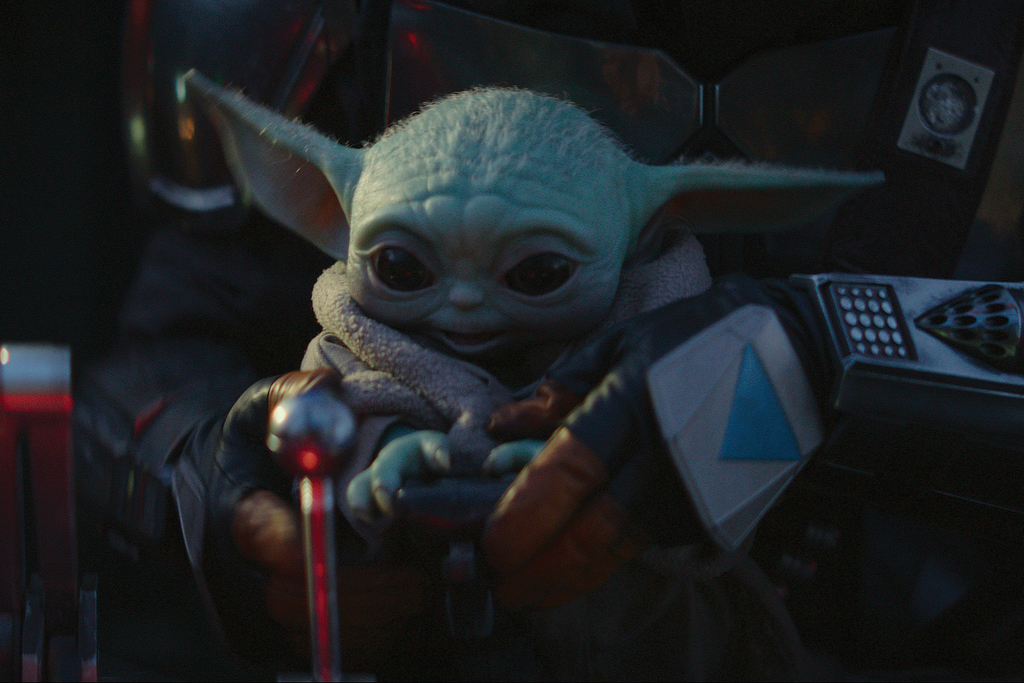 “The Child,” known to viewers as Baby Yoda, from “The Mandalorian” series streaming on Disney Plus.

Walt Disney’s marketing machine was hard at work in 2019 with the launch of several colossal films and the debut of its highly anticipated streaming service.

The Mouse House, long considered the gold standard in cross-promotion, took that to a new level this year. “Disney is a synergy beast,” says Gene Del Vecchio, a marketing professor at the University of Southern California, describing the company’s recent efforts as a game of “three-dimensional chess.”

There’s perhaps been no better example than with the rollout of Disney Plus last month.

It was a kingdom-wide movement that touched nearly every part of the Disney universe, including parks and resorts, cruise lines, consumer products, retail stores and the company’s portfolio of broadcast and cable networks. Ultimately, Disney says the campaign reached more than 100 million households.

To show just how deep Disney Plus’ library content stretched, the marketing team posted a massive Twitter thread of more than 50 tweets showcasing posters of every movie and series that would be available on the platform.

And the buzz didn’t stop after the debut. Perhaps one of the biggest surprises for Disney Plus consumers was the introduction of new character, dubbed “Baby Yoda” by viewers, in the series “The Mandalorian.”

“They fed newsworthy items like bread crumbs,” says Del Vecchio, noting how Disney parceled out details on the original content, price of the service and partnership with Verizon. By the time Disney ran ads for the streaming service, he says, awareness was widespread.

Either way, in the first 24 hours following the debut of Disney Plus, more than 10 million people had registered, according to the company. That figure includes people who signed up for the seven-day trial and those who are receiving one year of the service for free in a deal with Verizon. And that’s just the beginning: The company has forecast that Disney Plus will have between 60 million and 90 million subscribers globally by 2024.

It has also been a record-breaking year for Disney’s film studio, with five movies crossing the billion-dollar mark at the global box office, and another on track to do so. “Avengers: Endgame” grossed more than $2 billion, making it the highest-grossing film of all time, while “Frozen 2” debuted with $127 million, making it the biggest opening weekend ever for Walt Disney Animation. And Disney will close out the year with the highly anticipated final installment of the Skywalker saga, “Star Wars: The Rise of Skywalker.”

With the majority of Walt Disney’s 2019 blockbuster films either remakes of animated classics or sequels to some of the Mouse House’s most beloved franchises, the marketing team was challenged to strike the right balance between nostalgia and surprise.

“These are movies that come with their own pressures,” says Asad Ayaz, president of marketing at Disney Studios. “We had a high bar for what marketing had to achieve because of people’s passion and love” for these movies.

While it was important for the marketing of movies like “Lion King” and “Toy Story 4” to speak to those audiences who remember and love the originals, there was also the need to expand to younger viewers who might not have seen their predecessors, says Ayaz. “We had to ensure our marketing campaigns felt unique and special.”

For the remake of “Lion King,” in particular, the buzz around Beyonce´ as the voice of Nala carried its own weight. Disney held back the track “Spirit,” an original song from the diva, building an entire campaign around its release.

For “Captain Marvel,” featuring the first female Marvel superhero headlining her own movie, Disney brought the film’s 1990s setting back to life at a former Tower Records location on Sunset Boulevard in Los Angeles. The store was dressed in themed signs, album covers and movie posters for the pop-up event, which featured a Q&A with cast members and performances by Bush and L7.

“Avengers: Endgame,” the final movie in the current phase of the Marvel cinematic universe, presented the biggest point of pressure for the studio. Since promotions for the film began just months after “Infinity War” became a box office phenomenon, Ayaz says it was essential that the marketing did not feel derivative.

Additionally, Disney was limited in the moments it could use from the film to avoid spoiling critical plot points. Instead, the studio used clips from previous films to remind viewers why they fell in love with the characters. Disney built an entire campaign around the idea of not spoiling “Endgame.”

With “Frozen 2,” the “challenge is you are following the most successful animated film of all time and the most iconic music ever,” says Ayaz.

Disney aimed to portray a more grown-up version of Elsa and Anna to reflect an audience that has aged with the princesses. To this end, Ayaz says the marketing was more epic in scope as well as cinematic.

The final layer to Disney’s marketing, which Del Vecchio says is sometimes overlooked, is its partnership strategy.

He points to deals with brands including Geico, Coca-Cola and General Mills, among others, for “Avengers: End Game.”

“The reason why that’s so important … it generates a tremendous amount of added awareness and desire,” says Del Vecchio.