Mogul Talks Facebook Live, Future of Magazines and the 'Advertiser Dilemma'
READ THIS NEXT
Yet another TV consortium forms to tackle addressable advertising 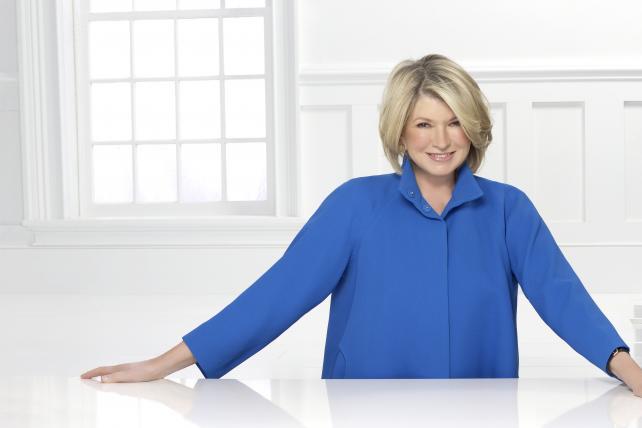 Martha Stewart is a busy person. When Ad Age spoke with her by phone Monday, she was in Chicago to tape a segment on Steve Harvey's talk show, pegged to her new book about vegetables.

Ad Age talked with Ms. Stewart about her Facebook Live strategy, how media companies should approach Facebook, and whether the magazine industry is doomed ("No!").

This conversation has been lightly edited.

Martha Stewart: Facebook came to us to act as a guinea pig. To see how my kind of, sort of, demo TV would work on Facebook. And what it's proven is that it's a very effective medium for putting together people who are interested in learning, with shows that are actually teaching shows. Because, basically, what we're doing on our Facebook Live is teaching something -- a technique, a recipe, a how-to, a craft project, whatever. Whatever occurs to me at the time, or kind of even just an interview with somebody who will teach people something. And I think what it's really attracting are many people who used to watch my daily television show, who have said time and again how they miss the show so much. And also people who are just specifically kind of looking for something that's appealing. Like the Daniel Boulud ratatouille just a couple of weeks ago, because it's seasonal, it's appropriate for the moment, it's certainly delicious. And it got a lot of views for a single recipe. Daniel, again, he's a little bit elusive on TV. He doesn't have a show. He's appealing and attractive and like one of the top chefs in the world. So to have a chance to spend an hour with Daniel is pretty appealing.

Ad Age: So do you think this sort of cuts out the middle man, in terms of production? TV is obviously very expensive and time-consuming to make.

Ms. Stewart: Oh my gosh! To do a TV segment with Daniel like that, on my old show, required, first of all, a show (laughter). And the viewership is about the same [on Facebook], which is really amazing. And this costs us, I think, like, $9,000 all told. If you include all the people's salaries and the time, the rent for my own studios, etc., the allocated expenses, it's nothing compared to a very expensive, highly produced TV show.

Daniel called me the next day. His mother had watched the show in France. His friends from all over the world called him to say, "Oh my gosh, we saw you on TV yesterday." Which is a rare occurrence, they said. And he was thrilled and couldn't believe that the whole thing was done with one iPhone 6 Plus. So that's the difference. It's a huge difference. And it is alternative video. This is good alternative video. And if you have a good cameraman, and can focus in on details, you can get close-ups very immediately. There's no editing involved, which is another fantastic thing. And in a sped-up world, it's speeding up access to ideas via Facebook.

Ad Age: A lot of media companies are experimenting with the platform and doing stunts, like BuzzFeed's exploding watermelon, for instance. They're also doing some serious journalism, with on-the-ground journalists who talk to the camera.

Ms. Stewart: BuzzFeed's doing lovely things. And they're doing their videos. (To aide: 'What do you call that video that they do? The BuzzFeed …') Oh yeah, Tasty videos. Things that many of us have tried before, but it's so convenient. And it's so appealing because it gives you a recipe in a couple seconds, actually. So, yeah, I think avant-garde thinkers who will be able to continue to come up with new and better ways to show the viewer things that the viewer wants to see, but in a lesser amount of time. And there's no commercials, by the way. There's no interruption. You can do it on your time, when you need it and want it.

Ad Age: Do you expect commercials to become part of Facebook Live?

Ms. Stewart: I think integrations will be very effective. Like, for the ratatouille, we could have easily integrated a great olive oil, for example. Because we used a lot of olive oil in the recipe. We could have also integrated, say, Whole Foods, with their nice grocery section for fresh, organic vegetables and things. So we could have easily assimilated sponsorships via integration. And that would have been very effective and very worthwhile. We have already gotten sponsors for some of our Facebook videos by doing integrations that are kind of seamless. A recipe using a lot of sugar, for example, who better than Domino?

Ad Age: Do you feel like you need to have transparency in terms of talking about that and telling the audience that a product is being used as part of a paid advertisement?

Ms. Stewart: Well, all I say is, you just show the Domino bag. That's pretty much enough for a lot of sponsors. … And, by the way, there's constant communication with the viewer. I don't know if you know, but most of my half-hour or one-hour segments that we're doing on Facebook Live, we have over 10,000 engagements.

Ms. Stewart: Facebook Live is an extremely powerful [tool]. I hope nobody does, because I want to continue to do my stuff (laughter). So the more Facebook Live there is on Facebook, the less eyeballs, you sort of think, well, maybe the less eyeballs I'll have too. Selfishly, I'm savoring the moment. You know what I mean.

Ad Age: There's an ongoing debate about how media companies should view Facebook. Whether Facebook is a benevolent actor, or whether media companies are kind of being held hostage to give their content away for free. Do you have a general feeling about Facebook?

Ms. Stewart: I can't feel sorry for the networks. Ok? The media companies. How can you feel sorry for them? I mean, I have a magazine, too. It's constantly being pinned with no credit. Constantly being Instagrammed. You know, everything. You can snap a photo of any of our copyrighted photographs and just use them for your own advantage. So you have to go with it, because that's the way it is.

Ad Age: Do you think magazines are in trouble then?

Ms. Stewart: No! No. Magazines are suffering advertiser dilemma, that's what they're suffering. Because advertisers don't know where the eyeballs are. Magazines are still doing … the most beautiful and useful information content. And people still love paging through a paper magazine. But! Who knows? Who knows?

Ad Age: Some companies, like Hearst, are focusing a lot of attention on social platforms like Snapchat. They're trying to make sure they can translate the brand and the voice and maybe attract younger, potential readers.

Ms. Stewart: Yeah, but a year ago I told someone it would be very hard for me to give up my daily New York Times. Because I really love reading my New York Times in the car. I now get up at 5 o'clock to read my New York Times online. Maybe it has do with politics and what's going on, and maybe it's why I can't wait for the news in the car. But it certainly is a different world.