No Matter Who Wins Mayweather-McGregor, the Biggest Loser Is HBO | Ad Age
Skip to main content
Sign In Register

No Matter Who Wins Mayweather-McGregor, the Biggest Loser Is HBO 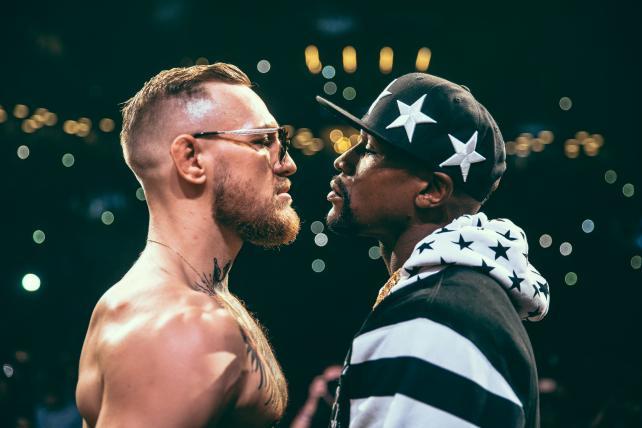 Floyd Mayweather Jr.'s defensive genius has made him the easiest boxer in history for opponents to miss. Early on, it was the high-powered promoters and executives who failed to accurately assess his earning potential. Money Mayweather still hasn't forgotten.

For the last bout of his career, Mayweather is avenging the perceived slights he suffered at the beginning of his illustrious career. Renowned as a fiendishly driven gambler, the greatest bet Mayweather placed was the $750,000 he laid down on himself in 2006, when he rejected an $8 million contract for a fight and bought out his contract with Top Rank in order to promote himself. Though his opponent this weekend will be MMA star Conor McGregor, a welcome ancillary target for Mayweather is HBO.

With no real challengers remaining in boxing this year, Mayweather turned to the UFC and its biggest star, Conor McGregor. According to insiders, he timed the announcement and staged the fight in a manner designed to deal maximum damage to his former network partner, HBO, and two of their biggest pay-per-view fights of 2017.

Begin with the choice of an Aug. 26 fight date. "It's perverse," says Jim Lampley, HBO boxing's longtime commentator, from his home in San Diego. "If there's one indelible, accepted principle in operating pay-per-view, it's 'never before Labor Day.'

That's why, for the upcoming HBO bout between middleweight titleholder Gennady Golovkin and former champ Canelo Alvarez -- one of boxing's best tilts, on paper, in years -- the channel jumped on Sept. 16 to maximize the number of pay-per-view buys, assuming that Showtime would choose a later date in the fall for Mayweather-McGregor.

Instead, Mayweather-McGregor was set for Aug. 26, creating a tidal wave of publicity that is currently drowning the lead-up to the Canelo-Golovkin fight. To rub salt in HBO's wound, Mayweather announced his fight against McGregor on June 14, three days before Andre Ward, an HBO world champion fighter who inherited the pound-for-pound crown from Floyd, fought a rematch against Sergey Kovalev. In 30 years of pay-per-view TV, only two fights performed worse than Ward-Kovalev II. Mayweather's announcement didn't help those numbers.

Stephen Espinoza, executive VP of Showtime Sports, has said in previous interviews that the match came together quickly and that the fighters simply didn't want to wait until November to rumble. (Sources at Showtime were unavailable to speak on the record at press time.) Among media watchers, the idea that the last weekend in August was an "open runway," with no sports competition, could have made it an irresistible, if counterintuitive, target date.

That is small comfort to the folks at HBO. "Everybody in boxing is doing the best they can, without being overwhelmingly defensive, to make the point that there's a great fight coming up," Lampley continued. "But it's not on Aug. 26. It's on Sept. 16."