Maxim magazine is cutting the paid circulation it guarantees advertisers from 2.5 million to 2 million next year, a 20% drop, and reducing its publishing frequency to 10 issues next year from 11 this year. Last year Maxim published 12 issues. 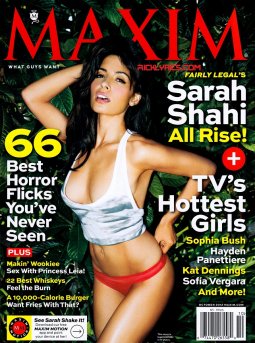 Maxim President Ben Madden said the magazine continues to occupy a solid position among men's monthlies. "We're falling all the way to No. 1," Mr. Madden said. (Or to a tie, at least: ESPN The Magazine also promises advertisers paid circulation of 2 million, Mr. Madden added.)

With the circulation cut, Maxim will abandon a rate base it has maintained since 2001, when it was a white-hot challenger to established men's magazines. Many publishers have been reevaluating the benefits and costs of maintaining larger circulations, particularly as digital media competes for advertising and consumers. Established magazines that head the other way have become exceptions.

There are benefits to maintaining large circulation, but that 's not the only factor, Mr. Madden added. "It's about being the most efficient and the best."

Maxim has been working on efforts to expand on digital platforms, where it had an average of 79,447 individually paid subscriptions in the first half, as well as in areas such as events. Maxim is hosting 70 events this year, a spike from about 50 last year and the number will expand next year, Mr. Madden said. The title also expects to publish two Salute to the Military newsstand specials next year following the publication of one over the summer and another last year.

In January Alpha Media, Maxim's owner, named magazine veteran Jack Kliger, the former CEO of Hachette Filipacchi Media U.S., its executive chairman. He is the latest in a string of leaders since Quadrangle Capital Partners bought Maxim and other titles in 2007 to form Alpha Media. Lenders took over the company two years later.

Maxim averaged paid and verified circulation of 2.5 million in the first half, down 0.5% from the same period a year earlier, as newsstand sales declined 19.9% and subscriptions slipped 1.6%, according to its reports with the Audit Bureau of Circulations.