Maybe all disgraced politicians should resign on Facebook Live

Governor Ricardo A. Rosselló of Puerto Rico just did
READ THIS NEXT
Snapchat strikes deal to sell local ads through newspaper giant Gannett 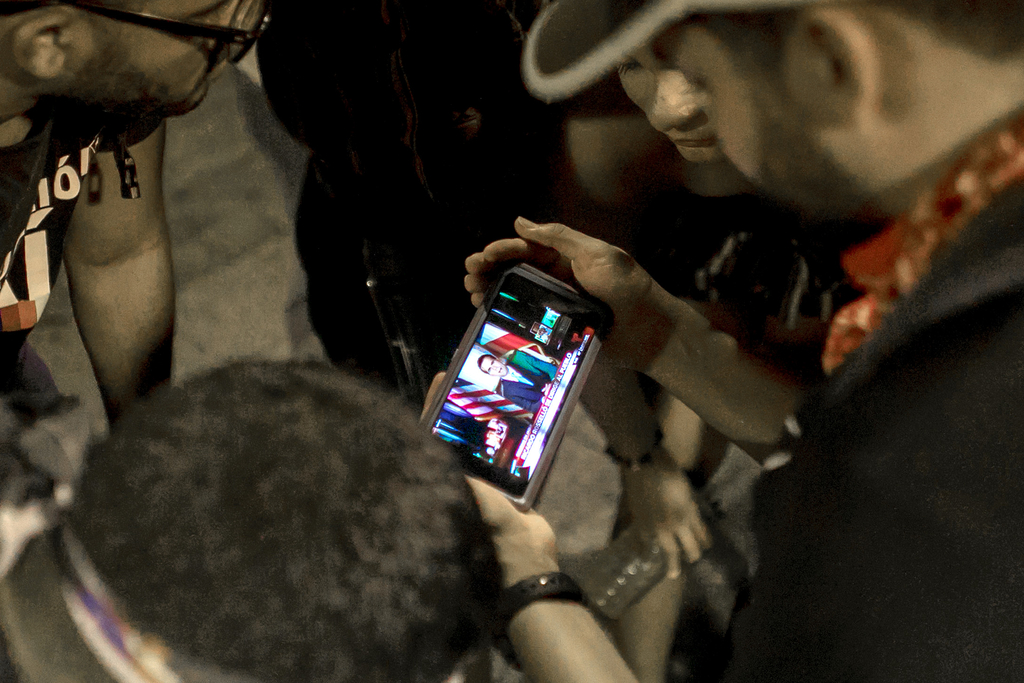 People watch and listen to a live broadcast of an address by Puerto Rico Governor Ricardo Rosell on a smartphone in San Juan, Puerto Rico, on Wednesday, July 24, 2019.

These days politicians (and political careers) live and die by social media, so it’s entirely appropriate that embattled Governor Ricardo A. Rosselló of Puerto Rico chose to announce his resignation with a little help from Facebook Live late Wednesday night.

Rosselló’s exit (his last day on the job will be Aug. 2) came in the wake of a week-plus of public protests triggered by leaked internal chats between the governor and his advisers—which were disseminated via legacy and social media alike. The chats, hilariously, took place on Telegram, the messaging platform that hypes its superior level of privacy with lines on its website such as “Telegram keeps your messages safe from hacker attacks” and “Telegram messages are heavily encrypted and can self-destruct.”

It’s unclear how the messages were leaked, but it turns out Rosselló didn’t need much help with his own self-destruction. Chat transcripts revealed a vile culture in his administration that came from the top down. Among the targets of Rosselló & Co.’s nastiness were San Juan Mayor Carmen Yulín Cruz. As Ray Sanchez of CNN reports,

In the chat, Christian Sobrino Vega—who was Puerto Rico’s chief fiscal officer at the time, and Roselló’s representative on the federal board responsible for managing Puerto Rico’s financial crisis—expressed frustration with Yulín Cruz.

“I am salivating to shoot her,” he wrote.

“You’d be doing me a grand favor,” the governor responded, according to the leaked chats.

Instead, he did himself in. But he went out with a whimper, not a bang.

Taking to Facebook Live just before midnight last night (the local media outlets sharing the broadcast via their personal accounts), Roselló delivered a self-serving, self-congratulatory speech in which he buried the lede.

Per Patricia Mazzei and Frances Robles of The New York Times,

Hundreds of protesters outside La Fortaleza, the governor’s official residence, went suddenly silent on Wednesday night when Mr. Rosselló’s message began to air after hours of delay, with groups huddled around cellphones to listen. The crowd, shouting, grew restless as the 14-minute statement dragged on, but it burst into thunderous applause the moment he announced he would resign. Puerto Rican flags shot into the air and the drumbeats began, to chants of “¡Oé! ¡Oé ¡Oé!”

Television ratings for the address have yet to come in, but Ad Age kept an eye on the audience levels of the Facebook Live-cast, and at its peak the stream had about 65,000 simultaneous viewers.

Once upon a time, high-profile political resignations were a big deal—tentpole events, in broadcast lingo. President Richard Nixon’s August 8, 1974 resignation speech, for instance, drew an estimated live TV audience, at 9 p.m. ET, of 110 million viewers. That number, though, fell short of the July 20, 1969 audience for the moon landing—which some industry observers predicted Nixon would beat. As the Times noted at the time,

One network executive observed that after the news dispatches indicating the president would resign, “the speech itself was anticlimactic, and, we may have overestimated a bit the interest in the event itself.” In New York, for example, some 450,000 viewers chose the baseball game between the Mets and the Pittsburgh Pirates on WOR‐TV, Channel 9, instead of the historic resignation of the president.”

Actually, Rosselló was lucky to get even 65,000 simultaneous viewers on Facebook Live. (Puerto Ricans and other interested parties ended up watching on their own schedule; as of this writing, the archived version of the livestream has 1.7 million views.) In 2019, of course, resignation speeches delivered by disgraced politicians are entirely commonplace. You could practically bingewatch them, but why bother?

Really, the better idea is to just post your own video—of you and your fellow citizens cheering wildly in the streets.

This was the moment thousands of protesters, standing in front of the governors mansion, tonight, heard the governor say he is resigning pic.twitter.com/PhmVDGpe4A