Shops Have Been Behind Work From Branded Series to Apps, and Lines Continue to Blur
READ THIS NEXT
TikTok and Snapchat battle for Gen Z, as Instagram trails with kids

Thirty-second ads? Long-form reality TV? Just a few years ago, media shops would be the last place you'd think such projects would originate from.

But as silos are slowly coming down within agency walls, traditionally defined roles are changing. So if a media agency has a great creative idea for a TV commercial, and the talent and tools to pull it off, some clients are going for it. Ditto for other big, outta-the-box ideas.

"It really doesn't matter to us where the idea comes from or who champions that idea," said Joe Kuester, senior brand manager for consumer-goods marketer Kimberly-Clark, which teamed with Mindshare Entertainment on a series of Whoopi Goldberg-starring webisodes to promote its Poise brand. "If it's the strongest idea and we believe it meets the brand strategies and is aligned with consumer insights, that's what we are going to execute against." 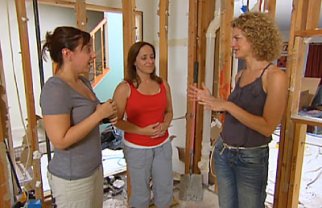 The program, now renewed for a second run, combined celebrity chefs with a kitchen-makeover concept. The broader campaign included in-store appearances by the celebrity chefs, book signings, point-of-sale materials and a targeted direct-mail campaign. According to a Latitude Research study, 60% more people agreed that "Ikea offers high-quality materials" after seeing the show and two out of three viewers said they planed to visit Ikea when considering a kitchen renovation. The program also helped drive a 33% increase in Ikea's online "Kitchen Planning" tool.

AMERICAN LEGACY'S 'ZOMBIEVILLE'
The blurry line between ad and content was on full display when Omnicom Group's PHD struck a deal with MTV on behalf of the American Legacy Foundation's "Truth" anti-smoking campaign. The media shop worked with the network to devise "Zombieville," a gruesome take of MTV's "Real World" with beheadings and teens being eaten alive. The 60- to 90-second segments led out of commercial pods directly into the real "Real World," while providing messages about how deadly smoking can be.

T-COMMERCE, BROUGHT TO YOU BY MASTERCARD
You've heard of e-commerce. Now meet T-commerce, as in tablets from the likes of Apple, Dell and HP, among others. And on Wired's new "Test and Play" iPad app, launching with the pub's May edition, it's sponsored by MasterCard.

The application, developed by Universal McCann, enables readers to check out recommended products from the editors of Wired's iPad edition through an interactive "buy now" component linking to Amazon.com, and MasterCard has an exclusive sponsorship for several months. An ad touts "Powered by MasterCard" at both ends of the app (Wired's iPad edition and the Amazon purchase point), although consumers are free to use whatever credit card they want to make a purchase.

INTEL'S 'IDEAJAM'
To promote Intel's Core computer processors and boost its image as a leader in smart thinking and design, OMD's Greenroom Entertainment teamed with Ashton Kutcher's Katalyst Media and Google to create a digital/experiential program called Intel IdeaJam. Earlier this month, Mr. Kutcher kicked off the first IdeaJam at Katalyst offices in Los Angeles, telling an audience of nearly 50 Hollywood content producers that Intel wanted to create "an arena for collaboration." Those convened were tasked with creating six pieces of innovative digital content in 48 hours.

Other events focusing on education, music and other topics will be held at Intel and Google offices; pre-promoted in social media; and streamed on the web. Intel is spending nearly $2 million to promote the campaign on Google and YouTube. "For each IdeaJam, we will have a stated problem and an end result that will help to solve that problem," said Laurie Koehler, consumer-campaigns-activation manager in the Americas marketing group at Intel.

Why is she smiling? Whoopi Goldberg as Mona Lisa in Poise campaign.

POISE GREAT WOMEN IN HISTORY
It was a subject as taboo as erectile dysfunction before the days of Viagra, yet one in three women suffers from some degree of light bladder leakage. We wanted to "spark a conversation," said David Lang, who heads Mindshare's entertainment division. The creative idea? "If one in three women had this issue, maybe one in three great women in history might have had it, too," he said. Mindshare produced six comedic webisodes with Ms. Goldberg portraying historical characters such as the Mona Lisa and Cleopatra, and placed a TV spot featuring Ms. Goldberg in the 2010 pre-Oscars program. By the end of the year, the project had generated 1.5 billion media impressions via the webisodes, the Oscars TV spot, and reams of press coverage and blog commentary. And 2010 was the biggest sales year for the 19-year-old brand.

Steve McClellan
View all articles by this author