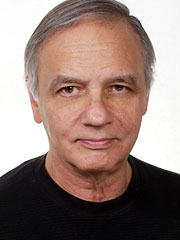 Steve Fajen
Mr. Drexler, a former CEO of Optimedia, and Mr. Fajen, a former president at Deutsch and Simmons Research, said "inadequacies" running rampant through the media-agency review process have created an opening for their firm, Drexler Fajen & Partners. Agency-client relationships that last an "unacceptable" average of only three years are one symptom of those inadequacies, they said. Rising agency reviews but declining consultancy involvement are another.

"From what I have seen, most of the consultant work being done is just not very good," Mr. Drexler said. "Changes in the media world are occurring very rapidly, and if you look at the magnitude of that change and the decrease in the use of consultants it clearly indicates that consultants aren't keeping pace. So marketers believe they can do it better themselves."

Agency consultants recently found themselves under attack when another agency executive trying to get into their business, former Grey and Foote Cone & Belding CEO Steve Blamer, promoted his new Blamer Partnership with a three-page letter to marketers. In it, he blamed problems in the search-consulting business on what he called "shameful and unethical" practices. 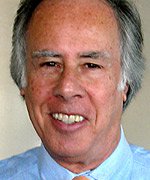 Joanne Davis, a well-known agency consultant, defended her industry against Mr. Blamer last month and defended it against Messrs. Drexler and Fajen today. "The bigger problems with the process are more frequently caused by clients that aren't fluent in complex agency reviews and don't get consultant help, not by consultant inadequacies," she said. "I hope this isn't another example of new agency review consultants criticizing the other consultants. We are hired by clients for our expertise. Consultants should stop swiping at other consultants, just as the best agencies don't swipe at other agencies."

The current process, however, is a remnant of simpler times in the media landscape, Mr. Fajen said. "There was a way of doing things in the past, but the past has become the present and gotten more complicated," he said. "So the steps we are suggesting weren't necessary 10 years ago. We are in the media-performance business and want to see strong relationships develop out of these reviews."

Drexler Fajen will produce quicker and more informed decisions for marketers and agencies, Mr. Fajen said, with its partners' experience, proper benchmarking and talent round tables that bring agency and client execs together in a room to test chemistry, fact-based buying challenges. And after a selection has been made, Drexler Fajen will offer some form of transitional help.

"The media-pricing benchmarks being used are insufficient and in many cases not terribly accurate," Mr. Drexler said. "And the criteria being used for agency talent assessment are also inadequate. Every client is different and you can't use a standard [request-for-information] model for everybody. The real issues clients are concerned about are not accurately and clearly identified during the review and those have to be addressed from the start before you start talking to the agencies."

Those criticisms are unfair, an executive at a major search consultancy said. "There are companies that specialize in media-pricing benchmarks, and media auditors are all over this, so I'm not sure how they say they are outdated and not accurate," the executive said. "It's naive to say benchmarking agency talent is inadequate. Media and all agency review processes are carefully designed to evaluate the players. The process can be as fast or slow as is right for the client's business."

"It's a mistake to make the process too fast as a media agency selection is a serious decision and a long-term considered purchase," the executive added. "You're not buying paper clips."