In earnings calls this week, top media execs say the near-term will be a challenge for TV advertising due to the lack of live sports and pullback in spending
READ THIS NEXT
‘America Must Change’: The story behind Time’s latest cover artwork 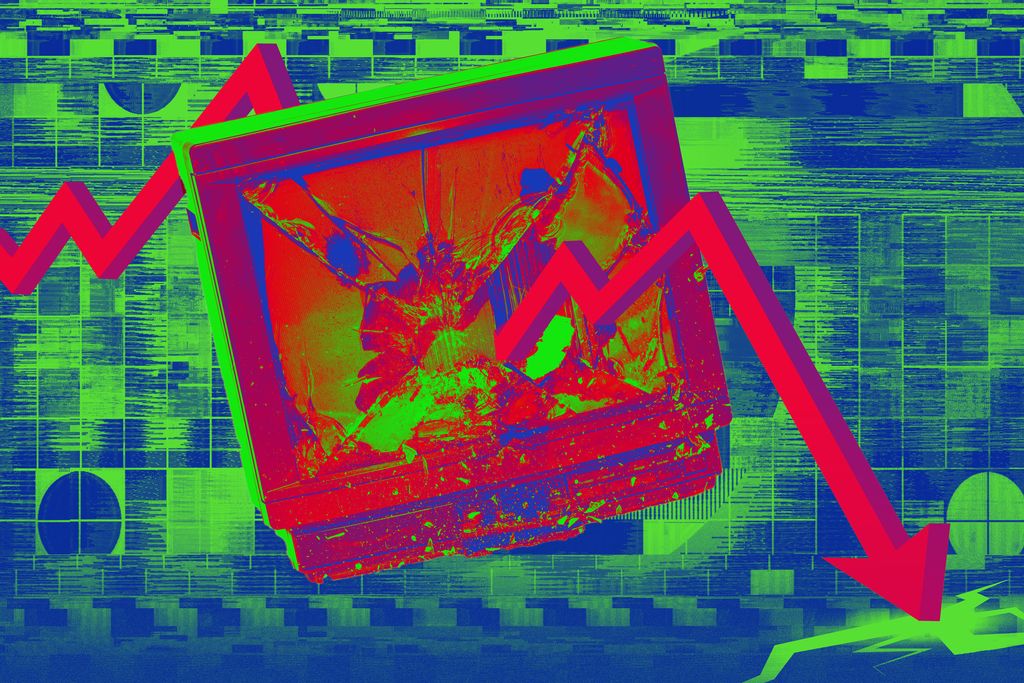 The outlook for TV ad revenue moving into next quarter is grim due to the coronavirus pandemic, according comments made by the top brass at media conglomerates during earnings reports this week.

The lack of live sports, coupled with a pullback in spending by some key advertising categories, will pressure ad revenues at TV network groups in the near term.

Roku said on Thursday evening that it saw a greater number of ad cancellations than normal. Still, it said it did see more advertisers move to the platform from traditional TV, as it has benefitted from a surge in OTT usage while people are social distancing.

“Spending will come back, but it’s likely in our view not going to come back in the way that it had been,” Roku CEO Anthony Wood said in a conference call. “Even in the case of sports, we think that this disruption will force a reassessment broadly by marketers.”

Earlier in the day, ViacomCBS CEO Bob Bakish declined to predict how much domestic ad sales revenue would be impacted in the second quarter, but said “it’s not pretty.”

Ad revenue declined 19 percent to $2.48 billion thanks in part to the cancellation of the NCAA “March Madness” tournament and having the Super Bowl in 2019. Excluding this impact, ad revenue would have increased 2 percent. Profit tumbled to $516 million, or 84 cents a share, compared with $1.96 billion, or $3.20 a year ago. Still, adjusted earnings of $1.13 a share beat analysts’ estimates of 95 cents. Revenue declined 6 percent to $6.7 billion.

“It’s not as bad as what Fox said, that’s for sure, but it’s not pretty either,” Bakish said. But he does expect to see some improvement in the second half of the year, with PGA expected to resume its season in June.

“At this point, we know there will be a significant impact on ad sales in Q2. But based on what we’re seeing today … we believe there will be an improvement in advertising in the third and fourth quarters, assuming businesses begin to reopen at scale,” Bakish said.

Political advertising has also slowed down, but Murdoch said with still six months away from election day, he expects the category to intensify closer to November.

The outlook is stronger at Fox News, which has seen ratings growth, especially of younger audiences, helping to boost ad sales. And advertising that was originally earmarked for sports on other Fox networks is being moved to Fox News, which posted a 15 percent increase in ad revenues.

“This growth has not gone unnoticed by advertisers with new business coming to Fox News from clients looking to reach these younger demos or to transition dormant sports dollars to news or to present different marketing messages in light of the virus, thereby mitigating most of the pullback in the categories that you would expect, such as auto, entertainment and retail,” Murdoch said.

On the sports side, which accounts for 40 percent of Fox’s total ad revenue, Murdoch said very little of its revenue has been impacted thus far by the shutdowns. This is because most of the company’s sports revenue is concentrated in the fall with baseball post-season, college football and NFL.

For the current quarter, Fox saw a 25 percent increase in revenue to $3.4 billion, buoyed by the Super Bowl. Earnings were up 20 percent to $920 million.

Walt Disney’s ESPN, which has been scrambling to re-program the channel in the absence of live sports, saw its ad revenue decline 8 percent in the quarter compared with last year.

“The net impact in what we are seeing is a significant decline in ad sales, and we’ll see it more at ESPN than we will at the broadcast networks,” McCarthy said. “There’s definitely more ad sales decline, year over year, hitting ESPN.”

Shutdowns due to the coronavirus had a $1.4 billion impact on income in the quarter, with much of that stemming from the closure of Disney theme parks.

At Discovery, domestic ad sales were flat at $1 billion for the quarter, but the company said cancellations began to increase toward the end of March as the coronavirus crisis accelerated. U.S. TV advertising was pacing down 20 percent in April.

On March 24, the company withdrew its 2020 financial guidance due to the pandemic.

Discovery CEO David Zaslav touted ratings at its lifestyle networks, like HGTV and Food Network, as more people are at home and exploring DIY projects and experimenting in the kitchen.

On the pay-TV side, Dish Network said it lost 413,000 subscribers in the first three months of the year compared with 259,000 in the year-ago period. The company closed the quarter with 11.3 million subscribers, down 6 percent from the same time last year. This included a loss of 281,000 Sling TV subscribers. Sling TV, which has issued free offers during the pandemic, has 2.3 million subscribers.

“COVID-19 pandemic caused severe disruption in certain commercial segments served by Dish, including the hospitality and airline industries,” the company said in its statement.

Register for Ad Age's TV Pivot where TV sales leaders, media buyers and marketers will discuss the future of deal-making and the way forward amid the pandemic.