Media's Most Powerful Women -- as Ranked by Forbes and Fortune

Yahoo's Carol Bartz Is Fortune's No. 10 but Forbes' No. 42, Behind Chelsea Handler
READ THIS NEXT
Biden draws bigger inauguration ratings than Trump

NEW YORK (AdAge.com) -- Readers know as well as magazine editors that annual lists and rankings are both fun and usually something short of cold hard science. But most of the time readers don't get to compare two competing magazines' lists on virtually the same subject like they can this month with Forbes' 100 Most Powerful Women and Fortune's 50 Most Powerful Women in Business. 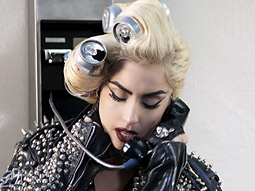 Lady Gaga
Credit:
Interscope Records
They aren't studying, if that's the word, exactly the same subjects: Forbes is ranking women with all sorts of influence while Fortune is ranking women in the corporate suite.

That meant Forbes got to rank a lot of entertainers, including No. 3 Oprah Winfrey, No. 7 Lady Gaga, No. 9 Beyonce Knowles and No. 10 Ellen DeGeneres. Fortune ranked Ms. Winfrey at No. 6 but otherwise filled out its top 10 with executives like the CEOs of Archer Daniels Midland and the insurance giant WellPoint. So we know whose list is more fun.

But there's still room for a little disagreement between the rival rankings. Arianna Huffington made No. 28 for Forbes but couldn't place for Fortune, which is apparently waiting for Huffington Post to start making real profits.

It sometimes seemed like the Forbes list, on the other hand, ranked media executives lower than all the celebrity, political and royal competition could explain.

Anne Sweeney, co-chair of Disney Media Networks and president of the Disney-ABC Television Group, was No. 15 for Fortune but No. 69 for Forbes. Facebook COO Sheryl Sandberg took No. 16 on Fortune's list but ranked No. 66 with Forbes.

Sure, the Forbes list put Yahoo President-CEO Carol Bartz in competition with Hillary Clinton, Madonna, Sarah Palin, Sonia Sotomayor, Angelina Jolie, Chelsea Handler, Heidi Klum and Queen Elizabeth II. But did Forbes really need to rank Ms. Bartz, No. 42, below all of them, including Ms. Handler at No. 33?

As it turns out, probably so: The Forbes list set different criteria for different kinds of folks. People categorized under business were ranked partly on company revenue, while people in media were partly ranked according to social-media status, as revealed by Google hits, Facebook fans, Twitter followers and TV and radio appearances.