The Best Media Writing of the Week

In 1966, Esquire published "Frank Sinatra Has a Cold," a seminal example of New Journalism and proof that a great writer could capture the essence of his subject without even speaking to him. Last week, in its portrait of Kanye West, Slate birthed a new genre of profile-writing: Call it the Social-Media Write-Around. The sum of the reportage for pop critic Jonah Weiner's "Kanye West Has A Goblet" is the copious splatter of the hip-hop giant's tweeting, Facebooking, Ustreaming and blogging. It's all imagined by Mr. Weiner to be the transcript of an interview with Mr. West. 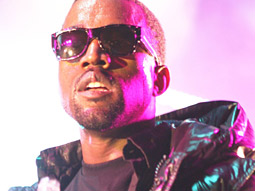 I don't get to ask any questions, but I do get a constantly updating record of West's thoughts, whereabouts, cravings, jokes, meals, flirtations, bon mots, and on and on. In the face of a mountainous info dump like West's, isn't the basic work of profiling-building from the raw material of everything someone says and does toward a more focused sense of who they are -- as relevant as ever?

This is an object lesson in fatal flaws of profiles in general -- and celebrity profiles in specific. Already affronts to any properly-formed intelligence, those fawning profiles are now apparently useless even to the artists themselves. A world where a Kanye can accumulate more than 800,000 Twitter followers doesn't require him to sit for an interview with some dastardly reporter who might, say, ruin his jokes in the retelling. Which means that he hardly bothers to sit for interviews any more. Many forms of journalism might be dying but Mr. Weiner's piece, which for all its staged laziness probably looks about the same as the typical profile based on an interview, is a reminder that not all those forms require mourning.

If you're the kind of person who dwells in the mainstream of internet culture, living on Facebook, Twitter and Foursquare, you may be a bit puzzled by all the hubbub around the popular image board 4chan. A strong profile of founder Christopher "Moot" Poole in the latest Technology Review will explain to you that 4chan is an important outlier in the debate over digital identity and privacy. Google's Eric Schmidt and Facebook's Mark Zuckerberg offer visions where every tossed-off utterance and boozy snap will live with you forever in digital form. Schmidt has even suggested that a name change to dissociate from youthful indiscretions will become commonplace. But that's not necessary in a 4chan universe. Generally anonymous, egoless, and archive-less, 4chan's /b/ board offers users -- "/b/ tards" -- the opportunity to communicate in the moment with a large number of like-minded, if often warped, souls without the risk that their trolling with follow them.

This mechanism was originally meant to save storage costs, but as Poole notes, "it's both practical and philosophical." Among other things, it challenges the idea that digital identity should follow you across time, linking what you say when you're a teenager to the middle-aged business owner you might become. In 4chan's heavy traffic, a message can vanish within hours or even minutes of its posting. As approaches to community management go, this is pretty much the opposite of what the mainstream Internet seems headed toward.

For those of us who do want to maintain those records and trails, there remains the question of just how to do so. Tech pundit Leo Laporte grappled with this after realizing -- brace yourself -- that his Twitter feed was no longer updating with his Google Buzz updates. Or something. The point is that nobody in his community noticed that particular communication breakdown, a sharp contrast to all the emails that roll in when he skips a podcast. What Laporte concluded is that the social platforms he's chased after were inferior to his blog as a way of cataloging all his thoughts, feelings, and actions.

It makes me feel like everything I've posted over the past four years on Twitter, Jaiku, Friendfeed, Plurk, Pownce, and, yes, Google Buzz, has been an immense waste of time. I was shouting into a vast echo chamber where no one could hear me because they were too busy shouting themselves. All this time I've been pumping content into the void like some chatterbox Onan. How humiliating. How demoralizing.

To realize that posting on Plurk is not time well-spent is not exactly Paul on the road to Damascus. I grant you that. Nevertheless, he has a point here. Ultimately, Laporte, with a touch of hyperbole, is making the argument for finding your niche and selecting the right communications tools to best reach them and thus resist the temptation of distributing yourself into every channel that pops up. That's not bad advice for our distracted times. 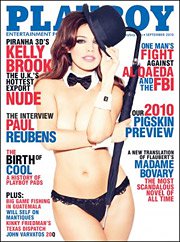 On the cover of the latest issue of Playboy, right next to "Piranha 3D" star Kelly Brook's left hip, is the cover line: "A New Translation of Flaubert's Madame Bovary: The Most Scandalous Novel of All Time." Even for a magazine with a history of publishing great fiction, this is a dissociative moment. Inside the magazine Playboy gives very little context to a readership that might just be a bit behind on their Flaubert, aside from some copy that describes Emma Bovary as "one of literature's most celebrated sinners." Happily, we have The New Yorker's Macy Halford to guide us through it.

All of this is strange to me. I am aware that Playboy publishes (and pays a lot for) great fiction. But this copy suggests that the magazine expects its readers to be both savvy enough to know who Emma is already and stupid enough to buy into the idea that "Bovary" is naughty by today's standards. Which is why, I guess, the excerpt demands to be accompanied by art of a naked lady flying through the air on a saddle, illustrating a quote pulled out from the text:"With her face tilted down a little, she abandoned herself to the cadence of the motion that rocked her in the saddle."

The HuffingtonPost reported that John Mayer and Jennifer Aniston might be getting back together. Mayer did not like that one bit and so he took to his Tumblr account and gave "the Internet Death Star" the what-for:

The reason I'm calling you out instead of all the other magazines that make stories up out of thin air is that In Touch and Star Magazine aren't concurrently writing pieces about Pat Tillman or WikiLeaks. Those other rags know who they are, and even if they're obnoxious, I'd rather have to live with them because they (and the rest of the world) know where they stand, which doesn't make them one tenth as dangerous as you are. You're a stripper wearing reading glasses. Or maybe you're an insolvent law student willing to dance for a few extra dollars. Either way, it's uncomfortable to watch you try to wrap yourself around a pole when you have that C-Span scar.

We truly don't need celebrity profiles anymore, do we?