ABC has named one of its longtime marketing executives, Marla Provencio, to the new role of chief marketing officer for the Disney broadcast network's prime-time, daytime and late-night entertainment schedule. 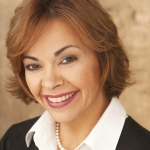 For Ms. Provencio, the move is the culmination of a 31-year career at the network, where she has done everything from helping to devise "Desperate Housewives" dry-cleaning bags that read "Everyone has a little dirty laundry" to promoting the series finale of "Lost" without releasing any new footage that might spoil the program for hardcore fans.

One of her more recent efforts? A commercial for a new summer musical-competition program, "Duets," that borrows liberally from Apple's famous "1984" Super Bowl commercial. In the spot, a deadened audience is oppressed by large video screens filled with judges from existing singing contests -- roughly impersonating Christina Aguilera from NBC's "The Voice," Simon Cowell from Fox's "The X Factor" and Randy Jackson from Fox's "American Idol."

An athlete emerges from the back of the room and hurls a microphone and stand into the screen, revealing a vibrant new stage. The suddenly liberated audience leaps to its feet, while viewers are told the show debuts May 24.

Just as the "1984" Apple spot was meant to turn consumers on to an alternative to better-known products from IBM, the ABC promo hopes to upset the current broadcast-TV music-show hegemony, which has never seemed more ripe for change. "American Idol" is in the midst of a ratings decline, the natural by -product of its age. Meanwhile, "X Factor" and "The Voice" are set to clash in September.

"These promos have to do a lot of heavy lifting for us," said Ms. Provencio, who calls the "Duets" effort "an homage" to the fabled Apple ad.

Creating promos that prompt ripples in pop culture is part of what interests her. "I lean more toward the creative part," said Ms. Provencio, who will join the ranks of other TV-industry veterans who must take an old job -- getting the word out about new TV programs -- to new frontiers. TV networks could once largely rely on reaching viewers with ads on their own airwaves, but that approach has become less comprehensive as more potential fans have begun to get their video entertainment from nontraditional viewing screens.

At the CW, as a result, Exec VP Rick Haskins has used shock tactics in print ads and outdoor posters to generate chatter about "Gossip Girl" and "Vampire Diaries." At CBS, Marketing President George Schweitzer has printed CBS logos and show names on eggshells, deli-meat wrappers and freezer doors to spark awareness of new programs. Key in all the efforts is a recognition that TV promos, while still a large part of the process, can no longer serve as the only means of reaching viewers.

Ms. Provencio has "always supported the reinvention of the space," said Alan Cohen, CEO-U.S. of Omnicom Group's OMD, who supervised Ms. Provencio at ABC between 1996 and 2002.

In addition to marketing ABC, Ms. Provencio supervises its ad spending. ABC and its brethren aren't seen in the same light as Coca-Cola or Procter & Gamble, but like those blue-chip advertisers, they have product to sell -- TV shows. Ms. Provencio, who declined to comment on the size of ABC's marketing budget, will ultimately determine how much of the network's money is spent on guerilla marketing, magazine and newspaper pages and digital outreach. She may also play a role in determining which media outlets receive ABC dollars.

Ms. Provencio started her career in on-air promotion at ABC in 1979 as production coordinator. Over the years she has held various positions, including executive director of promotions aimed at daytime viewers and consumers of children's programs, vice president of all on-air creative for ABC's drama and long-form programming and VP-marketing of ABC Entertainment. Prior to being elevated to the CMO role, she worked in lockstep with another executive, Michael Benson, as a co-exec VP of marketing. Mr. Benson left the network in 2010 after Paul Lee was named head of ABC Entertainment and said he would take a stronger hand in steering marketing and promotion of the network's shows.

Ms. Provencio was named an Ad Age Entertainment Marketer of the Year in both 2005 and 2007.