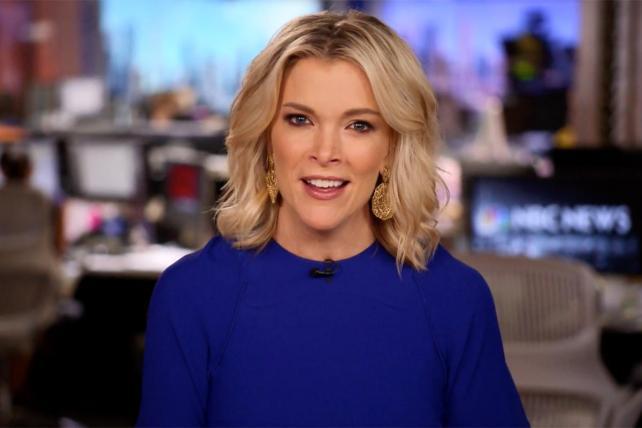 'That's all for tonight -- and for the summer run of this program,' Megyn Kelly said on the latest episode of her weekly evening news show, before assuring viewers she'll be back on Sunday nights in the spring.
Credit: NBC Universal

Eight episodes into the newsmagazine's maiden run, NBC has pulled "Sunday Night with Megyn Kelly" off the air, replacing it with original episodes of "Dateline."

The decision to end Kelly's summer run, previously reported by The New York Post's Page Six but little-noted beyond that, eliminates episodes that the network had put on its schedule for Aug. 6 and Aug. 13.

Kelly announced that her primetime show was going on hiatus at the tail end of Sunday night's broadcast. On the heels of a brief interview with comedian Ricky Gervais, Kelly signed off … but not for keeps. "That's all for tonight -- and for the summer run of this program," she said, before plugging her new morning show and assuring viewers "I'll be back right here, Sunday nights, in the spring."

People familiar with the situation said the first season of Kelly's primetime show had been slated to end on Sept. 3 at the latest, in order to make way for the return of "Sunday Night Football," but a fixed number of episodes was never set in stone.

After debuting on June 4 to 6.2 million viewers and a 1.2 rating in the news demo, the equivalent of around 1.44 million adults 25 to 54, Kelly's Sunday night show struggled to retain an audience. A controversial broadcast featuring an interview with conservative conspiracy theorist Alex Jones delivered just 961,000 demographically-relevant live-same-day viewers, and subsequent ratings fell even further from there.

As with most network newsmagazines, Kelly's show over-indexed on advertising for pharmaceuticals, auto manufacturers and financial services.

With the Sunday night show now up on blocks, Kelly is now free to focus on the launch of her new morning show, which is set to launch on Sept. 25. "Megyn Kelly Today" will air in NBC's 9 a.m. time slot, immediately following the two-hour "Today" block hosted by Matt Lauer and Savannah Guthrie. Kelly's hour will lead into the bibulous 10 a.m. program hosted by Hoda Kotb and Kathie Lee Gifford.

Kelly was already shooting for the approaching 9 a.m. debut on top of contributing a piece or two to the primetime show each week, a heavier load than contributors to ensemble newsmagazines shoulder, a person familiar with the situation said.

As NBC's coverage of the 2018 Winter Olympics wraps on Sunday, Feb. 25, Kelly won't return to her Sunday night slot until at least March. That said, for the sake of continuity, it's possible that the network will hold off on bringing Kelly back into the primetime fold until after April 1, when it plans to air a live production of the 1971 Broadway musical "Jesus Christ Superstar."

Kelly came to NBC News in May from Fox News Channel, where in her final year she averaged 533,000 adults 25 to 54 in her 9 p.m. weeknights slot following the now-defunct "The O'Reilly Factor." News of her multi-year, multi-million-dollar deal with NBC deal broke shortly after the arrival of the New Year.