Meredith, Backed by the Koch Brothers, to Buy Time Inc. 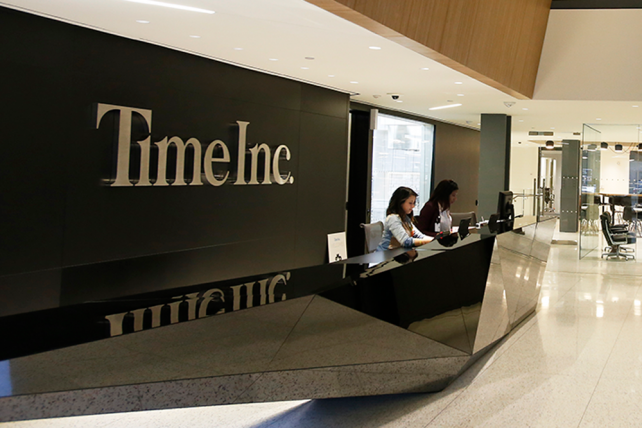 Meredith Corp. has agreed to acquire Time Inc. for $2.8 billion including debt, swallowing the once-mighty home of Fortune and Sports Illustrated after the internet age wreaked havoc on even the most prestigious magazine titles.

The $18.50-a-share offer is an all-cash one, Meredith said in a statement Sunday. The deal gives Meredith, publisher of Better Homes & Gardens, a larger audience at a time when publishers need to get bigger to compete with Facebook and Google in advertising. The acquisition also gives the billionaire Koch brothers, Charles and David, who agreed to support Meredith's offer with an equity injection of $650 million, a foothold in the struggling magazine industry.

Koch Equity Development, the brothers' investment arm, won't have a seat on Meredith's board or have influence on its editorial or managerial operations, according to the statement.

The Kochs' involvement may raise new questions about political influence on the news media, especially a hallowed journalistic outlet like Time magazine, founded in 1923 and originally run by Henry Luce. The Koch brothers have spent decades building a network of wealthy political donors who pledge money to conservative causes and their advocacy groups.

Like its competitors, New York-based Time has struggled to reinvent itself as print advertising dries up and the lion's share of digital advertising dollars goes to Facebook Inc. and Alphabet Inc.'s Google. The magazine owner has spent months restructuring its business, trying to sell some magazines, replacing senior management and hoping to persuade advertisers to pour money into its titles.

This was the third time Meredith attempted to acquire Time since 2013. Based in Des Moines, Iowa, Meredith largely focuses on women, with other titles including Shape and Parents magazines. It was one of a handful of bidders that made competing offers for Time earlier this year, but the deal was scrapped.

Once part of Time Warner Inc., Time Inc. was spun out as a separate unit in 2014 after talks to merge the division with Meredith collapsed.

In May of this year, Time Inc. announced plans to sell some magazines as it tried to push ahead with a digital strategy.