Will 'King of Magazines' Spin Off Print Unit? Execs 'Not Opposed' | Ad Age
Skip to main content
Sign In Register

Will 'King of Magazines' Spin Off Print Unit? Execs 'Not Opposed' 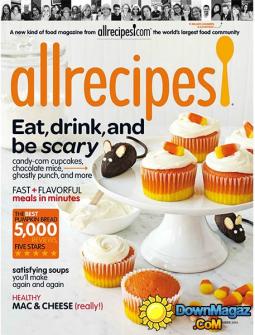 Media companies have been streamlining their businesses by cleaving off underperforming print units from more lucrative TV, film and digital businesses. Just this year, Time Warner spun off magazine division Time Inc., Tribune Company split apart its TV and newspaper businesses and Gannett announced plans to divide TV and print, all following similar moves from other companies in years prior.

But Meredith Corporation, publisher of magazines like Better Homes and Gardens as well as the owner and operator of 15 local TV stations, has not joined the movement. During an investor call Thursday to discuss its most-recent earnings report, an analyst asked Meredith executives whether it would ever follow the trend.

"We are not opposed to it," said Meredith Chairman and CEO Stephen Lacy. But the Des Moines, Iowa-based company would need to "feel there's a larger opportunity on one side of the house that would create value for shareholders" instead of just separating for the sake of it, he added.

Both business units share costs, according to Mr. Lacy. "We want to make sure we're not doing something to make shareholder value decline," he said.

"But we're not locked in stone," he added.

Mr. Lacy said Meredith had planned to separate its magazine unit from its TV business if a merger with Time Inc., the nation's largest magazine publisher, had gone through last year. When the merger seemed likely, The Wall Street Journal deemed Meredith the new "king of magazines" because of its diversified business units. However, the deal was scuttled in March 2013.

Meredith is not currently in conversations with Time Inc., Mr. Lacy said.

The local media group, which includes the company's TV stations, reported a 39% increase in revenue, to nearly $125 million. Growth came from the acquisition of two new stations, political advertising and higher retransmission fees, the company said.

The bulk of the company's revenue, however, still comes from its National Media Group, which includes magazines and websites like Better Homes and Gardens and AllRecipes as well the company's in-house ad agency, Meredith Xcelerated Marketing. Revenue from this group dipped nearly 8% to $246 million. Circulation revenue fell 13% to $65.8 million, while ad sales dropped 6% to $125.2 million.

Declines were fueled by Meredith's decision this year to shift Ladies' Home Journal magazine from a monthly subscription magazine to a quarterly special interest publication sold only at newsstands, the company said.

The National Media Group's operating profit grew 3% to $29 million thanks to cost-cutting measures.

Programmatic sales grow sharply
Digital advertising was a bright spot during the quarter, rising 17% and accounting for 17% of total revenue from the National Media Group. That's a stark reversal from the previous quarter, when digital ad revenue fell 4% due largely to downward pressure on ad rates from ad technologies such as real-time bidding and automated auctions. This time ad tech played in Meredith's favor, at least in terms of total revenue, the company said. Sales from so-called programmatic technology were up more than 100% year over year, though the company said the number a year earlier was small.

Meredith is also ramping up its audience targeting, which would allow advertisers to buy ads for a specific group of consumers, the company said.

The largest driver of growth in digital is AllRecipes.com, which Meredith bought for $175 million in January 2012 . It expanded into a print magazine in 2013. "AllRecipes is performing absolutely lights out at the moment," Mr. Lacy said.

Unique visitors to AllRecipes.com across desktop and mobile devices hit 29.8 million in September, a 6% increase over the previous year, according to ComScore.

"Hit List" of acquisitions
As for future acquisitions, Mr. Lacy said Meredith has a "hit list" of potential companies. "It is very difficult to be a standalone media company regardless of platform," Mr. Lacy said of the media environment.

Last week, Meredith said it would take over the business functions of Martha Stewart Living and Weddings magazines and their websites. That means it will publish the magazine and sell ads inside of it. Martha Stewart will continue to produce the content.