Meredith, Publisher of Better Homes and Gardens, Lays Off 60

Meredith Corp., the publisher of magazines including Family Circle and Better Homes and Gardens, laid off about 60 people today, the company said. 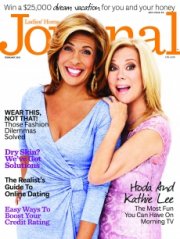 That's less than 2% of the company's workforce of 3,400. It also comes as the company has added to its headcount through acquisition and investing in digital media, Meredith said in a statement. But it follows the elimination of roughly 80 jobs last April in an ad market that remains fickle.

The company has been developing marketing services and other business lines for years, partly in an effort to decrease its dependence on ad pages. The company bought AllRecipes.com, the largest food website in the U.S., last year for $175 million. Meredith also owns a portfolio of local broadcast TV stations. But the national magazine business remains its largest source of revenue.

"The media and marketing landscape continues to evolve, and we continue to align our businesses -- which we've substantially augmented through a series of recent strategic acquisitions and initiatives -- to best serve our consumers and customers on whatever platform they choose," Meredith Chairman-CEO Stephen Lacy said in a statement.