NY-KC Tilt Ages Down, While Sponsor Dollars Pile Up
READ THIS NEXT
Senate Democrats ask YouTube to remove election misinformation 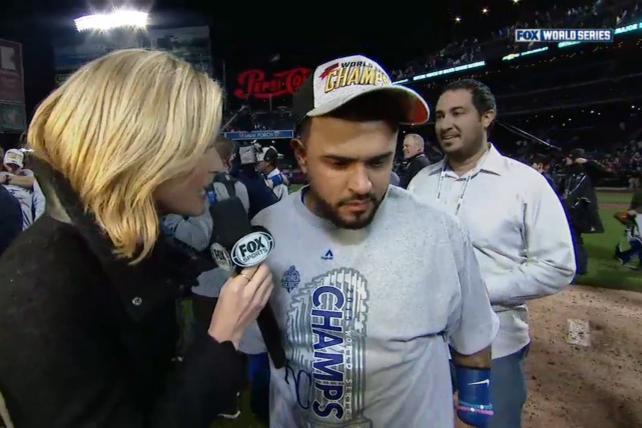 Terry Collins and Matt Harvey inadvertently may have robbed Fox of a sixth World Series game, but the network still managed to put up big numbers with its truncated Mets-Royals showcase.

Kansas City's first MLB title in 30 years delivered an average audience of 14.5 million viewers over the course of the series, topping last year's average over seven games between the Cardinals and Royals by some 600,000 viewers, or 4%. Results for the year-ago World Series were inflated by the 23.5 million viewers who tuned in for Game 7; in an apples-to-hand grenades comparison, the Mets-Royals battle out-delivered the first five games of the 2014 series by 20%.

In terms of Fox's guaranteed deliveries, this year's series averaged an 8.6 household rating, topping the year-ago 8.3 rating by 4% and marking Fox's fifth-highest World Series average in a decade. (When weighted by duration -- with five bonus cantos needed to decide Game 1 and another three extra innings tacked on at the end of Game 5, Fox practically aired six full games -- the final totals add up to around 14.7 million viewers and an 8.7 household rating.)

When compared to the first five games of each of its last 10 World Series matchups, Fox's coverage of the Mets-Royals series stands as the most-watched, highest-rated MLB title tilt since 2009. That year, the Yankees and Phillies averaged 18.7 million viewers and an 11.6 household rating across the first five frames of their six-game set.

Baseball is increasingly a local phenomenon. Along with duration, the size of the markets represented by the AL and NL clubs play a heavy role in World Series ratings, and this year was no exception. The bifurcated New York market put up a 25.5 rating/40 share for Game 5, which means that some 3 million of the 7.37 million TV homes in the No. 1 DMA were tuned in to see the Mets skipper fail to pull his ace after the eighth inning.

While missing out on a sixth and seventh game didn't do Fox any favors, the World Series faced uncommon competition throughout. Game 2 went head-to-head with CNBC's presentation of the third GOP debate, which drew 14 million viewers, while Game 5 had to fare with a battle of unbeatens on "Sunday Night Football" that scared up 23 million viewers, the biggest turnout for any NFL game scheduled against a World Series broadcast.

While much has been made of the aging MLB demo, the turnout for this year's series was a slump-buster of sorts for Fox. Per Nielsen, the median age of the World Series audience was 54.6 years, down a full year from last season's record high of 55.6 years.

According to iSpot.tv estimates, the top sponsors of Fox's coverage of the 2015 World Series were Chevrolet, Geico, Samsung Mobile, T-Mobile and Taco Bell. (Chevy reprised its role as the sponsor of the pre- and post-game shows, and handed the MVP hardware to Royals catcher Salvador Perez.) The network's in-house promo load was uncharacteristically light, as Fox over the course of the series aired fewer than 20 teasers for its entertainment programming.

Total ad spend on the five-game series was roughly $200 million, according to a person familiar with the market.

Fox's highest-rated World Series was also its very first. In what would prove to be the dawn of a dynasty, the six-game 1996 Yankees-Braves series averaged a 17.4 household rating.

Per Nielsen, the all-time most-watched, highest-rated Fall Classic was the 1978 Yankees-Dodgers series, a six-game set that delivered a staggering 44.3 million viewers and a 32.8 household rating/56 share. NBC's coverage of Game 6 of the Yanks-Dodgers classic drew 50.6 million viewers.