VALENCIA (AdAge.com) -- Microsoft collected two awards last night at the inaugural Festival of Media Awards here. The software giant won the Local Deal of the Year award for Microsoft Advertising's work for Coca-Cola Co. in Ital, while Microsoft was also honored as Digital Media Owner of the Year. 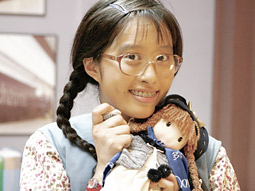 Alastair Ray, the awards director, in a statement said the winners represented media owners that had shown the ability to best adapt to the changing landscape by producing solutions that not only appeal to consumers but provide effective platforms for advertisers.

"The changing media landscape challenges media owners as much if not more than advertisers and agencies," Mr. Ray said. "These media owners have adapted their businesses to the new, always-connected consumer and provided integrated platforms for brands to deliver business success. Creativity and innovation are now an important part of any successful media owner's DNA."

The Festival of Media also announced the remaining winners in the campaign categories last night, and WPP's Mindshare and Omnicom Group's Goodby Silverstein & Partners were honored twice for their work.

Goodby was honored for work in the U.S. and North America for its work for the California Milk Processors Board and Haagen Dazs, respectively.