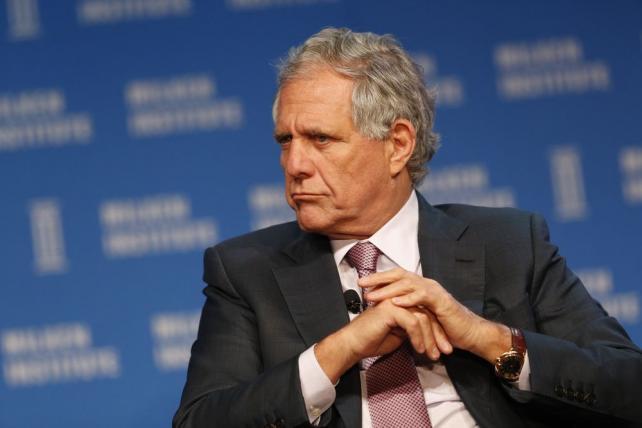 Moonves notified CBS that he is demanding binding arbitration, according to a company filing Thursday. In December, the media giant concluded there were grounds to fire Moonves, 69, for cause and said its former CEO wouldn't be entitled to any severance payments.

Considered one of the most-successful executives in TV, Moonves was felled by sexual misconduct accusations from a dozen women. The broader corporate culture at CBS is also under scrutiny, following allegations of misconduct by Charlie Rose, the well-known on-air personality, and others in the news division.

He's also having to contend with a renewed effort to merge CBS with Viacom Inc. Both companies are controlled by the Redstone family, which split them in 2006 and has pushed more recently for them to recombine. CBS's board is expected to discuss the possibility of a merger at a meeting Jan. 31 in Los Angeles.

At the time of Moonves's departure, the Redstones agreed to not propose a Viacom merger again for at least two years, but there's nothing stopping the independent directors of both companies from seeking a transaction.

Ianniello and fellow CBS executives held a live online meeting Wednesday with staff, according to Variety, with another scheduled for Thursday.

Moonves, who led CBS to the top of audience ratings over his almost 14 years overseeing the network, was repeatedly among the best-paid CEOs in the U.S., according to the Bloomberg Pay Index, though the company ranks nowhere near the top in revenue or profitability. Over the course of his career running CBS, he's taken home more than $1 billion in salary, bonuses, taxable perks, exercised options and vested restricted shares, before taxes.

Moonves resigned in September and the CBS board followed up last month by denying his severance payment, saying he failed to comply with an internal probe. The former CEO had 30 days to file for arbitration, and did so just under the deadline, CBS said.

His lawyer, Andrew Levander, signaled last month that Moonves would fight for his severance package.

"Consistent with the pattern of leaks that have permeated this 'process,' the press was informed of these baseless conclusions before Mr. Moonves, further damaging his name, reputation, career and legacy," Levander said. "Mr. Moonves vehemently denies any non-consensual sexual relations and cooperated extensively and fully with investigators."