Moonves Weighs Risk to Legacy Amid Talk of CBS-Viacom Merger

CBS Chief Executive Officer Leslie Moonves laid low all summer, watching as the family that controls his company fought with the leadership of their other media giant, Viacom. 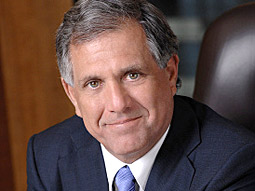 Mr. Moonves can shun the spotlight no more. The Redstones prevailed, ousting management at faltering Viacom last month, and are now pushing the companies to recombine. Shari Redstone, who has assumed her father Sumner's leadership of the family business, told Viacom and CBS she would like Mr. Moonves to run the show, according to people familiar with the matter who asked not to be identified discussing private conversations.

A recombination could produce cost savings and help the companies contend with a changing media industry, National Amusements, the Redstone family holding company, said in a statement Thursday formally asking the companies to consider a merger. As the controlling shareholder of both CBS and Viacom, National Amusements won't weigh a takeover by a third party or any deal that would require it to give up power, it said.

Turning around Viacom's once-great properties, like MTV and Comedy Central, is an opportunity for Mr. Moonves, 66, to burnish his legacy as the best programming executive in TV. Reunited with Viacom, CBS would rival Time Warner and 21st Century Fox in size and scope, spanning broadcasting, cable TV and motion pictures.

"CBS is in receipt of the letter, and its management and independent directors will take appropriate action to evaluate what is in the best interest of the company and its shareholders," the broadcast network said in an emailed statement Thursday. Viacom, in a separate release, said it expects its board will form an independent committee to consider the request.

Viacom's cable channels, with more than $10 billion in annual revenue, have lost their hold on young viewers to YouTube, Snapchat, Netflix and other online competitors. Trying to win some of them back, or taking the networks in new directions, would be the kind of challenge Mr. Moonves craves. CBS has been the most-watched network in the U.S. for much of his tenure, and Showtime, once an also-ran to HBO, has become a powerful competitor in premium cable.

"Our guys could handle a lot more," Mr. Moonves said at an investor conference this month, where he mostly deflected questions about the possibility of rejoining with Viacom. "They are very ambitious. They're very aggressive. They're all doing their jobs really well. Would they love to have more things to play with? Absolutely."

A merger would recombine companies that the Redstone family split a decade ago. That would create opportunities for costs savings and potentially give CBS more clout in negotiating deals with cable TV distributors. It could also enhance the company's $6-a-month CBS All Access online service with additional programming.

And it would hand Mr. Moonves something he doesn't have: the Paramount Pictures movie studio. All of Mr. Moonves's major competitors -- Comcast, Walt Disney, Fox and Time Warner -- own feature film divisions as well as TV networks. Those rivals provide a steady diet of current and older pictures to cable networks and streaming services like Netflix and Amazon. And they all dwarf CBS, with its almost $14 billion in annual sales.

"There's an appeal of the Paramount studio and its library," said Robin Diedrich, an analyst at Edward Jones in St. Louis. "He'd be able to have a much larger media company."

One of the most respected executives in media, Mr. Moonves has publicly denied there are active talks about a merger. Privately, those close to him have critiqued Viacom's cable channels and money-losing movie operation.

Viacom is adrift following a board coup led by the Redstones and the ouster of CEO Philippe Dauman. Interim CEO Tom Dooley will step down in November and the board has identified three internal candidates to succeed him on a temporary basis. The Redstones have a long history of intervening at their companies and dispatching executives who don't satisfy them.

Mr. Moonves, who has run CBS with little interference, would want similar freedom at the combined entity, according to a person familiar with his thinking. Shari Redstone, who is vice chairman of both CBS and Viacom, has expressed admiration for the network chief in the past, and wants him to stay.

"Clearly National Amusements, the controlling owners, would want him to be fully on board," Ms. Diedrich said. "If they're going down that path, he'd have to be willing to do that."

Both stocks rose Wednesday on speculation that National Amusements would push for a merger.

"CBS management knows it's in a position to negotiate a home-run deal, as NAI is in a tough spot with Viacom," RBC Capital Markets analyst Steve Cahall wrote in a note Wednesday. "Any deal that doesn't have CBS support risks a management mutiny, which we believe destroys portfolio value for NAI."

CBS could engineer a deal that delivers a 10% premium to Viacom investors, reduces the combined companies' costs by $400 million annually and delivers higher profit, Michael Nathanson, an analyst at MoffettNathanson LLC, said in a note Wednesday.

A stock-for-stock merger of the two companies would also improve the debt profile at Viacom, according to Stephen Flynn, a Bloomberg Intelligence analyst. Viacom's $12.3 billion in debt equals 3.6 times its adjusted earnings before interest, taxes, depreciation and amortization, while that ratio at CBS is 2.4 times on that basis. National Amusements said in the statement that an all-stock transaction would be the optimal structure for a deal.

The combined CBS and Viacom would have about $21 billion in long-term debt, about three times a measure of adjusted earnings. It would still be more leveraged than Time Warner -- with a debt-to-earnings ratio of 2.7 -- and Fox at 2.1 times, but would have a better ratio than Discovery Communications.

"From our perspective," Ms. Nathanson wrote, "the CBS-Viacom merger still hinges on the belief that CBS CEO Les Moonves is the one person with the ability to turn around Viacom while continuing to steer the ship at CBS."