55 million people tuned in for the final showdown between Trump and Biden
READ THIS NEXT
Warner Bros.’ 2021 films to hit both HBO Max and theaters in move that rocks film and streaming industries 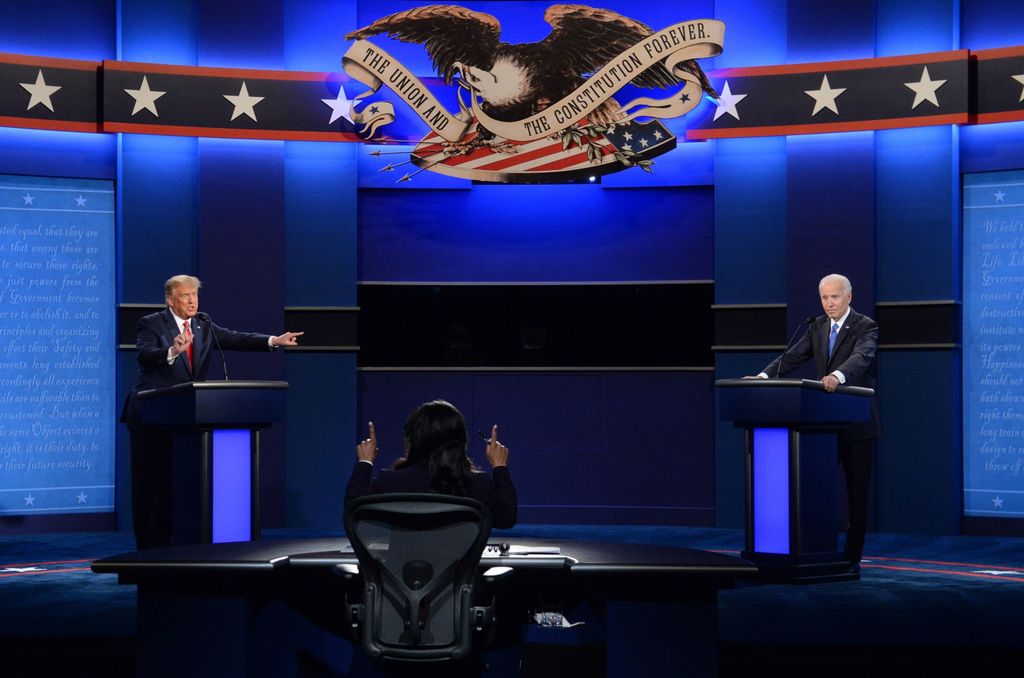 Trump and Biden during the more-subdued final U.S. presidential debate.

The final presidential debate between President Donald Trump and Democratic nominee Joe Biden was certainly more coherent and subdued, but it failed to deliver the same audience as the first showdown.

Thursday night’s debate was watched by an average of 55 million viewers, down 25% from the 73.1 million who tuned in for the first grudge match last month.

Fox News won the night, with 14.7 million total viewers. It was followed by ABC with 10.8 million viewers, 10.2 million on NBC, 7.2 million on CNN, 6.7 million on MSNBC and 5.5 million on CBS. Fox did not air the debate last night, instead broadcasting the “Thursday Night Football” game between the New York Giants and Philadelphia Eagles.

The final debate, which was moderated by NBC News’ Kristen Welker, was certainly less dramatic. The candidates’ microphones were muted when the other was speaking to help prevent them from interrupting each other.

This was supposed to be the third face-off between the two, but the second debate was canceled when Trump refused to participate in a virtual event after he tested positive for COVID-19. Instead, the two candidates took part in dueling town halls.

Biden won the ratings race, with his 90-minute event on ABC drawing 14.1 million viewers compared with 13.5 million for Trump’s which aired on NBC, MSNBC and CNBC.