Also: the latest news about TikTok, AT&T, Beyond Meat, Sephora and more
READ THIS NEXT
Addressing the biggest challenges in a privacy-centric world 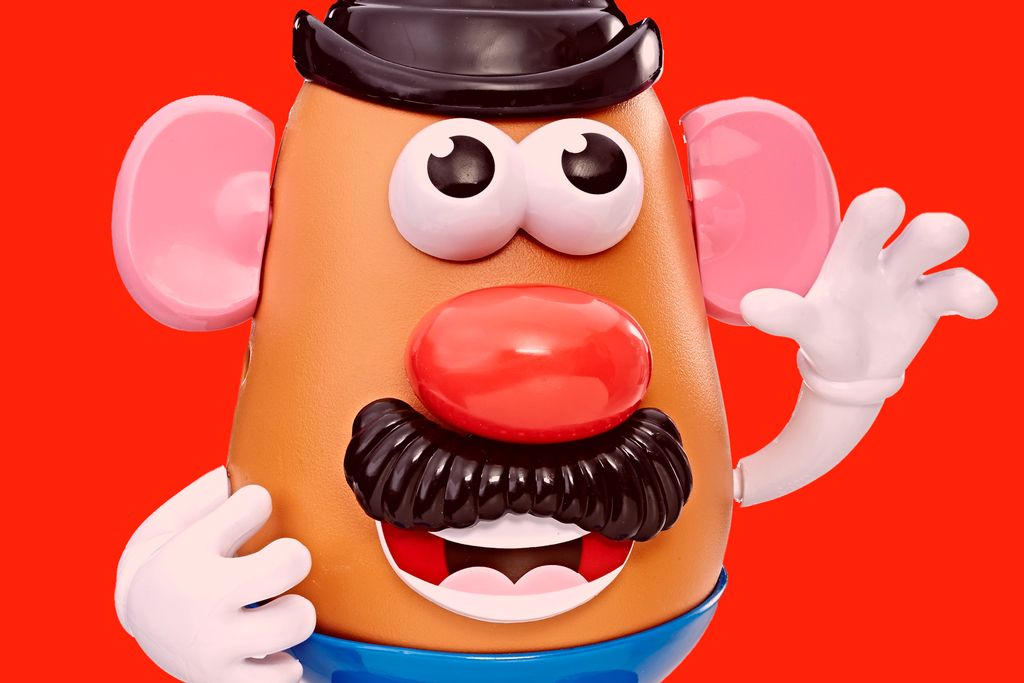 For a hot minute it seemed like Mr. Potato Head was getting a misterectomy. Per Bloomberg News (via Ad Age) on Thursday,

Starting in the fall, Hasbro will sell Potato Head family kits. They’ll come with two non-gendered “adult” potatoes, one “baby” potato and 42 accessories, according to a spokeswoman. That will let kids decide the parents’ gender, rather than being told they are “Mr.” and “Mrs.” The traditional Mr. and Mrs. Potato Head dolls will still “live on as part of the brand,” the company said, without elaborating.

But wait! There’s more!  The company did end up elaborating Thursday afternoon, tweeting this statement:

It seems Hasbro had to rush out that clarification given that the earlier announcement triggered a bunch of Twitter wags, including very manly British TV person Piers Morgan (@piersmorgan), who twooted, “Imagine being so fragile that you’re offended by the thought of Mr Potato Head being male.”

That was actually a response to journalist Benjamin Butterworth (@benjaminbutter), who twote, “Imagine being so fragile that you feel threatened by an inanimate potato’s gender.”

Meanwhile, comedy writer Keaton Patti (@KeatonPatti) imagined the possible reaction of a certain Fox News host: “Tucker Carlson: I spend 10 to 20 thousand dollars a month buying Mr. Potato Head dolls, but not anymore. If liberals want to de-sex my potato dolls, they won’t see my business. I’ll spend my money on a Mr. Coffee machine instead, a machine I can and do imagine having a penis.”

“RIP Twitter” became a top trending topic on Twitter Thursday afternoon/evening in a reaction to the revelation that the micro-blogging service is considering charging for some content (which some users seem to think would be a fatal move). As Bloomberg News (via Ad Age) reports,

Twitter mentioned a new feature called “Super Follows” during an Analyst Day event on Thursday, which it described as an “account subscription.” The company recently purchased newsletter startup Revue, and executives have said that they are exploring a way to help newsletter writers build a paying audience on Twitter. The company is also considering “tipping,” or letting users donate money to people they enjoy following.

The hot take:  According to a stream of (free—for now, at least!) tweets we scrolled through, the Twittersphere thinks Twitter is trying to become some unholy mashup of Patreon and OnlyFans.

That’s the effective valuation of DirecTV right now. As Bloomberg News (via Ad Age) reports, AT&T is offloading the satellite-TV company in a deal with private equity firm TPG that values DirecTV at “a fraction of the $48 billion that the telecom giant paid for it” in 2015.

“A year ago,” Wohl notes, “Baumgartner teamed up with Bush’s Beans on a Brian’s Famous Chili recipe for National Chili Day, a take on the scene featuring Kevin’s Famous Chili” from a classic episode of “The Office.” For National Chili Day 2021 (which was yesterday), Bush’s released a new video starring Baumgartner, which you can watch here. You can also watch the archived video of Baumgartner’s Ad Age Remotely appearance here, but for now Wohl has kindly offered Wake-Up Call some highlights from their conversation:

• “I can’t go anywhere without it being mentioned,” Baumgartner says of the popular opening scene from a 2009 episode of “The Office” when Kevin brings in a pot of his famous chili and promptly spills it everywhere. “It was one take. So I’m tremendously proud that something that has endured this long and probably for a lot longer, we did it in one take.”

• Of his popularity on Cameo, where he records videos for fans daily, Baumgartner says that when he started on the platform “I wasn’t sure that it was for me.” Now, he’s among the most popular stars on the site as people try to stay connected to their loved ones from a distance. “I’m being used as a conduit, again, to make a connection between people.”

• “I don’t do a ton of branded stuff,” says Baumgartner. Treading into the world of “The Office,” he’s very protective. “I feel like I owe that to the people who are fans of the show.”

A reminder that the entry window is wide open for the 2021 Ad Age A-List and Creativity Awards, recognizing agencies, standout work and forward-thinking leaders and talents in the industry. The final deadline is March 2. More details here.

Plus one:  “Paramount Plus is proof we’ve hit peak streaming,” per The Verge.

Dispo-able:  “Everything You Need To Know About Dispo: The New Social Media App That’s ‘Anti-Instagram,’” from BuzzFeed.