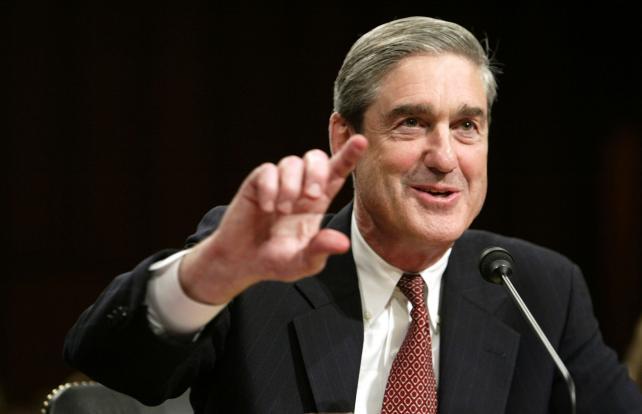 Russia's effort to influence U.S. voters through Facebook and other social media is a "red-hot" focus of special counsel Robert Mueller's investigation into the 2016 election and possible links to President Donald Trump's associates, according to U.S. officials familiar with the matter.

Mueller's team of prosecutors and FBI agents is zeroing in on how Russia spread fake and damaging information through social media and is seeking additional evidence from companies like Facebook and Twitter about what happened on their networks, said one of the officials, who asked not to be identified discussing the ongoing investigation.

The ability of foreign nations to use social media to manipulate and influence elections and policy is increasingly seen as the soft underbelly of international espionage, another official said, because it doesn't involve the theft of state secrets and the U.S. doesn't have a ready defense to prevent such attacks.

Agencies including the Office of the Director of National Intelligence and the Federal Bureau of Investigation are now examining what could be done to prevent similar interference and espionage in future elections, starting with the 2018 midterm congressional vote, the official said. At the same time, Russia is ramping up its hacking operations, Director of National Intelligence Dan Coats said.

"Russia has clearly assumed an even more aggressive cyber posture by increasing cyber espionage operations and leaking data stolen from those operations," Coats said Wednesday at the Billington Cybersecurity Summit in Washington.

Mueller's office declined to comment on the status of the investigation. Russian officials have repeatedly denied their government was behind hacking in the U.S.

The focus of Mueller's probe comes as the Republican and Democratic leaders of the Senate Intelligence Committee, which is conducting its own investigation, say social-media companies including Facebook have to be more forthcoming about what they saw occurring on their platforms last year and how they have responded.

Facebook said last week it found about $100,000 in ad spending connected to fake accounts probably run from Russia. That followed an April report by the company that outlined coordinated campaigns to misinform the public.

Intelligence Committee Chairman Richard Burr, a North Carolina Republican, said Tuesday that it's "probably more a question of when" than if there will be a hearing with Facebook officials as part of his panel's probe.

Mark Warner, the committee's top Democrat and a former telecommunications company founder, says Facebook's revelation appears to be "the tip of the iceberg. I think there's going to be much more."

"This is the Wild, Wild West," Warner says.

Representative Adam Schiff of California, the top Democrat on the House intelligence panel, says that committee also has "been in discussions with the technology companies, including Facebook."

"They have briefed our staff on their most recent report, and I've had a briefing several times," he says interview. More information is being sought from Facebook, but Schiff wouldn't provide details.

Facebook said in a statement that "we have shared our findings with U.S. authorities investigating these issues, and we will continue to work with them as necessary."

The Menlo Park, California-based company has so far declined to disclose the specifics of the ads and believes the information may be protected under the Electronic Communications Privacy Act, according to a person familiar with the matter. The company also declines to say how much more detail it gave investigators, and says it can't disclose how it found 470 fake accounts and pages affiliated with the ads "for operational and security reasons."

Richard Ledgett, the former deputy director of the National Security Agency who retired earlier this year, said it's unlikely that social-media companies knew how Russia was using them before the election because U.S. intelligence agencies didn't even fully grasp what was happening.

The NSA had some knowledge before the election of the computer infrastructure Russia was using, but it was looking abroad and not at what was happening through social media in the U.S., Ledgett said in an interview.

"The surprise was the integration into a whole campaign," Ledgett says. "It's the amplification of some stories and the suppression of other stories to bias you. That's really hard to fight against. That's where people need to think critically."

One hurdle for the government in responding to such state-coordinated attacks is that there are constitutional concerns about intelligence agencies monitoring social media, one official said.

Going forward, the government should probably share information about influence operations by foreign adversaries with U.S. social-media companies, Ledgett said. Ultimately, though, the companies have to police themselves, and individuals need to be educated consumers of information, Ledgett said.

The U.S. response is seen as complicated, though, because it lacks policy direction from the top. Coordination across multiple agencies probably will be required, including from the FBI, the Homeland Security Department and the Federal Election Commission.

Trump's reluctance
Trump has appeared reluctant to embrace the conclusion of intelligence agencies that Russia interfered in the 2016 election, repeatedly calling the federal investigation a "witch hunt" and "fake news" promoted by Democrats angry that they lost the presidential election.

The FBI declines to comment, pointing instead to comments that Director Christopher Wray made during a national security conference in Washington on Sept. 7.

"The FBI also has a counterintelligence mission, which is more of a forward-looking mission, just more geared towards prevention -- that is prevention of Russia interference in, say, a future election," Wray said at the conference, hosted by the Intelligence and National Security Alliance. "I'm impressed with the strides that are being made on that front."