When MundoFox, the new U.S. Spanish-language network set to arrive in August, debuts the first ad won't be a typical 30-second commercial for a packaged-goods product or a car brand, but rather a trailer for a new movie about two mothers trying to turn around an inner-city school. 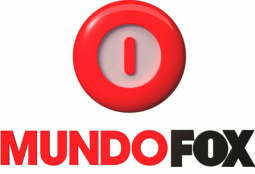 That's not the only nontraditional thing to note about MundoFox, a joint venture between Colombia's RCN and News Corp. designed to shake up the staid lineup of Spanish-language broadcasters in the U.S. For years, Univision Corp.'s Univision has dominated the category, accompanied by flanker networks TeleFutura and Galavision and NBC Universal's Telemundo playing the Pepsi to Univision's Coke. Now MundoFox, which expects to reach more than 75% of the U.S. Hispanic households by the time it arrives, hopes to broaden the sector with a new broadcast operation -- the first new broadcast network in the U.S. since Time Warner and CBS combined UPN and the WB into The CW in the fall of 2006.

In addition to the movie trailer for "Won't Back Down" -- a promotional effort by sister company 20th Century Fox -- MundoFox's air will include commercials from at least 12 charter advertisers including L'Oreal, Toyota Motor Sales USA and T-Mobile USA, according to Tom Maney, senior VP-advertising sales at Fox Hispanic Media. In addition to TV ads, their buys include custom "capsules" on air, web chats with actors and actresses online, integration with host segments around airings of movies, placement in prime-time shows and appearances in digital and social-media venues hosted by the network.

Spanish-language broadcasting in the U.S. is snaring more ad dollars, due in no small part to a burgeoning Spanish-speaking population. Univision's ad revenue in 2011 rose 16.7% to about $2.18 billion, according to Kantar Media, while Telemundo saw 2011 ad revenue rise 2.8% to about $915.4 million.

As MundoFox executives developed a plan to make MundoFox stand out, they operated on the theory that most Spanish-language programming available today is aimed at women, capturing men only because the woman of the household makes the choice. MundoFox hopes to put a stake in the ground by airing what it calls "teleseries," said Hernan Lopez, president-CEO of Fox International Channels, or programming that emulates the action and drama of such well-known U.S. programs as "24" or "Bones."

Among the MundoFox entries: "Kadabra," a high-action drama series that has already proven popular in Spanish-language broadcasting, and "El Capo," a drug-cartel drama that has been billed as the most expensive series ever made for TV in Colombia. "My bet is that MundoFox will aggregate audiences that today are not part of the Spanish-language market," said Emiliano Saccone, president of MundoFox.

That's not to say the network is abandoning a format that has become the cornerstone of the sector's offerings -- soapy, high-drama telenovelas.

"The daily nature of the telenovelas will be critical to any Spanish-language broadcaster for many years to come," Mr. Saccone said. "It's not going away. However, in this day and age, if you're going to ask a viewer to commit to a show five nights a week, you have to win over both the male and female viewers in the house. Long gone are the days when you needed to get the female hooked on the telenovelas and the male eventually gave in."

To get advertisers on board, executives invited 18 top U.S. advertisers to talk about the new network at an offsite meeting. Advertisers were told they could easily be woven into the network's programs and "embedded" into the network over the course of its first year, according to Mr. Maney. "We're creating lots of customized elements using our studios in Colombia, using our talent, using all of our resources to create ownership," he said.

Marketers were receptive, Mr. Maney said, because they felt a new entrant in the category would create more competition and perhaps help them fight back against pricing set by the more established players. Should MundoFox prove able to grow its position after launch, the dynamic could "bring a sense of balance to the marketplace that gives [ad buyers] more leverage and more choice and more options as they negotiate for their clients."

Of course, Univision isn't sitting still. The Spanish-language broadcaster has been making its own play to attract more consumers in the coveted demographic of 18- to 49-year-olds. Before this year's upfront got into full swing, Univision announced a deal with Publicis Groupe 's Starcom that included advertising from Burger King, Mars/Wrigley and Kellogg Co. And Univision Corp. recently described a plan to create a news channel in partnership with Walt Disney's ABC News.