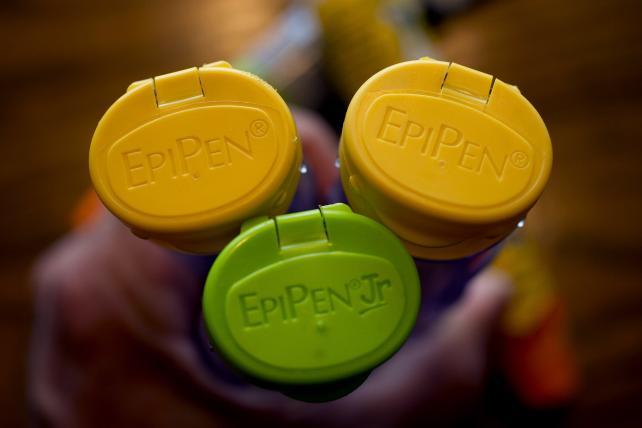 Mylan will sell a generic version of its EpiPen at half the price of the branded $600 emergency allergy shots in coming weeks, bowing to pressure from U.S. lawmakers who last week derided earlier steps as a mere public-relations fix.

The drugmaker, whose assistance programs to help patients cover out-of-pocket expenses were blasted as insufficient, will introduce a generic EpiPen identical to the branded product, including the handheld pen with a needle that injects the shot. The company also plans to continue to sell the branded version, according to a statement on Monday.

Mylan has attracted scrutiny for increasing the treatment's price 400% in nine years. Criticism of Chief Executive Officer Heather Bresch, the daughter of Democratic Senator Joe Manchin of West Virginia, quickly intensified as members of the Congress called for investigations and the EpiPen became campaign fodder. Introducing a so-called authorized generic, which doesn't require formal approval from the Food and Drug Administration, is a fast way for Mylan to get a cheaper version out -- without actually cutting the branded EpiPen's price.

"They can just do it. They don't need approval," said David Rosen, a lawyer at Foley and Lardner. The move won't block future generics from competitors such as Teva Pharmaceutical Industries, but it can help Mylan capture some of the market share it would have lost with the introduction of a rival generic, he said.

The move may not be able to appease lawmakers such as Democratic Connecticut Senator Richard Blumenthal, who said Monday that "more must be done -- and more quickly -- to make the life-saving drug affordable." Sen. Blumenthal said he will still push for Senate hearings and for an investigation by the Federal Trade Commission into whether Mylan had done anything to deny competitors access to the market in order to keep raising prices.

The measures announced last week, including expanded coverage assistance and a $300 savings card, will remain in place for the branded product, Mylan said in its statement.

That raises the question of whether consumers will actually pay less for the generic version, said Walid Gellad, who heads the Center for Pharmaceutical Policy and Prescribing at the University of Pittsburgh. If patients don't see cost savings, Mylan can place the blame on insurers for not lowering out-of-pocket expenses, Mr. Gellad said. The company has already pinned the blame for high consumer prices on insurers and pharmacy benefits managers, or PBMs.

"If it turns out that patients still have to pay huge amounts for the EpiPen, I think Mylan can say, 'We lowered the price and this is on insurers and PBMs,'" he said.

The EpiPen price increases drew particular attention in Washington because Ms. Bresch had successfully pushed legislation to encourage use of the EpiPen in schools nationwide, making it a must-have drug for patients with allergic reactions. Mylan spent about $4 million in 2012 and 2013 on lobbying for access to EpiPens generally and for legislation, including the 2013 School Access to Emergency Epinephrine Act, according to lobbying disclosure forms filed with the Office of the Clerk for the House of Representatives.