NBC's 'Wiz' to Ease On Down the Road with Reddi-Wip

ConAgra Brand Bumps Walmart for Key 'The Wiz Live!' Sponsorship
READ THIS NEXT
Why brands aren’t giving up on TV awards shows just yet 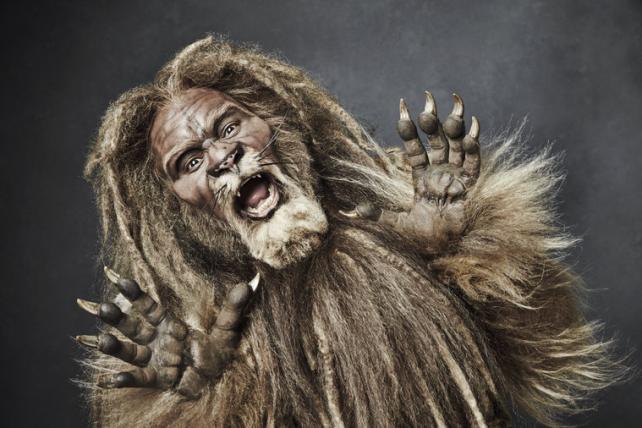 NBC on Thursday night will ease on down the road with Reddi-wip, as the ConAgra Foods brand will serve as a key sponsorship partner of the network's prime-time production of "The Wiz Live!"

Devised as an extension of Reddi-Wip's recently launched "Share the Joy" campaign, the dairy topping's support of NBC's third live Broadway musical adaptation in as many years will include branded content executions that are contextually relevant to the overarching "Wiz" narrative.

Created by NBC, the branded spots will feature performances by students enrolled in the musical arts program at the Excel Academy, a public charter school northeast of Washington, D.C. (Reddi-wip in November contributed an undisclosed amount of funds to the academy's music program). In keeping with Reddi-Wip's first new TV campaign in three years, the custom spots will look to reinforce how the shared experience of music is inextricably tied to some of our most sublime emotional states.

"Our goal is to spark a joy movement that will have a ripple effect, in this case with the joy of music and entertainment," said Colleen Bailey, brand director of ConAgra's refrigerated foods portfolio. "Our mission is to ultimately make the world a more joyful place."

Reddi-Wip steps in for Walmart, which had served as the lead sponsor of NBC's first two live musical events, "The Sound of Music Live!" and "Peter Pan Live!" The fall 2013 adaptation of the Rodgers & Hammerstein classic averaged 18.6 million viewers and a 4.6 rating among adults 18 to 49, while last December's take on the 100-year-old Neverland fable managed 9.21 million viewers and a 2.4 in the demo.

NBC did not pin a dollar figure to the extent of Reddi-Wip's commitment, nor would it comment on why Walmart had surrendered its status as the annual event's top sponsor.

"Walmart in the last two years enjoyed a very unique position, which was a reflection of their unique marketing objectives at the time," said Dan Lovinger, exec VP-entertainment advertising sales, NBC Universal. Mr. Lovinger went on to say that while he couldn't speak for the retailer, Walmart simply "was not predisposed to do the same thing" in this year's show.

According to iSpot.tv estimates, Walmart since the year began has spent $290.2 million on national TV inventory, whereas Reddi-Wip's investment in the same 11-month period is around $6.07 million. Again, it's worth noting that this fall marked the introduction of Reddi-Wip's first new TV push in three years. The fourth spot in the "Share the Joy" campaign, the Santa-themed "I Am Not Your Dad," debuted Nov. 2, during ABC's broadcast of the 49th Annual CMA Awards, and has aired 266 times as of Nov. 29, for an overall TV spend of a little over $866,000. By way of contrast, Walmart has spent roughly $21 million more on TV as of Thanksgiving.

While Mr. Lovinger declined to disclose how NBC had priced its "Wiz" inventory, he acknowledged that a strong scatter market and an ever-increasing demand for live event programming were instrumental in driving up ad rates. One returning buyer confirmed that "Wiz" ad prices were up "in the double digits, on a percentile basis" versus the year-ago "Peter Pan" rates.

Movie studios, telco and gadgets once again will be well represented in this year's broadcast, which bows Thursday at 8 p.m. EST. And as Walmart no longer enjoys category exclusivity, look for other retailers to jump into the mix.

Mr. Lovinger was quick to tip his cap to NBC Entertainment Chairman Bob Greenblatt for his role in returning live musical spectacles to prime-time TV. "He's one of the most innovative programmers in the business, and this is going to be an enormous show," he said. "He's captured the interest of the entire industry -- we came out of the upfront about as well sold out as we were with 'Peter Pan.'" (This despite the fact that it took NBC two more months to confirm "The Wiz" as its next adaptation than it did to firm up plans for "Peter Pan.")

The live show faces relatively little in the way of competition, as much of Thursday night's broadcast schedule will be comprised of repeats and holiday fare. The lone big-reach vehicle opposite "The Wiz" is CBS's final installment of "Thursday Night Football," which features an NFC North showdown between Green Bay and Detroit.

Among Reddi-Wip's ConAgra sibling brands is Peter Pan peanut butter. As it so happens, Peter Pan did not advertise in last year's NBC musical.