NBC Universal will begin its challenge to ESPN in earnest when it rebrands Versus as NBC Sports Network on Jan. 2, but it faces a long road before it can conceivably catch the established leader in sports.

Even with the formidable resources of parent company Comcast, which folded Versus into NBC Universal last January, it will take years to win even a modest bite of ESPN's lunch, according to ad buyers, sports marketers, media rights experts -- and NBC executives.

"We're not trying to launch on Jan. 2 and immediately be all things to all people," Jon Miller, president of programming for the new network, told Ad Age this week. "We're out there in the marketplace and looking to grow into a very attractive alternative for sports fans who are looking for this. But it's a gradual process. It takes time."

How much time remains to be seen. But NBC Sports Network will face challenges including sports rights that are locked up for years to come, its low profile among viewers and place on the channel guide, and ESPN's strong position as the unrivaled sports marketing giant and go-to venue for brands that want to capture young men.

"Content is king, and they do have the NHL, but they need to be a serious player when these other rights contracts come up in the next few years," said sports buyer Kevin Collins, senior VP and director for national broadcast at Initiative . "If they can start going away from the bull-riding that they had with Versus, they should be a serious competitor to ESPN in three to five years." 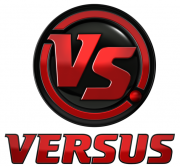 Great branding and promotion alone can't achieve what NBC hopes, a former top sports ad sales executive said. "You can put as much marketing behind it as you want; if you don't have the right programming, it doesn't matter," he said. "It's going to be a long hard road for them to make a significant dent in ESPN, but they certainly have the resources to make it happen."

NBC's assets in its uphill effort include an established sports story-telling brand, the deep pockets of a Comcast management that has demonstrated an affinity for snatching up new content, and a formidable marketing arm that traverses numerous TV, digital and other platforms. "It's a PR machine," Mr. Collins said, "especially what they have in Sunday Night Football."

NBC Sports Group as a whole already has the rights to Sunday Night Football, the NHL, the Olympics, Major League Soccer, boxing and some other properties. But its portfolio pales in comparison to ESPN's broad and deep collection of major sports.

And NBC's quest for more rights will be held up by the recent trend toward longer deals. Major League Baseball's current contract with Turner's TBS runs through 2013, and the NBA's deals with ESPN, ABC and Turner's TNT run through 2016.

The NFL is expected to restart this year's now-shelved effort to sell a new package of eight Thursday-night games, perhaps in time for next season. Industry chatter abounds that NBC will make a serious play for those rights. "That's a ways down the road for us," Mr. Miller said this week. "It's not on the immediate horizon."

First up, then, is an aggressive rebranding campaign. Versus is the latest iteration of what was originally Outdoor Life Network and later just OLN. Recent weeks have seen programming on Versus take on the feel of NBC Sports. Further integration and NBC Sports branding will arrive on Jan. 2. Commercials already airing include stars of the hockey, soccer and cycling world talking about their warm-up routines in a nod to NBC's warm-up to the relaunch.

NBC Sports Network will also get some marketing around NBC's Super Bowl broadcast in February. NBC hasn't committed to an actual in-game spot, but News Corp. set the precedent in the most recent Super Bowl on Fox by giving some promotional time to a commercial for its new iPad-only newspaper The Daily.

"It's really going to be a marathon, we're building something for the long term," said Bill Bergofin, the NBC Sports Group senior VP for marketing and creative services who's heading up the rebranding campaign. "We're going to have some pretty far reach with this campaign."

Mr. Miller emphasized the need to build quality news, talk and original programming while the chance to add live sports rights remains a few years away. That will include a sports business show already airing on Versus as well as ready-to-go shows featuring Bob Costas and other NBC talent. And look for NBC Sports to do what it can to poach on-air talent from ESPN: At least one top ESPN name is currently in competing negotiations with both networks, a person familiar with the matter told Ad Age .

"A lot of rights are locked up well into the end of this decade, so we've got to look elsewhere, we've got to be creative," Mr. Miller said. "Clearly we've got our work cut out for us."

If there are two obvious winners in the newly competitive sports landscape, they're the rights holders and the ad buyers. Rights holders will benefit from another wealthy suitor at the negotiating table.

"The stronger programming properties out there, the value of their rights is going to go up in the next couple years, because now you've got another aggressive bidder in the marketplace," said Cliff Kaplan, president of Van Wagner Sports and Entertainment and a former NBA executive. "If you're a rights owner -- a conference, a league or a governing body -- you've got more bidders at the table."

And ad buyers will have somewhere else to go -- or at least threaten to go -- against ESPN's premium for real estate.

"From a buyer's perspective, more options in the market place give us more leverage and better ability to meet our clients' needs," said Sam Sussman, senior VP and director of sports activation at Starcom USA. "Having another sports networks gives us more choice and helps us keep price in balance."

For now, NBC Sports has only kind words toward ESPN -- and relatively humble words about its own prospects.

"ESPN does a tremendous job, and they have been the gold standard," Mr. Miller said. "We think there's room in the marketplace for us to thrive."

Dan Hirschhorn
View all articles by this author