NBC's 'The Wiz Live!' Holds Its Own Against Packers-Lions | Ad Age
Skip to main content
Sign In Register

NBC's 'The Wiz Live!' Holds Its Own Against Packers-Lions 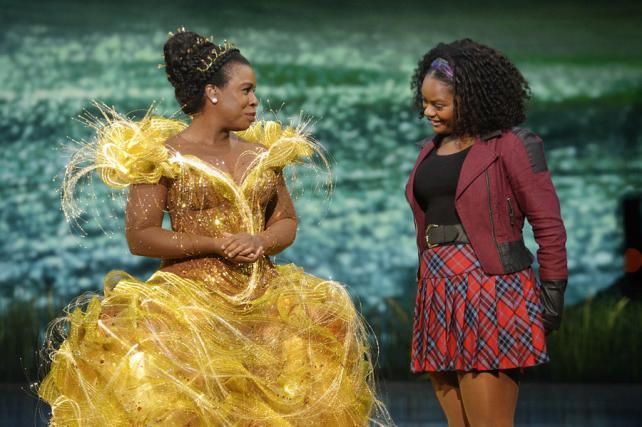 Despite a scene-stealing turn by Aaron Rodgers and the Green Bay Packers over on CBS, NBC's presentation of "The Wiz Live!" delivered solid numbers, giving the Peacock its strongest Thursday night results in nearly two years.

According to Nielsen fast national data, the two-hour-and-forty-five-minute musical broadcast averaged 11.5 million viewers and a 3.4 rating among adults 18 to 49, marking NBC's best Thursday night showing since Feb. 20, 2014, when the 14th night of the Sochi Winter Olympics delivered 20.3 million viewers and a 5.0 in the demo.

"The Wiz" outclassed NBC's year-ago live musical event, beating "Peter Pan Live!" and its 2.3 preliminary demo rating by 48%. (Last year's show was adjusted to a 2.4 in the final live-plus-same-day ratings.) The adaptation of the 1975 Broadway show also skewed slightly younger than its predecessor, as 38% of the "Wiz" audience, or 4.31 million viewers, were members of the 18-to-49 set, compared to a 33% hit rate for "Peter Pan."

While turnout for "The Wiz" all but assures that NBC will launch a fourth musical next December -- entertainment chairman Bob Greenblatt has optioned the rights to the "The Music Man" -- the show didn't have the ratings impact of the network's first foray into the song-and-dance space. Two years ago, NBC's staging of "The Sound of Music Live!" delivered 18.6 million live-plus-same-day viewers and a 4.6 in the 18-to-49 demo.

NBC booked $22.4 million in ad sales commitments for "The Wiz," per iSpot.tv estimates. Along with Reddi-Wip, which this year supplanted Walmart as the event's custom-content sponsor, high-profile advertisers included Universal Pictures ("The Secret Life of Pets," "Ride Along 2"), Apple, Mattel's Barbie, Cricket Wireless and Exxon Mobil.

NBC carved out 90 seconds of airtime to promote its upcoming specials "Adele: Live in New York City," "Michael Buble's Christmas in Hollywood" and Dolly Parton's "Coat of Many Colors," as well as the Jan. 14 debut of its new Jennifer Lopez-Ray Liotta cop drama, "Shades of Blue," and the final four installments of the ninth cycle of "The Voice."

If "The Wiz" marked a return to form for NBC's annual musical extravaganza, the show wasn't the only big-reach offering on the Thursday night broadcast schedule. CBS's final "Thursday Night Football" broadcast of 2015 delivered 12.9 million viewers and a preliminary 8.7 household rating. As is always the case with live sporting events, the fast national data for the Packers-Lions thriller is likely to be adjusted significantly upon conversion to final live-same-day ratings. In fact, as the game was decided by a jaw-dropping Hail Mary pass and extended well beyond the prime-time window, the fast national numbers are directional at best.