With Peacock Net in Distress, NBCU Sales Chief Stitches Together Scale and Points to Future of TV Sales
READ THIS NEXT
Beyond MyPillow: the other biggest brand advertisers on Fox News revealed 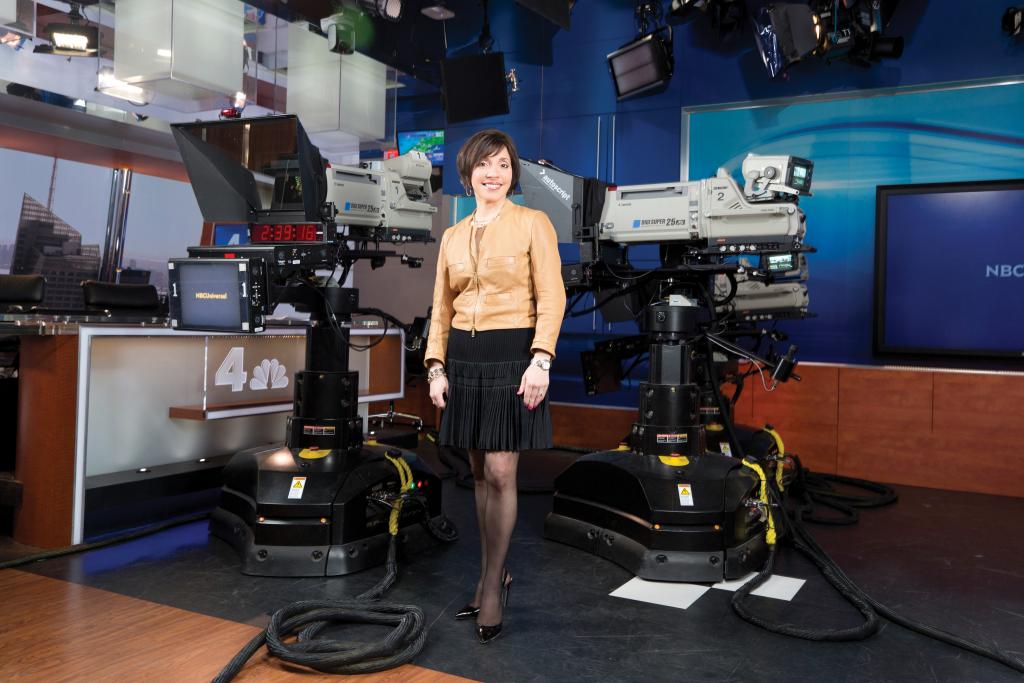 Instead, the president of ad sales for NBCUniversal asserts that she is selling cola, diapers, jeans and more -- a task that's become increasingly complex in a marketplace where viewer fragmentation is the norm.

So when Ms. Yaccarino kicks off talks with media buyers and clients during this month's upfront -- the annual negotiating dance in which TV networks try to unload the bulk of their ad inventory for the new season -- she's going in with a new strategy.

Her focus will be to demonstrate to advertisers how NBCU can cobble together reach using everything in its media arsenal, from cable giants USA, Bravo and E! to digital platforms like Fandango and DailyCandy.

It's an experiment worth watching: The 2013 upfront season not only marks a new era for Comcast's NBCU, but quite possibly the entire TV industry, as the media behemoth goes to market for the first time with its broadcast, cable and digital ad sales teams under one umbrella.

Or as Ms. Yaccarino puts it, "We are really approaching the upfront thinking about it as a new age in media."

It's a bold statement, but Ms. Yaccarino -- interviewed on Good Friday before she went home to Long Island to make struffoli for Easter Sunday -- exudes nothing but confidence. "In a world of fragmentation, where viewership is just going to continue to fragment, we can aggregate for our customers and meet their reach goals better than any other company," said Ms. Yaccarino, who joined NBCU as head of digital and cable ad sales in November 2011. Last September she was elevated to supervise all the company's ad sales and marketing efforts.

Her self-assurance is even more striking considering the current state of NBC. The network secured about $1.74 billion in ad commitments at the last upfront, a volume increase of 1% to 2%, according to Ad Age estimates, but the Peacock is going into this year's selling season from a weakened position. Not only is there upheaval at its late-night and daytime franchises (Jimmy Fallon succeeding Jay Leno on "The Tonight Show" and lower ratings for "Today"), it's a crucial time for the network's prime-time lineup. In the fall, 18-to-49 ratings rose more than 16%, driven by "The Voice," "Sunday Night Football" and "Revolution," even as the demo declined at rivals. But once football ended and other shows went dark, NBC fell flat. The network finished the February sweeps period in fifth place behind Univision -- the only one of the Big Four broadcasters to ever finish in that slot.

"We didn't expect to go from fourth place to first place. We were very happy that we got to that place and very excited," Ms. Yaccarino said. "But we always said that come January and February, with football ended and a very strategically planned hiatus for "The Voice' and "Revolution,' we expected the dip.

"It was planned for," she insisted.

"The Voice" and "Revolution" returned late last month and in their second week, both posted declines. Thirteen million viewers for "The Voice" on April 1 marked a 3% decrease from the season-four premiere, while "Revolution" hit a low for the series with 6.7 million total viewers. Even so, NBC won the night in ratings.

The Peacock is out to prove it's about more than just those shows -- and while the sheer number of assets NBCU has to sell is certainly a positive, Ms. Yaccarino and her team will need to get creative about packaging -- a task Lou Paskalis, VP-global media content development and mobile marketing at American Express, thinks she's more than up to. "Her candor and conviction is refreshing and she has a bias toward innovation," he said. "When you walk away you are invigorated and excited about the possibilities."

Like shaking up the traditional way of conducting upfront business, when broadcast deals are closed before attention turns to cable. The dearth of 18-to-49 gross ratings points in the marketplace makes it essential that conversations change, Ms. Yaccarino argues. Through March, Fox saw viewership for the all-important demo decline 23%, ABC fell 8%, NBC dropped 7% and CBS was off by 3%.

One of her conversation changers is Project Symphony -- an internal initiative NBCU is bringing to the market for the first time. It singles out its own select projects to promote heavily across platforms, including in partnership with Comcast. That will allow brands the treatment that Universal Studios' "The Lorax" received last year when the Dr. Seuss character appeared on the bottom of the screen during TV shows across NBCU's networks, made a cameo on "The Voice" and was plugged on "Late Night With Jimmy Fallon." "The leverage we have is the sheer amount of content and the way we can creatively stitch it together to meet reach needs," Ms. Yaccarino said. "Aggregation of important ratings points to reach precise customers -- whether it's moms or independent women or upscale men -- that's really what we are talking about."

She plans to increase reach by packaging some of NBCU's cable assets along with broadcast.

In that regard, her greatest ally may be the Dunphys. Media buyers believe "Modern Family," which will make its syndicated debut in the fall on USA, could be NBCU's biggest lever during the upfront. The sitcom is expected to change the face of prime time for the network and attract a younger audience than many USA originals.

"They want to sell ["Modern Family'] as prime time," said Gary Carr, senior VP-national broadcast at TargetCast. "They believe it is a high-enough-rated show that they can sell it alongside prime-time originals and try to get premium CPMs," or cost of reaching 1,000 viewers.

It's no surprise the hard-charging Ms. Yaccarino is expected to be aggressive in seeking pricing premiums during upfronts, especially at USA, which historically went after volume at the expense of price. "Linda was brought in to try to make a correction and bring CPMs closer to that of Turner," said Marc Morse, senior VP-national buying, RJ Palmer.

Prior to joining NBCU, Ms. Yaccarino spent nearly two decades at Turner, where she was behind the company's "broadcast replacement" initiative, working to position Turner's suite of cable channels in the marketplace as premium buys -- as good as broadcast. Before leaving Turner for NBCU in 2011, she was exec VP-chief operating officer of ad sales, marketing and acquisitions.

At NBCU, Ms. Yaccarino has her team in place after a reshuffling of executives and adding four new titles to the company's ad-sales roster in February. Since being acquired by Comcast, NBCU has gone through several strategic changes, including naming Bonnie Hammer as head of all of NBCU's cable entertainment properties and moving Lauren Zalaznick to focus on the digital units.

It's an unprecedented move by NBCU for one sales executive to oversee all assets, while most big media companies, like Walt Disney and News Corp., still have broadcast and cable ad sales in silos, said Todd Gordon, exec VP-U.S. director, Magna Global.

But this may not be the case for much longer. The artificial walls that have made broadcast, cable and digital their own entities are dissolving among both marketers and viewers.

NBCU's restructure is expected to streamline the buying process for media buyers and their clients. "We are constantly preaching a holistic approach to digital -- moving ad sales under one roof helps facilitate this," Mr. Gordon said. "It allows us to find audience when and where they are watching. NBCU's new structure allows us to have one conversation."

While the restructure should make it easier for buyers to put together packages for clients, buyers have been finding this reach in other ways for several years. "I can go out to 30 different companies and piece it together myself," Mr. Gordon said.

But we are rapidly approaching a point where prime time will no longer be the most effective outlet for advertisers, said Kris Magel, exec VP-national broadcast at Initiative. "We need to become more creative in finding reach as it becomes scarcer," he said.