Time Warner plans to significantly increase original TV programming on TNT and TBS as streaming video services like Netflix start to pony up for shows like "Dallas," the company said today. 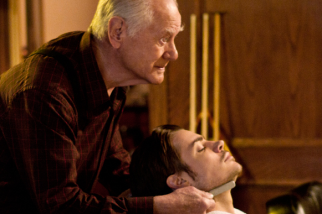 "In the last few months, Turner and Warner Bros. together announced deals with both Amazon and Netflix, licensing serialized shows such as 'Dallas' and 'Falling Skies,' along with animated series from both Cartoon Network and Adult Swim," said Time Warner Chief Financial and Administrative Officer John Martin on a conference call discussing the company's most recent financial results.

"This emerging back end for cable originals is very promising sign, since it should result in production values for cable originals getting even better over time," Mr. Martin said. "In 2013, we'll do even more of the same. That includes entering originals on TNT and TBS year round and increasing the number of original episodes on those two networks by more than 40%."

TNT's original series "Monday Mornings" got weak ratings in its debut on Monday, following an episode of "Dallas" that itself underperformed. And ratings at the Time Warner's cable networks, which also include CNN, slid 6% in the fourth quarter, according to Anthony DiClemente, a media analyst with Barclays Research in New York. But TV continues to fuel more than 60% of the company's annual revenue, making it the focus of CEO Jeffrey Bewkes' growth strategy.

Mr. Bewkes has fostered the development of costly shows such as HBO's "Game of Thrones" and signed expensive rights deals for major sports programming, including the NCAA basketball tournament, to command higher fees from pay-TV providers such as Comcast Corp. and DirecTV. That revenue rose 7% in the fourth quarter, the company said today. TV advertising climbed at a slower pace, rising 3%.

But revenue at the company's magazine publishing unit, Time Inc., dropped 7% to $967 million in the fourth quarter, Time Warner said. Time Inc. CEO Laura Lang, hired by Mr. Bewkes to shape up the division, eliminated about 500 jobs, or 6% of the company's workforce, last week to better manage costs amid declining ad sales.

Mr. Bewkes said on the conference call that Time Warner is not, however, contemplating a dedicated sports channel, something others including NBC Universal are trying to better compete in TV's most high-demand, and costliest, arena.

"We're focused on having the right sports," Mr. Bewkes said. We'll continue to evaluate potential opportunities in the future, but we will do that in basically in the framework of our current existing networks, not as a start-up of standalone sports networks."

For 2013, Time Warner expects earnings to grow in the "low double digits" from in 2012. That includes the effect of the $60 million restructuring at Time Inc.