Netflix announced its first-ever acquisition, snapping up a comic-book publisher and pushing a strategy that has also been popular with major Hollywood studios for years: Superheroes. 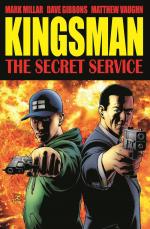 Netflix agreed to buy Millarworld, the publisher behind characters and stories like "Kingsman" and "Old Man Logan," for an undisclosed amount, the company said Monday in a statement.

Netflix and Millarworld founder Mark Millar will jointly produce films, series and children's shows based on comic-book characters for the streaming service, while the publisher will also continue to make comics under the Netflix label. Millar, who runs the company with his wife, Lucy, previously developed comics for Walt Disney Co.'s Marvel that inspired the first "Avengers" film, "Captain America: Civil War," and "Logan," the statement said.

Netflix, based in Los Gatos, California, already streams popular superhero shows through Marvel, which produces "Daredevil" and "Jessica Jones." Netflix also has the streaming rights to new Marvel movies through a larger deal with Disney.

Once an industry outsider, Netflix has emerged as one of the TV industry's most powerful forces and is devoting more attention to movies as rival media companies increasingly withhold their own content because the streaming service's popularity threatens their TV networks. By acquiring Millarworld, Netflix is hedging against the possibility that Disney doesn't renew its deal and Marvel stops making shows for Netflix. 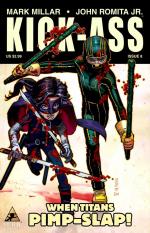 The company has been borrowing to finance the development of films and television shows, along with programs it licenses from other producers. Netflix is also starting to experiment in consumer products like toys and clothing, so buying up Millarworld's comic book intellectual property is a good fit.

Hollywood studios including Warner Bros., Sony Pictures and Disney have been mining superhero franchises for years years from DC Comics and Marvel, sometimes with mixed results. Many studios' well-known series have failed to meet expectations this year and moviegoers are showing signs of fatigue with superhero sequels.

Still, some fresh characters have proven to be a hit among audiences. "Wonder Woman," Warner Bros.' fourth episode in the DC Extended Universe series, and Disney's "Guardians of the Galaxy Vol. 2" both played well at the U.S. box office.