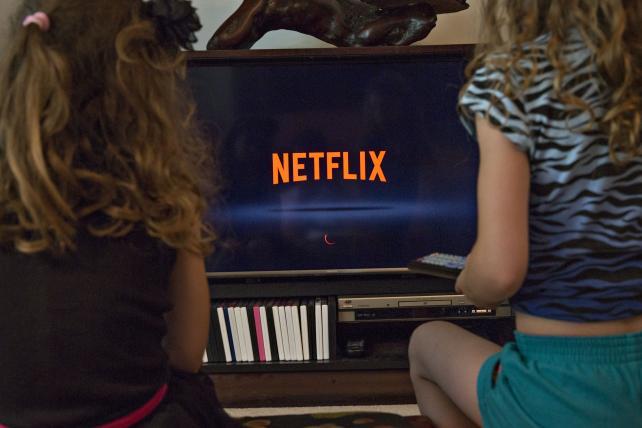 Netflix has begun to reshape the TV business overseas just as it has at home.

The streaming-video provider scored a record second quarter, according to a statement Monday, surpassing forecasts for subscriber growth and boosting its international audience past the domestic total for the first time.

Netflix's blend of TV shows, movies and stand-up comedy TV has started to catch on in some of the biggest countries in the world, from Brazil to the U.K. The company will reach at least 20% of broadband households in five of its largest markets outside the U.S. by the end of the year, according to Instinet.

The world's largest paid online video service added 5.2 million subscribers in the second quarter, far surpassing the 3.2 million forecast by analysts. The company said 4.14 million of those new viewers came from outside the U.S., bringing the international total to more than 52 million.

Netflix is spending more than $6 billion on programming in 2017. While the most of that reflects shows licensed from big Hollywood studios, the company is now releasing a dizzying array of new shows and movies of its own, including new series set in Spain and Mexico during the quarter.

Shares of Netflix soared as much as 9.3% to $176.75. in extended trading, showing investors continue to be focused on subscribers, which soared to almost 104 million in the period. The stock is up 31% this year.

All that growth comes at a cost. Net income of $66 million, or 15 cents a share, fell short of the 16-cent average of analysts forecasts, even while up from a year earlier. The company raised another $1 billion in the quarter to fund original programming.

Even with growth in the U.S. continuing to shine, Netflix has fixated on adding more customers abroad, especially in Latin America and Europe. The company recently opened a new customer-service center in Amsterdam that will employ at least 400 people by next year.

In the second quarter, Netflix released more than 50 new programs, spanning 14 original series, 13 stand-up comedy specials, nine original films, seven original series for kids, six documentaries and two documentary series. The company doesn't release viewership figures for any of its programs, though it has called out older shows "House of Cards" and "Orange Is the New Black" as hits in the past.

Some of the new shows failed. The company canceled "Girlboss" after the first season and a handful of other shows in the quarter. But enough have pleased consumers and critics. Netflix earned 91 Emmy nominations last week, the most in company history and second only to Time Warner Inc.'s HBO.

Netflix has promised international markets will be a source of new customers for years to come. Co-founder and Chief Executive Officer Reed Hastings has held up fellow internet services Facebook and YouTube as models for his company. He wants Netflix to derive 80 percent to 90 percent of its audience from outside the U.S.

Netflix first moved outside the U.S. in late 2010, expanding to Canada, which remains the service's largest international market, according to estimates by Anthony DiClemente, an analyst with Instinet LLC. The U.K. and Brazil are Netflix's two largest markets outside the U.S. and Canada, while Germany is next.

Some media companies and authorities have been less warm to Netflix than consumers. The Cannes Film Festival vowed not to show Netflix movies next year if the company doesn't release them in French movie theaters. Local broadcasters have united to produce programs so they can compete for projects with the free-spending U.S. service.

Yet pay-TV operators and internet providers are more sanguine. Altice NV, recently struck a deal to offer Netflix as an add-on to its internet service in France, Portugal, Israel and the Dominican Republic.