Rush of Women's Sites Gives Marketers a Wealth of Choices 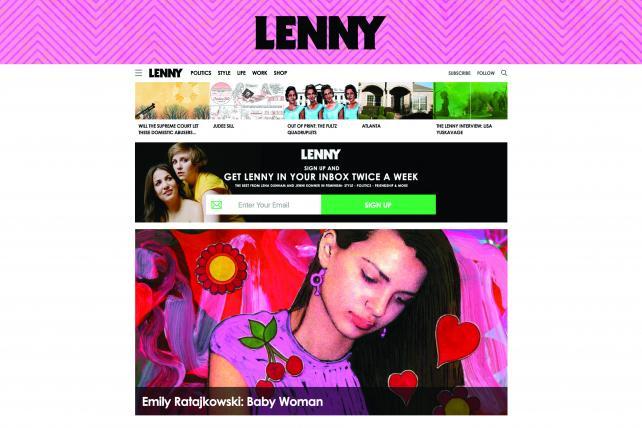 "It's a great time to be marketed to as a woman," said Jonathan Adams, chief digital officer, Maxus Americas.

If most women wouldn't measure an era in those terms, exactly, it's true that nearly every month publishers roll out a digital media product aimed at them and the marketers that sell to them. Most recently, in early February, Time magazine introduced Motto, which offers women "advice worth sharing."

There have been new newsletters: Lenny, from Lena Dunham and Jenni Konner, arrived in September and quickly secured a deal for Hearst Magazines to sell ads and power a website. Clover, a newsletter for teenage girls, began in February. (They joined TheSkimm, a three-and-a-half-year-old newsletter that Oprah Winfrey has enthused about on Twitter.)

"On the digital side, in the past year it's been a bit of a pile-on," said Justin Stefano, co-founder and co-CEO at Refinery29, a veteran of the space at 10 years old. "The overall demand for these types of services is growing by the day, which is why so many people are getting into it."

Beyond their editorial focus, the properties share a strong potential for ad revenue. "This is a massive opportunity," said Bustle founder Bryan Goldberg, citing the ad dollars flowing to digital from print and arguably TV. "The pie is enormous and if more companies are launching sites to reach this consumer, there's a reason for it," he said.

"We've been kind of wondering why more people haven't been jumping into this demographic," he added.

The surge means more options for marketers, especially as publishers go after specific demographic slices such as millennial mothers. Last October, Time Inc. acquired lifestyle site HelloGiggles and Say Media's xoJane and xoVain, each with a distinct voice and likely circle of readers.

"Buyers these days are spoiled for choice," said Deborah Marquardt, who oversees the digital properties that make up the Time Inc. Style Network.

Ms. Marquardt, who joined the company in April 2015 and previously worked on the marketer side as VP-media and integrated marketing at L'Oreal USA, said that Time Inc. doesn't "look at millennial women as a monolith."

Magazine publishers have of course long catered to women, back to the days of the Seven Sisters: Better Homes and Gardens, Good Housekeeping, Woman's Day, Family Circle, Ladies' Home Journal, Redbook and McCall's. But digital competition and changing sensibilities have shaken the field. McCall's rebranded in 2001 as the short-lived Rosie, and Meredith Corp. converted Ladies' Home Journal to a newsstand-only special interest publication in 2014. Though women still read print in big numbers, the land grab today is distinctly digital, even when it comes from legacy print companies. The question is whether readers and advertisers can support every arrival.

Among the publishers, there are niche plays, and there are large-scale plays. Mr. Goldberg claimed there's a "very, very, small list" of companies within the demographic that can meet mimimum requirements for scale, his being one of them. 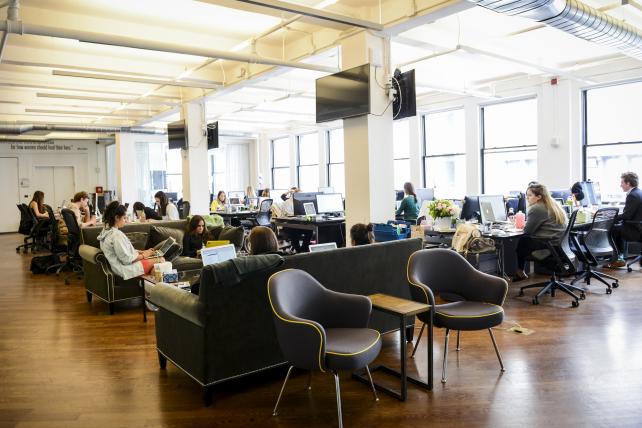 SheKnows Media, which includes brands like BlogHer and StyleCaster, came in second place on ComScore's list of the top 20 lifestyle brands, with about 91 million U.S. multiplatform unique visitors in January. PopSugar, which launched back in 2006, had 43.6 million uniques. Bustle brought in 32.4 million uniques. And Refinery29 brought in about 23 million.

Taking advantage of niche offerings "allows us to get more granular with our advertising, which makes it more effective," said Shenan Reed, North American president of digital for MEC, which handles L'Oreal's media budget.

When advertisers seek big reach and high frequency, however, Ms. Reed said it's easier to partner with "one big site that gets you everybody."

Broadly launched with Unilever as a sponsor, as part of a multi-year agreement. Publisher Shanon Kelley said the deal arose organically.

During a meeting, Unilever had expressed a desire to reach young women in new ways; Vice Media CEO Shane Smith, sensing a potential match, mentioned plans for Broadly. "The conversation kind of evolved from there," Ms. Kelley said.

Broadly "seemed like a natural fit for some of our Unilever brands," said Gail Tifford, VP-media and digital engagement for North America at Unilever, citing the company's ability to connect with millennials. Unilever's Tresemme has so far sponsored three episodes of the Broadly video franchise "A Day With." Virtue Worldwide, Vice's in-house agency, also created a campaign for the brand. "We are pleased with the engagement levels of the films so far," Ms. Tifford said in an email.

"It's a great thing" that so many female-focused digital media sites have launched lately, Ms. Kelley said, adding that it "shows the need for it, now more than ever."

"We all offer something different for everybody," she said. Broadly has a content partnership with Bustle, she noted, so "we're not fighting over anything with anybody, per se."

Jane Pratt, founder of Sassy and Jane magazines, said in an email that xoJane's biggest competition for reader attention comes from "social platforms like Snapchat, Instagram (and any social media that allows you to stalk your ex!), and YouTube."

Business impetus
So are these sites being created first for women or for advertisers? And does it matter? "This is where the money is," Mr. Goldberg told Business Insider in a 2013 interview pegged to the launch of Bustle. "And I'm doing this both because I believe in it but also because it's a business. And a great commercial opportunity."

At the Refinery29 offices on a recent afternoon, Mr. Stefano , flanked by co-CEO Philippe von Borries, praised Mr. Goldberg but said he didn't share that mindset. "Our story is the opposite of Bryan Goldberg's," Mr. Stefano said. "We love Bryan, but we ... weren't trying to manufacture a brand for women. "This wasn't a deliberate play to capture some kind of commercial opportunity," he said,

Instead, he said, the company started making content about shopping and fashion, "and it just so happened that the people that gravitated towards it were women."

"We're seeing a lot of back-engineering right now that's happening from companies that weren't focused on this demographic and decided that they need to be because they want to keep their revenues growing," he added.

Broadly's Ms. Kelley is on Mr. Stefano's side. "Definitely not," she said, when asked if Broadly was an ad play for Vice, which has attracted a predominantly male audience.

Motto began with Geico as a sponsor but has "opened doors to conversations" with brands in categories such as beauty, fashion and packaged goods that aren't mainstays for Time magazine, according to Time Publisher Meredith Long. "Not only was there editorial appeal," she said of the motivation to start Motto, "but there was sales and marketing appeal."

Ms. Reed, of MEC, said she's less concerned with why a publication was started than with the audience it develops. "At the end of the day, our job is to create interest in our clients' products," she said.

"Most media properties are created with an ad category in mind," said Elizabeth Spiers, a media entrepreneur and the founding editor of Gawker. She enjoys reading publications built to bring in specific ad dollars, she said. "But I will say that when publications do shamelessly kowtow to advertisers, it's usually apparent to readers, whether it's made explicit or not," she added. "If your tone is relentlessly cheerleadery and positive when you talk about product, that's always a little suspect."