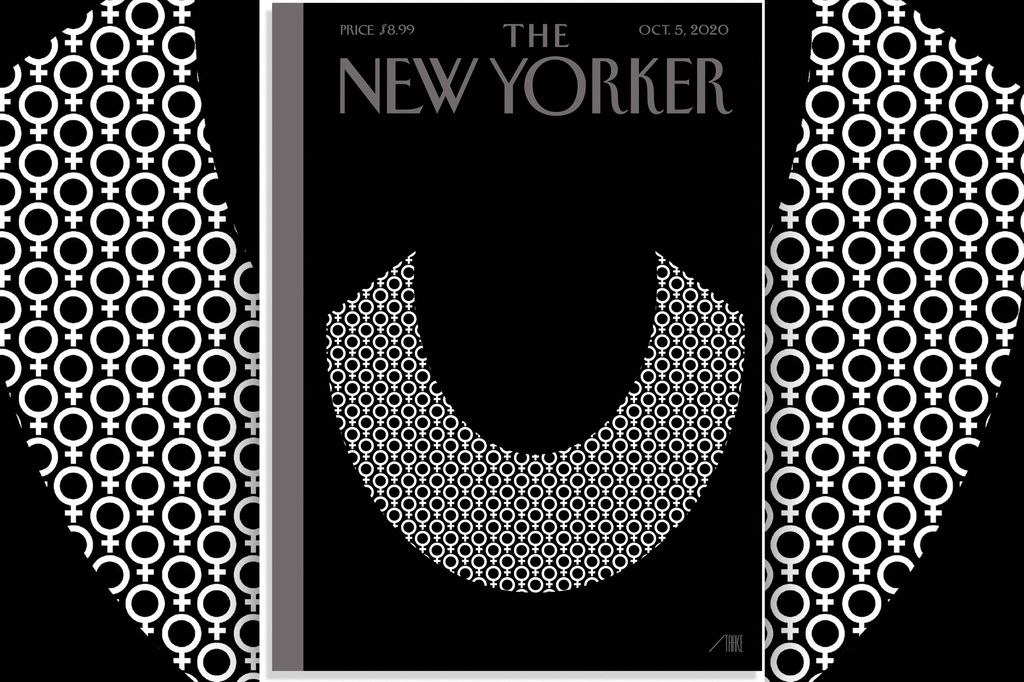 The cover of The New Yorker’s Oct. 5 issue, on sale Monday, pays tribute to the late Supreme Court Justice Ruth Bader Ginsburg with a hauntingly understated illustration by Bob Staake. In a short post about the image published this morning, Françoise Mouly, the magazine’s art editor, writes,

Ginsburg spent nearly three decades on the country’s highest bench, and five decades as a tireless scholar, teacher, and advocate of equality. To commemorate her, the artist Bob Staake said, he “needed to think of a graphic metaphor that embodied Ginsburg’s life and legacy.” He wanted something that was “honest and no-nonsense,” like Ginsburg, and he landed on her lace collar, a symbol not just of Ginsburg but, in Staake’s drawing, of women everywhere.

The result is an image that quietly references Ginsburg’s iconic look in a way that’s instantly recognizable while simultaneously foregrounding the emotional weight of her absence.

In her post, Mouly directs readers to some of the essays about RBG that The New Yorker has been publishing, including Jill Lepore on the justice’s dissents and Jeffrey Toobin on the politics of filling her seat. Keep reading here.