Britain's best-selling newspaper, the News of the World, is to close in the wake of a scandal over allegations that the paper hacked the phones of murder victims and dead soldiers and their families, as well as the phones of politicians and celebrities.

This Sunday's edition of the 168-year-old News of the World will be the last, with all revenues from the sale going to "good causes," News Corp. said. There will be no advertisements in the final issue.

The newspaper has a staff of 200 and sells around 2.6 million copies every week -- almost a million more than its nearest rival -- and claims to be the most read newspaper in the English language. But James Murdoch, deputy chief operating officer at News Corp. and chairman at News International, in a statement said the paper had been "sullied by behavior that was wrong."

"Indeed, if recent allegations are true, it was inhuman and has no place in our company," Mr. Murdoch said. "The News of the World is in the business of holding others to account. But it failed when it came to itself."

The dramatic move comes after a huge commercial and public backlash against the paper in the wake of the allegations that the paper hacked not only the voicemail of celebrities and politicians but a missing girl, who was later found dead, as well as the families of terror victims. Many major advertisers announced over the past two days that they would not take space in the newspaper. Ford, the first to declare its hand, was quickly followed by a succession of big-name marketers including Procter & Gamble, Renault, Reckitt Benckiser, Coca-Cola and Virgin.

Perhaps most important to News Corp., however, the scandal had threatened to derail its planned acquisition of the rest of British Sky Broadcasting Group (it owns 39% of the service). News Corp. is often criticized by investors for investing in newspapers, but the company's decision today clearly signaled that in a conflict between newspapers and satellite TV, it will choose satellite.

Mr. Murdoch's first big assignment was to turn around News International's ailing Star TV in Hong Kong. He was named CEO of BSkyB in 2003, a controversial move sparking complaints about nepotism given his youth (he was in his early 30s) and relative inexperience. Even in his new post higher up in News Corp., the success of BSkyB remains a key part of his portfolio.

Rebekah Brooks, CEO of News International, was editor of the News of the World at the time of some of the worst examples of phone hacking -- such as when the paper hacked into the voicemail of missing schoolgirl Milly Dowler and even deleted messages to make room for new ones. This action gave false hope to the Dowler family that Milly was still alive, and it tampered with the police investigation. 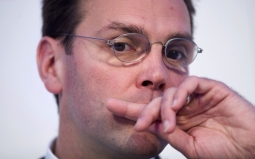 Ms. Brooks has so far held on to her job, and seems to have the backing of News Corp. boss Rupert Murdoch, but it looks likely that calls for her resignation will escalate.

Her successor as editor, Andy Coulson, lost his editorship over the hacking scandal, and earlier this year resigned from his position as Prime Minister David Cameron's director of communications, again because of the phone-hacking allegations. Both Ms. Brooks, a good friend of the prime minster, and Mr. Coulson continue to deny any knowledge that these practices were occurring under their watch.

Police investigating the hacking allegations are said to have uncovered around 4,000 potential victims. In 2006, a News of the World journalist and a private investigator were sent to jail for hacking celebrities' phones, but the story did not end there. That's thanks mainly to dogged pursuit by journalists at the Guardian newspaper who uncovered this week's allegations that the hacking extended beyond the rich, famous and powerful to "ordinary" people, a discovery that has sickened the British public.

The News of the World is a British institution, one that has uncovered a steady stream of scandals about celebrity sex lives, as well as corruption among politicians and royalty. Many observers expect News International to step in and fill the gap left by the News of the World very quickly, most likely by introducing a Sunday edition of the Sun, its weekday tabloid newspaper. It has been reported that the domain name thesunonsunday.co.uk was registered just two days ago.

The News of the World's 200 staff will be able to apply for other jobs at News International, but are currently in a "consultation period," a News Corp. spokeswoman said.