Venerable Newsweekly Headed to Web-Only Under Barry Diller?
READ THIS NEXT
NBCUniversal will shutter its sports network at end of year

Newsweek will eventually transition to an online publication, owner IAC/InterActiveCorp (IACI) said Wednesday, marking the beginning of the end for the magazine's 79-year run as a print weekly. 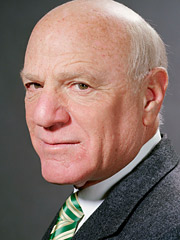 IAC Chairman Barry Diller made the announcement during a quarterly earnings conference call, saying the New York-based company aims to curb investments in the money-losing business. Still, he stopped short of saying it would be a "total" shift to the Internet.

"The transition to online from hard print will take place," Mr. Diller said. "We're examining all of our options."

A plan to move Newsweek to an online-only publication will be announced as early as September, Mr. Diller said. Newsweek became part of his media holdings in 2011 when it merged with IAC's Daily Beast Co., an online news startup that Mr. Diller started with former Vanity Fair Editor Tina Brown. The merger was part of an agreement with the late Sidney Harman, who acquired Newsweek from Washington Post Co. for $1 and the assumption of liabilities.

IAC, which makes most of its revenue from the Match.com and Ask.com websites, reported a 2.1% gain in second-quarter net income to $43.3 million. Sales increased 40% to $680.6 million.